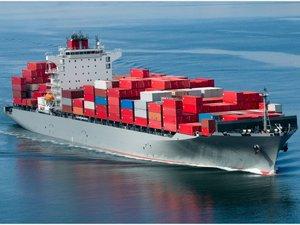 The harm that Britain’s protectionist Navigation Acts imposed on the colonies was a major impetus for the American Revolution. But the United States did not abandon those unjustifiable restrictions. Even before the Bill of Rights was adopted, Congress in 1789 enacted similar protectionist restrictions on coastal shipping. It is centuries past time to eliminate such harmful restrictions and the Jones Act that is their modern progeny.

What is the Jones Act?

The Jones Act (1920) mimics the rationale and terms of Britain’s Navigation Acts. It was meant to guarantee a merchant marine fleet “for the national defense and the development of the domestic and foreign commerce of the United States,” that was “capable of serving as a naval and military auxiliary in time of war or national emergency.” It also restricts trade between American ports to vessels built and owned by Americans, and to vessels whose crew is at least three-quarters American. Unfortunately it works against its stated goals, and does so at a steep cost.

One might make the case that during the early days of the fledgling American government that privateers could be effective military assets. However, the US navy has grown to be the world’s premier naval superpower and has been for longer than most Americans have been alive. It was President Eisenhower in 1961, in his farewell address, that warned of the military-industrial complex that would give America more military than it needed. Despite this the Jones Act has been maintained.

Britain’s Navigation Acts were directly aimed at undermining Dutch sea power, which Adam Smith called “the only naval power which could endanger the security of England.” One could say that the burgeoning Chinese military sea power posses a similar threat today. But restricting America’s coastal trade to American ships cannot appreciably thwart Chinese sea power, military or otherwise, given the tidal wave of goods their ships carry around the world.

The Jones Act’s Record of Failure

In 1950, 43 percent of global shipping was done by US-flagged vessels. According to a 2009 Department of Transportation report that percentage has fallen to 1.5 percent. US-flagged ships engaged in international trade also shriveled by more than three-quarters, and their cargo capacity by more than half, from 1975 to 2007.

Vessels meeting Jones Act requirements fell by more than half, from 193 in 2000, to 90 in 2014. Eligible tanker capacity similarly fell by more than half. In 2013, it was reported that only thirteen ships could legally move oil between American ports, and they were fully booked, severely handicapping shipments to domestic refineries with excess capacity, raising US gas prices as much as fifteen cents a gallon.

Despite Jones Act restrictions to American-flagged ships, almost five times as many ships owned by American interests instead fly a foreign “flag of convenience.” When the vast majority of those a law is intended to subsidize intentionally opt out, making themselves ineligible for domestic shipping, it reveals the Jones Act as a stark failure.

Even if the Jones Act did have positive effects on American shipping, it would do little for our ability to produce naval vessels, because only one of the shipyards that builds the Navy’s primary vessels also builds large commercial shipping vessels.

To justify the Jones Act, American-built, owned, and crewed ships must also provide services that would otherwise be unavailable during hostilities and national emergencies. Here too, the rationale falls short.

In the Persian Gulf war, 85 percent of dry-cargo ships chartered by Military Sealift Command (MSC) were foreign-flagged. In 2014, less than a third of the Maritime Administration’s Ready Reserve Fleet, which transports unit and combat support equipment and resupply, were American-built. The Department of Defense reported that “Unfortunately, very few commercial ships with high military utility have been constructed in US shipyards in the past twenty years. Consequently when MSC has a requirement to charter a vessel, nearly all of the offers are for foreign-built ships.”

The Jones Act also actually undermines emergency preparedness. In the aftermath of Hurricanes Katrina and Sandy, Jones Act restrictions were suspended because they hindered emergency responses. In 2014, New Jersey was not allowed to use a foreign ship to bring rock salt from Maine in time to respond to a snowstorm. A Jones Act-eligible ship required far more time and added $700,000 to the cost. And such problems extend beyond emergencies. Maryland imports rock salt from Chile rather than Louisiana, because shipping it all the way from Chile is three times cheaper than Jones Act domestic transportation.

Despite a lack of evidence of Jones Act benefit in terms of defense or emergencies, its costs are substantial.

Ships meeting Jones Act requirements may cost triple or quadruple what those in Korean or Japanese yards cost. US-flagged ships’ crewing expenses can be a similar multiple of foreign vessels payrolls. Foreign-flagged tankers can transport oil for one-third the cost of American-flagged tankers. Maintenance and repair costs are also far higher.

Jones Act costs are made clearest in Hawaii, Puerto Rico, and Alaska, where it most severely limits supply lines.

In 2014, shipping a forty-foot container from Los Angeles to Honolulu reportedly cost more than ten times shipping it to Singapore. Dependent on Jones Act shipped petroleum for three-quarters of its electricity generation, Hawaii’s electricity prices are almost double the next most expensive state.

A 2012 report found that sending a container of household goods from the east coast to Puerto Rico cost more than double that to nearby Santo Domingo. A GAO study found that some Puerto Rico companies had shifted sourcing from America to Canada, due to cost savings from escaping Jones Act restrictions.

Alaska is restricted from shipping oil by tanker to the lower forty-eight states or to Hawaii, due to Jones Act restrictions. The costs are so extensive that the state’s governor is mandated to use “all appropriate means to persuade the United States Congress to repeal those provisions of the Jones Act.”

The Jones Act doesn’t expand America’s naval defense capability. It has created a sharp reduction in American-flagged shipping and the cargo they carry, which looks more like extinction than preservation of critical capacities. It hinders emergency operations. The otherwise unavailable military support services it is supposed to provide are already being provided more efficiently by foreign ships. And the costs are very high, staggeringly so in Hawaii, Puerto Rico, and Alaska. It is time to jettison Jones and free Americans from its abusive grip.