GET NEWS AND ARTICLES IN YOUR INBOXPrint
A
A
Home | Mises Library | Libertarianism for Dummies! 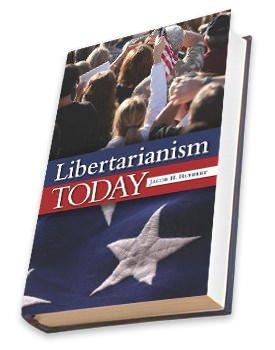 When 2008 presidential contender Ron Paul raised $6 million in a single day, an all-time American record, his opponents and the electorate noticed. A former Libertarian Party presidential candidate had made it on the big stage, and with a unique message of peace, freedom, and prosperity. Suddenly "libertarian" entered mainstream parlance, an ideology few people had heard of or understood.

Even users of the word seem to disagree so much that "debatarian" would appear more appropriate: anarchists versus minarchists, natural rights advocates versus utilitarians, and it goes on. The intricacies of these disputes and the underlying moralism are likely to perplex and turn off the unacquainted. Yet with Libertarianism Today, Jacob Huebert wades into these murky waters, resists unwarranted accusatory language, and emerges with an accessible yet rigorous explanation of libertarianism and its political movement.

Huebert wrote the book with newcomers in mind and assumes no prior knowledge of political science or economics. It is for those "who are curious as to what libertarianism is," says Huebert. The book is, however, more than just a primer, and even long-time libertarians will find plenty to digest, particularly from the account of the libertarian political movement.

Huebert divides his book broadly into two sections: the underlying libertarian idea and then its application to prominent, contemporary issues. He deliberately wrote it to be current, so that the idea's application is wrapped in controversies we can relate to and that still feature prominently in political discourse.

"Every day, in nearly every way, government only gets bigger and more inhumane," he begins. But "libertarians do have some cause for hope — more now, perhaps, than at any other point in our lifetimes." The 2008 Ron Paul presidential campaign was, in his view, grounded in a clear philosophy, and it demonstrated that libertarianism is a credible alternative to the standard party lines. The campaign's constituent-driven success also testified to a broad-based and growing proliberty movement, from the growth of homeschooling to the migration of libertarians to New Hampshire.

"At times these chapters do not make for pleasant reading, but that reflects an intellectual honesty on Huebert's part, an unwillingness to gloss over the darker side of government actions."

The libertarian alternative is that "anyone should be free to do anything he or she wants, as long as he or she does not commit acts of force or fraud against any other peaceful person." This "nonaggression principle" seems widely acceptable at face value, and in "everyday life, people understand and follow this basic libertarian rule. … If you do not like the books your neighbor is reading, or the religion he is practicing, or most anything else he is doing in the privacy or his own home, too bad."

Libertarians, however, apply this idea to the political realm, and that is where the conflict with conventional politics begins. For example, "if one person cannot steal money from another, then the government (which is made up of individual people) should not be allowed to forcibly take money from people, even if it is called taxation." From this perspective, politicians are the criminals preying on innocent individuals, regardless of whether their activities are legalized.

Huebert acknowledges, though, that those subscribing to this basic libertarian idea arrive from many perspectives, including economic reasoning, Randian Objectivism, religious values, and natural-rights theory. Thus, their different interpretations are to be predicted, and many libertarians are willing to accept a minimal "night-watchman state" that provides for national defense, police, and courts. He does not wish to concern himself with the dispute between no-government libertarians (anarchists) and minimal-government libertarians (minarchists), but he will say that the maintenance or increase of government's power is antilibertarian.

Huebert rightly warns readers that libertarianism is "not a complete moral philosophy or a philosophy of life." As a political philosophy, it does not dictate how one ought to live within peaceful activity. His explanation, although technically correct, may confuse readers, since at the same time he asserts the immorality of commonplace institutions such as government schools. Jan Narveson, Canada's leading libertarian intellectual and professor emeritus of the University of Waterloo, Ontario, provides a clearer explanation: "To refrain from aggression against others, that is obviously a moral principle … what is meant is that within the limits imposed by a prohibition against aggression, we may choose as we please."

Correspondingly, Huebert points out that libertarianism is not libertinism. It does not infer, for example, whether or not individuals ought to consume drugs, even if it calls for complete legalization. Again, this point may be counterintuitive to many readers — all the more reason to read the book. Keep in mind that from a libertarian perspective, morality, wherever it may come from, is not determined by a nation's rulers (no divine right of kings). Nor is it determined by a show of hands.

While Huebert concludes that libertarianism and conservatism are not even very similar, he does acknowledge that many libertarians are culturally conservative. This discussion is particularly important because conservatism is more likely than contemporary liberalism to absorb the growing popularity of libertarianism, as has occurred with the Tea Party movement. For those disaffected by moral decadence and an entitlement mentality, a libertarian society would eliminate government programs that attack traditional institutions and conservative personal values.

In Canada, supporters of Canada's Institute for Liberal Studies, a promoter of liberalism in the classical, liberty-oriented tradition, will appreciate that Huebert also assesses how use of "liberal" has morphed. Indeed, libertarians were the original liberals, and classical liberalism had nothing to with a welfare state or the imposition of social values.

Huebert then mixes the ideology with what he sees as the most relevant political issues, such as economic prosperity, healthcare, education, drug policy, and war. He also addresses areas of notable dispute or confusion in the application of libertarianism, such as intellectual property and political participation. Immigration is a surprising omission, since it is both timely and a matter of dispute.

These chapters provide antidotes to many myths that circulate with limited rebuttal. The notion that libertarians and free markets are responsible for the latest economic crisis is one example — as though libertarians advocate a central bank and fiat currency, let alone government-sponsored loan agencies.

The support of libertarians for big business is another debunked myth. So long as these enterprises are compatible with genuine free-market capitalism, fine. But because so many seek subsidies, bailouts, and other forms of coerced largesse, they do not carry the banner of libertarianism.

At times these chapters do not make for pleasant reading, but that reflects an intellectual honesty on Huebert's part, an unwillingness to gloss over the darker side of government actions. For example, he documents the militarization of the US police force, particularly on account of the "war on drugs," including the transfer of aircraft, machine guns, and grenade launchers. And he tells of how this expanded power came with the price of endless tragic stories for people not even involved in drug activities. 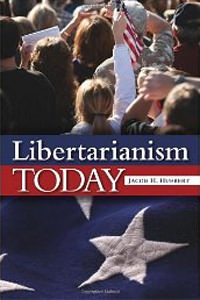 "Huebert's work is worthy of promotion as an accurate, easily readable, and up-to-date introduction."

At odds with the antinationalism theme, Huebert's emphasis throughout is almost solely on the United States, especially in the applied chapters. While he admits his anarchist orientation (and presumed support for open borders) his references to events or thinkers in neighboring nations such as Canada are few and leave much to be desired. The Fraser Institute and its economic-freedom index receive a mention, but that's it; this lack of interest propagates the stereotype that the rest of the world is lost on Americans. The front cover, colored with the American flag, further highlights this shortcoming. Potential readers would do well to resist swift judgment, since the underlying theme does go beyond geographical location. Narveson is one Canadian who still hopes the book will be widely read and understood, but Huebert's focus on incremental court battles and intricacies of American politics, probably on account of his legal profession, based in Ohio, is the greatest flaw of Libertarianism Today.

What Libertarianism Today has to offer, though, far overweighs this flaw. Huebert's work is worthy of promotion as an accurate, easily readable, and up-to-date introduction to a movement of growing relevance.

This review originally appeared online in c2c: Canada's Journal of Ideas in January 2011.

Fergus Hodgson is editor in chief of the PanAm Post, a bilingual publication that spans the American continent. Originally from New Zealand, he came to the United States to study economics at Boston University and now lives in Miami, Florida.