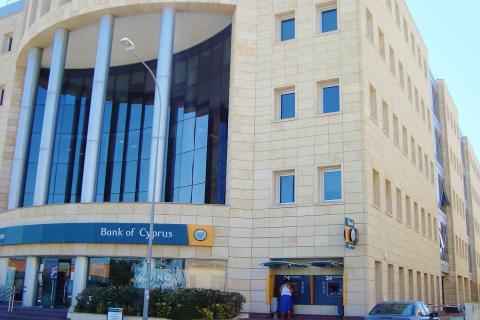 On March 16, 2013 an alarm should have gone off in the minds of any who held money in a bank anywhere in the world. On that day, banksters attempted an unprecedented money grab of depositor money held at banks in Cyprus.

In a new plan to bail out the government of Cyprus, under the watchful eye of the European Commission, the International Monetary Fund, and the European Central Bank (the “troika”), depositors in Cypriot banks were to be hit with a one-time tax on their savings, as part of a €10 billion ($12.96 billion) bailout.

The eventual terms of the deal were changed and small depositors were protected against the tax, while larger depositors are now to suffer even greater losses of 40% or more; some may lose everything.

There are many questions to be asked and lessons to be learned from this event.

The first lesson to be learned is not to trust pronouncements about the safety of banks. Chris Rossini writing at EconomicPolicyJournal.com detailed pronouncements, almost up to the minute of collapse, from the global banking community that Cyprus banks were safe.

Rossini wrote, for example, that on Feb 25, 2011, The Banker magazine ranked the Bank of Cyprus among the leading banks of the world.

A second lesson to be learned is that your money in a bank is most unsafe over a weekend, especially a long weekend. As I note above, the announcement of a depositor money grab was made on a Saturday. It also happened to be an extended weekend, with Cypriot banks closed that Monday for a holiday. That the announcement was made over a long weekend was not likely a coincidence. Government officials like to take such draconian steps when banks are closed so that they can do their taxing and freezing of accounts when most bank employees are not around, so that no one can attempt to beat the freeze.

When banks eventually re-opened, deposit accounts had already been taxed and those taxed amounts deducted, while other funds were frozen. There was nothing a junior bank employee could do for a loyal customer. There were no workarounds. The money was taken before the banks re-opened.

On another interesting note, the president of Cyprus likely tipped off his crony friends as to the deposit tax, before it was announced.

Via the UK’s MailOnline we learn this news:

Cypriot president Nikos Anastasiades “warned” close friends of the financial crisis about to engulf his country so they could move their money abroad, it was claimed on Friday. The respected Cypriot newspaper Filelftheros made the allegation which was picked up eagerly by German media.

The Cyprus newspaper did not say how much money was moved abroad but quoted sources saying the president “knew about the possible closure of the banks” and tipped off close friends who were able to move vast sums abroad.

Italian media said the 4.5 billion euros left the island in the week before the crisis.

When Leona Helmsley infamously said that, “Only little people pay taxes,” she wasn’t kidding. Crony elitists not only get tax breaks but they are often tipped off when governments are about to make moves that will result in huge losses for many. In the early 1980s, I was tipped off to the devaluation of the Mexican peso by a Mexican national who was affiliated with the Mexican mission to the United Nations. Just weeks before the devaluation of the peso was to be announced, top Mexican officials affiliated with the UN were positioning themselves to profit from the devaluation.

Another lesson to be learned is that crony government operatives have favorites. During the financial crisis, the Treasury did not come to the rescue of Lehman Bros. or Bear Stearns, but did come to the rescue of Citigroup and Goldman Sachs. In the Eurozone, we see that Cyprus bank deposits were treated differently and more harshly than deposits of Greek banks. In other words, if in the future you see a certain bank’s deposits being protected in full, don’t assume that the same will be true for your bank.

We are in an era of perpetual financial crisis, with government officials making up rules and changing them as events develop.

So much for lessons learned. As for questions that must be asked, Steve Forbes of Forbes Magazine raised an important point about the possibility of “emergency” rules if another crisis occurred in the United States:

Don’t put it past our politicians to try it in a financial emergency. The breaking of contracts by the U.S. government, unfortunately, has happened before, and what’s under way in Cyprus shows that feckless politicos will continue to try such things.

Thus, one question that must be asked is, was the crisis in Cyprus and the attempted across the board tax on deposit a miscalculation by the troika or is it part of a grand plan to create more crisis that will result in more global government control of the system?

The grabbing of tax money in Cyprus raises instability in the euro zone and, indeed to some degree, throughout the world.

If headlines begin to warn, again, of financial crisis heating up in, say, Spain or Italy, knowing what happened in Cyprus, will not depositors begin pulling money out of these banks?

Consider especially that depositors are faced with mainstream reports like this in the New York Times:

In a move that could set off new fears of contagion across the euro zone, anxious depositors drained cash from automated teller machines in Cyprus over the weekend, hours after European officials in Brussels required that part of a new €10 billion bailout be paid for directly from the bank accounts of ordinary savers.

The decision—a first in the three-year-old European financial crisis—raised questions about whether bank runs could be set off elsewhere in the euro zone. Jeroen Dijsselbloem, the president of the group of euro area ministers, declined Saturday to rule out taxes on depositors in countries beyond Cyprus, although he said such a measure was not currently being considered.

Then you have comments like this from leading European finance officials:

“A rescue programme agreed for Cyprus on Monday represents a new template for resolving euro zone banking problems and other countries may have to restructure their banking sectors,” the head of the region’s finance ministers said.

“What we've done last night is what I call pushing back the risks,” Dutch Finance Minister Jeroen Dijsselbloem, who heads the Eurogroup of euro zone finance ministers, told Reuters and the Financial Times hours after the Cyprus deal was struck.

“If there is a risk in a bank, our first question should be ‘Okay, what are you in the bank going to do about that? What can you do to recapitalise yourself?’ If the bank can’t do it, then we’ll talk to the shareholders and the bondholders, we’ll ask them to contribute in recapitalising the bank, and if necessary the uninsured deposit holders,” he said.

Aside from the issue of whether depositors in a fractional-reserve system should be first in line to receive a haircut, the fact that key officials are saying this, is setting the stage for bank runs, especially in the euro zone.

As Murray Rothbard pointed out many times, the fractional-reserve banking system is inherently bankrupt. It is only protected by the fact that central banks can print money to bail out weak banks in the system. That the elite have chosen, for whatever reason, not to protect some banks via money printing has resulted in a new element of confusion throughout the banking system. When will the ruling elite determine that a bank in trouble should be protected by newly printed money, and when will depositors be forced to absorb a part of the cost? The decisions on this seem to be made in ad hoc manner.

Thus, everyone needs to be on alert about their money at all times. The Cyprus crisis, and how depositors were treated, is certainly an object lesson for the observant that some money must be kept outside the banking system. Further, even money that is kept within the system should be diversified between various banks. Since rules appear to change almost randomly, it is never known what rules will apply to what financial institutions and when.

The ultimate lesson of Cyprus is not to trust the current banking system. It can surprise you at any time, but especially on long weekends.

Robert Wenzel is the editor and publisher of the Economic Policy Journal.