GET NEWS AND ARTICLES IN YOUR INBOXPrint
A
A
Home | Mises Library | The Left’s War on Uber, Sharing, and the Poor

The Left’s War on Uber, Sharing, and the Poor 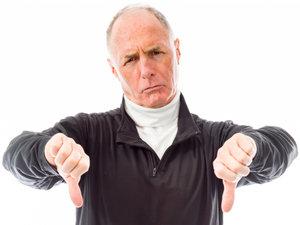 Uber has jumped on the scene as the quintessential example of the new technology-driven “sharing economy.” The company allows customers to request rides from a mobile app, which will select a nearby Uber driver to taxi you to your desired located. Uber itself has simply exploded, and is now worth some $40 billion dollars and made around $2 billion in revenue in 2013.

And it’s not only a successful business story, it’s great for customers. A study from UC Berkley found that,

Compared to Uber, Lyft [one of Uber’s competitors] and others, taxis are slow to pick up passengers — if they come at all. No matter the time of day or week … around 90 percent of ridesourcing customers were picked up in less than 10 minutes. … Those same percentages were dismal when asked of taxi customers. During the week, less than 40 percent were picked up within 10 minutes.

And Uber is also much cheaper than taxis, even with their dreaded “surge pricing” (which, as Walter Block has shown, is a great way to reduce traffic congestion). So obviously, as with most companies that are hugely successful and offer a great service that customers love, left liberals hate it.

Uber Must Be Stopped

First, the self-parody that is Salon told us “Why Uber must be stopped” because Uber is the “embodiment of unrestrained hyper-capitalism” and has tried to hire away drivers from its competitor Lyft and what not. Salon then asks “The Real question … what happens when a company with the DNA of Uber ends up winning it all?” The answer is (1) it’s highly unlikely and (2) competition would come in and take a piece of “it all” which has happened over and over and over again (unless of course the government makes or protects it).

Now comes Leo Mirani at Quartz telling us that “the secret to Uber’s success is wealth inequality.” He starts off well enough,

Of the many attractions offered by my hometown, a west coast peninsula famed for its deep natural harbor, perhaps the most striking is that you never have to leave the house. With nothing more technologically advanced than a phone, you can arrange to have delivered to your doorstep, often in less than an hour, takeaway food, your weekly groceries, alcohol, cigarettes, drugs (over-the-counter, prescription, proscribed), books, newspapers, a dozen eggs, half a dozen eggs, a single egg. I once had a single bottle of Coke sent to my home at the same price I would have paid had I gone to shop myself. … Various companies are described now as “Uber for massages,” “Uber for alcohol,” and “Uber for laundry and dry cleaning,” among many, many other things.

Mirani then asserts that it shouldn’t be surprising that Uber got started in the aftermath of the financial crisis because “there needs to be a large enough labor class willing to work at wages that customers consider affordable and that the middlemen consider worthwhile for their profit margins.”

He says this as if providing jobs to people who need them is a bad thing. Yes, if everyone was filthy rich and could drive around in gold-plated limos driven by state-of-the-art Johnny Five robots, Uber would be unnecessary to both the people it employs and the customers it serves. So what?

The real question is if Uber provides a worthwhile opportunity. One would think so since its employees can quit whenever they want. Furthermore, according to an analysis by John Kuo, the average Uber driver makes $15.97 per ride. So in order to make $50,000/year, a driver would need to give sixty rides per week plus another five to ten to pay for the insurance, gas, and maintenance. A much less scientific investigation by Johana Bhuiyan gave her an average of $21.90/hour minus the cost of gas and wear and tear. While this is certainly less than what Uber has claimed in the past, it’s still not bad either.

It must also be noted that the American taxi system (which Uber is displacing) is largely trapped in a cartelized system that prevents entry from newcomers. In New York City, for example, a taxi cab medallion (required by all taxi-drivers) costs $817,000! And that’s down 17 percent from 2013. Talk about keeping the little guy out. As Josh Barro notes, “Most major American cities have long used a system to limit the number of operating taxicabs.” And what is the only reason those prices are going down? You guessed it, “… competition from car-service apps like Uber and Lyft.”

Instead, it is a rerun of the oldest sort of business: middlemen insinuating themselves between buyers and sellers.

All that modern technology has done is make it easier, through omnipresent smartphones, to amass a fleet of increasingly desperate jobseekers eager to take whatever work they can get.

Middlemen don’t just “insinuate themselves between buyers and sellers.” Instead, they serve a vital purpose to a well-functioning economy by facilitating transactions. The world is a vast place and the right buyer and seller can have a hard time finding each other. Middlemen bring them together. What you want is the middleman to be as streamlined and efficient as possible. So back in the day we had travel agents. Now, while a few, usually specialized, travel agents are still around, we have Expedia and Kayak. These are much easier, cheaper, and more efficient, i.e., they are better middlemen. And what could be easier and more efficient than the Uber app?

The Genius of the Sharing Economy

Angry taxi drivers have effectively gotten France to ban Uber. And they’ve done the same elsewhere too. Some liberals seem to think this is a victory for the little guy. In reality, it’s little more than another example of Woods’s Law.

The sharing economy actually allows the normal person to compete with massive corporations through the conduit of new, more dynamic companies. Take Airbnb. Just like Uber, Airbnb is cheaper than hotels, allowing consumers to save money. But it also allows random Joe’s and Jane’s to compete with the Hilton and Motel 6.

A friend of mine is starting a new company and trying to live off of as little as possible. He uses Airbnb to rent out his own home whenever he’s out of town (or sometimes he’ll just sleep at a friend’s house or the office). He said he made $10,000 last year from it and this has helped him save money to grow his entrepreneurial venture.

Another way to earn some spare money is RelayRides which allows people to rent out their cars. FlightCar offers cheaper car rentals by letting people rent out their car while they’re gone on a flight instead of paying for extended-stay parking. Those who offer up their car get free parking, a cut of the rental fee and a free car wash. Those who rent get a cheaper rental.

Prosper allows people to loan each other money (i.e., cutting out the middleman). Kickstarter can get projects of wildly differing sizes and variety funded. Adam Carolla is even funding his new movie this way. Take that Hollywood! And then there’s Elance, which provides a great way for freelancers to find work. And let’s not forget Craigslist, which is basically one giant garage sale.

One of the most brilliant new programs for the sharing economy is Patreon. Before, popular artists, entertainers, and educators on the internet had to rely on small ad revenues, gimmicky merchandise or inconsistent donations. Now, fans of various creators can offer a monthly donation that will automatically be withdrawn from their account, effectively giving these artists a salary.

Personally, I’m a big fan of a small video production company named Red Letter Media which produced the absolutely hilarious take down of the Star Wars prequels. I have no idea what they were making before, but now they have 1,639 patrons and make $9,752 per month. In other words, Patreon has allowed a few small timers from Wisconsin to manage a $100,000 a year business critiquing movies and making movies of their own. (This also puts the lie to the idea that without copyright, artists would all starve. People will support artists they like, especially when given adequate conduits to do so.)

Uber and the sharing economy may have their flaws, but overall the sharing economy is a powerful, liberating force that represents the dynamic nature of a free market and a free society. It has created a series of streamlined, efficient “middlemen” that allow average people to compete with giant corporations. It is creative destruction at its finest and we should embrace it.