Keep the House of Lords 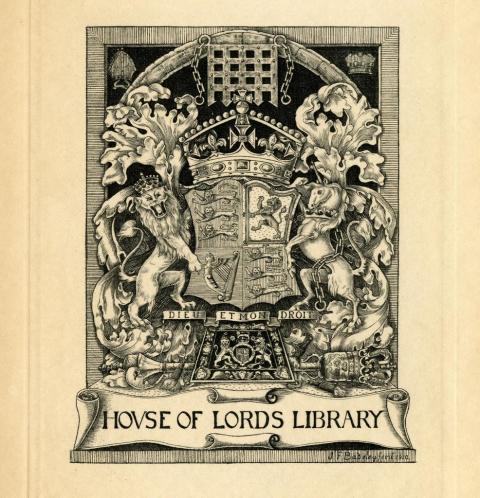 The UK government is contemplating a radical reform of the British political system through far-reaching changes to the Parliament's second chamber, the House of Lords. The socialists who favor this reform know exactly what they are doing. The result cannot be good for liberty and property, which have been under attack in Britain for a very long time.

The House of Lords is a part of the ancient triumvirate in the British constitution, which also includes the monarchy and the Commons. Originally, the lords combined with the "commoners" to challenge and check the power of kings.

Nowadays, because Britain has become a Continental-style democracy, the House of Commons is more of a docile pet of the government than a severe watchdog for people’s freedom. "Commoners" are elected, by unqualified franchise, to support the government--and the lords are alone to amend and scrutinize and occasionally challenge the activities of the government-dominated Commons.

Edmund Burke once described the House of Lords as "the chief virtual representative of our aristocracy, the great ground and pillar of security to the landed interest."1 That means something very far from the ideological roots of Tony Blair’s socialist government.

Still today, the House of Lords quite differs sharply from other, and apparently similar, upper chambers. Originally, its uniqueness was marked by the presence of hereditary peers--lords who inherit their title from their fathers (or, less frequently, their mothers).

The 1958 Life Peerages Act enabled the prime minister to appoint life peers (presumably notable figures in the British society), who hold their position for their lifetime but do not hand it down to their heirs.  These are known as  "day boys" by the hereditaries; as "Tony’s cronies" by today's Tories. Also in the chamber are 26 bishops, representing the Church of England, and 12 law lords.

The situation has changed since the Labour’s House of Lords Act of 1999 removed all but 92 hereditary peers. A further 10 were immediately granted life peerage by the prime minister, thus allowing them to stay in the Lords. Initially seeking the removal of all hereditary peers, Mr. Blair was forced to approve this compromise before the Lords would approve his legislation.

The 92 hereditary peers who remained were elected by the other peers, after they  published 75-word manifestos justifying their retention.

But Tony Blair’s government said reform would not stop here. Anyhow, the government has not yet decided what further changes to make to the Chamber of Lords which, by other countries' standards, is still absurdly undemocratic.

A royal commission, chaired by Conservative peer Lord Wakeham, was established in 1999 to ponder and make recommendations on the role and functions of the second chamber. It represents a compromise between the government supporters, who wanted a fully nominated chamber, and more radical reformists, who wanted a directly elected second chamber.

Lord Wakeham’s recommendations sounds like the typical gospel of egalitarian propagandists. The royal commission suggests that the future House of no-more-Lords must be characterized by:

This blueprint looks like a politically correct make up of a House without Lords.

The reasons for this reform are political and ideological. The House of Lords is, in fact, widely scorned as "undemocratic:" in the words of political scientist John Kingdom, "one of the most curious of the curious anomalies in British public life, defying all logic of democratic and secular politics."2

The same concept of an unelected upper chamber mocks the core principle of democracy: the idea of the unqualified franchise, the "one-man-one-vote" dogma that makes all people equally entitled to gain political benefits (in spite of how, or whether, they contributed to them).

As Anthony de Jasay remarked, democratic systems presume "the principle of simply adding votes regardless of who cast them and regardless also of the intensity of preference or the weight of concern that causes each to be cast."3

This very idea is dramatically challenged by the very existence of the House of Lords--which implies that some individuals are more qualified than others are to express a judgment on a particular issue.

Hans-Hermann Hoppe has explained that

"the selection of a king is by accident of his noble birth. His only characteristic qualification is his upbringing as a future king and preserver of the dynasty and its possessions. This does not assure that he will not be evil, of course. However, at the same time it does not preclude that a king might actually be a harmless dilettante or even a decent person."4

That description applied to the hereditary peers as well; there is not an a priori assurance that they are all good people--honest men who were not making their political decisions upon the mere envy for others’ wealth and success. Many of them have been very bad.

But what the House of Lords lacked was a mechanism to achieve the systematic presence of people determined to the exploit their fellowmen--that is, democracy.

The lords were selected randomly--regardless of their particular political skills, their willingness to promise what could not be kept, their promptness to build a consensus, their charming desire to brainwash the voters.

In addition, we may add that the lords were originally landlords--which means that they were people far more concerned with the protection of their own property rather than with stealing the property of others.

In the pre-democratic, "natural" system of social choice,5 we may imagine a three-person game: the aggressor, the victim, and the possible ally of one or the other. The aggressor is typically the "have-not," who wants to conquest and to exploit the "have" (which becomes the victim). The help of the third player is often indispensable to determine the winner of the game.

The third player acts following a structure of incentives, just as the other two do. And, among the most important incentives, there is the reality of whether he does (or does not) possess any property. If he does, before joining an aggression coalition he must consider that, in the long run, participation to such aggression means participation to the delegitimization of the concept of private property. In turn, that means he established a "precedent" that other people may be willing to follow in the future--to expropriate him.

We can confidently state that such reasoning also applies within a chamber such as the House of Lords. That could be useful to explain the proverbial "conservatism" of the lords, who were actually trying to preserve that order that made possible for their family and their estate to flourish.

The lords’ "conservatism" is still one of their marking characteristics; it is not a coincidence that with the abolition of the hereditary peers, a main source of opposition to Mr. Blair’s government was actually removed. Predominantly Tory, the hereditary peers had fueled a number of revolts against Labour’s legislation, including major opposition to Labour’s welfare plans.

Even more important, we must remember that if, from time to time, politicians are fond of such labels as workers’ "full employment," they are always concerned with politicians’ "full employment." Democratizing the House of Lords would create lot of room for more politicians--an extraordinary job opportunity that can double the number of British elected rent-seekers in a few short years.

It is true that even now political leaders can be raised to the peerage by the prime minister, and they usually are. But the present House of Lords is a chamber that does not guarantee to its own members those benefits typical of an elected chamber.

Notably, the lords are unpaid, which means that being a lord is not a political job--although it is a way to influence the British political life, of course. It means prestige and a wide audience for your speeches; it means an impressive title to announce yourself with at some parties--but it doesn’t mean a rent.

The House without Lords dreamed up by Tony Blair will, of course, be formed by paid members--paid to be "at their best" while accomplishing their collective effort to make up a "common good" for Britain--at taxpayers’ expense. It removes what was the last bulwark in the way of mass democracy, which means one last institutional buffer between the state and the individual.