GET NEWS AND ARTICLES IN YOUR INBOXPrint
A
A
Home | Mises Library | Jeb Bush’s Advice: Work Harder, Not Smarter 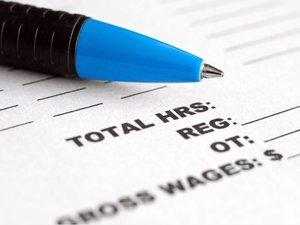 In a recent interview, Jeb Bush said that in order for the United States to reach a higher level of economic growth, “people need to work longer hours.”

Leftists immediately jumped on this comment as proof that Bush is horribly out of touch with ordinary working Americans.

Bush soon backtracked and attempted to explain that what he really meant was that there are too many people working fewer hours than they would like. In other words, Bush explained, work force participation is too low for a society in which many people would in fact like more gainful employment.

It is, of course, impossible to know Bush’s true intent. And, the fact that Bush — who’s never had to worry if he’ll make next month’s house payment — is a member of the crony-capitalist powerhouse known as The Bush Family doesn’t necessarily prove that he is unaware that people can only work so many hours in a day.

What Bush’s comment likely betrays however, is a lack of understanding about how economies actually grow, thrive, and become more productive. If Bush truly wanted to do what was necessary to spur higher rates of economic growth, he would be talking about slashing the power of the central bank, making draconian cuts to government spending, abolishing income taxes, and gutting government regulations. He would condemn all government bailouts and advocate for a return to hard money, such as gold.

I won’t be holding my breath for Bush to credibly support even limited versions of these positions, however.

But Bush isn’t totally wrong, either. To a certain extent, working more hours can produce more wealth. Obviously, working eight hours chopping wood produces more chopped wood than can be done in only four hours. At least, this is true if all I have is an axe and some wood. So, in this case, more work means more production.

But, if I can get my hands on a machine that can chop wood faster, I’ll be able to get the same amount of chopped wood in only a fraction of the time.

The problem with the “work more to get wealthier” position is that it assumes a static world in which entrepreneurship and technical innovation can’t be used to produce more wealth without increasing the number of hours worked.

On the other hand, when your thrifty grandpa told you to “work smarter, not harder” he assumed the possibility of labor-saving innovation.

So How Do We Make Work More Productive?

Studies have long shown that once workers work beyond fifty hours in a week, they become considerably less productive and even a danger to themselves and other workers in many environments. So there is a real physical limit to simply working more. The way we get beyond these limitations is to use techniques and technologies that allow for more production in less time.

The first step, of course, is to think up new ideas for labor-saving strategies. Ultimately, though, implementing those ideas requires the use of previously saved wealth. In other words, we need money to build these labor-saving machines (assuming a money-based economy).

And how do we get this money? Well, we have to save it up by refraining from consumption. Ultimately, then, the key components to having more productive workers is to save, and then to put those savings to good use. Mises explained the necessity of all these components (in The Anti-Capitalistic Mentality):

Neither have capital or capital goods in themselves the power to raise the productivity of natural resources and of human labor. Only if the fruits of saving are wisely employed or invested, do they increase the output per unit of the input of national resources and of labor. If this is not the case, they are dissipated or wasted.

Unfortunately, we have an economy and a government that are both oriented against all the necessary ingredients for sustainable growth in productivity, savings, and innovation.

First of all, there is the regulatory state which favors large, politically-connected industry players at the expense of new products, new firms, and new innovations. New firms that endanger incumbent firms will be outlawed or penalized so as to make them less competitive. Advances in productivity will be lost.

And then, of course, there is the central bank which, by artificially suppressing interest rates, reliably punishes saving and encourages spending on consumer goods. The end result is an economy geared toward consumption, and not toward saving and investment. This, in turn, stifles the creation of true loanable funds that can be put toward a production-based economy instead of a consumption-based one.

And finally, there is the problem of inflationary fiat currency, and the effects of an inflationary economy on savings, investment, and real wages. Our present monetary situation of slow but relentless inflation leads to falling real wages while disposable income goes not into future production, but into present consumption.

Rothbard explained how an economy based on hard money would be different:

The gently falling price level [would] mean a steady annual rise in the purchasing power of the dollar or franc, encouraging the saving of money and investment in future production. A rising output and falling price level signifies a steady increase in the standard of living for each person in society. Typically, the cost of living falls steadily, while money wage rates remain the same, meaning that “real” wage rates, or the living standards of every worker, increase steadily year by year. We are now so conditioned by permanent price inflation that the idea of prices falling every year is difficult to grasp. And yet, prices generally fell every year from the beginning of the Industrial Revolution in the latter part of the eighteenth century until 1940, with the exception of periods of major war, when the governments inflated the money supply radically and drove up prices, after which they would gradually fall once more. We have to realize that falling prices did not mean depression, since costs were falling due to increased productivity, so that profits were not sinking.

An economy based on sound money leads to increased productivity, increases in real wages, and investment in the future. What we have now, however, is the opposite of that. We have a consumption-based economy in which real wages for many fall due to price inflation, and what wages are earned are better spent rather than invested — which means less capital is available for productivity-increasing innovations.

We Want a Smaller Work Force

In his expanded explanation, Bush said that we need more people working more hours to increase productivity. That would be true if the only way of building wealth was to work more in a world devoid of improvements in productivity.

Fortunately, we don’t live in that world, and in the world we do have, our goal should really be to achieve continued growth in standards of living while having fewer people work fewer hours.

It was the Industrial Revolution, after all, that allowed much of humanity to escape, for the first time, the daily drudgery of working long hours with no relief in sight, and with little time left over for education, leisure, or charitable activities.

Since then, thanks to a limited but meaningful victory of the ideology of laissez-faire, worker productivity has continually increased in the centuries since the Industrial Revolution first appeared, and today, we would hardly have to work more than a couple of days a week to achieve the same standard of living enjoyed by our ancestors in the eighteenth century. We don’t work more hours than our great-great grandparents. We almost certainly work fewer hours — by choice.

Bush is right, however, that workers should have the opportunity to work more hours if they wish. He’s right that our present economy has forced many workers into part time work. But if more economic growth is what we want, we have to look beyond a goal of having more people do more work or the misguided idea that more employment is the key to a better economy. True economic growth comes from saving, investment, and an entrepreneurial economy that is becoming less and less possible in our present world.