Introduction to Robert LeFevre's The Nature of Man and His Government 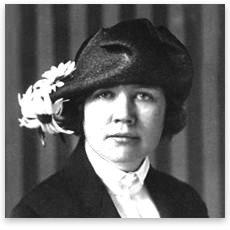 Introduction to Robert LeFevre's The Nature of Man and His Government, by Rose Wilder Lane

This little book is important because it is revolutionary thinking.

To appreciate its value correctly, we should remember the World Revolution's career so far.

Not two centuries ago, refugees and castoffs on a wild coast between an empty ocean and an unknown wilderness, farther from the world's affairs than Samoa is now, made an epochal discovery of man's real nature. "We hold these truths to be self-evident," they said, "that all men are created equal, that they are endowed by their Creator with certain unalienable Rights, that among these are Life, Liberty —"

A declaration that liberty, as real as life, is the nature of "all men," challenged the basic belief and the practical arrangements of the whole world. And to defend it these low-class underlings rose, "a rabble in arms," and defied the world's Great Powers.

They came from frontier cabins along the James, the Delaware, the Connecticut, the Mohawk, walking in moccasins and fringed deerskin up the trails of Virginia, the Carolinas, York State, the Hampshire Grants, to meet the solid fire of the British Regulars with musket shots and their revolutionary war cry, "Liberty and Property!" And a poor refugee printer spoke for them all: "These are the times that try men's souls… There hath not been such an opportunity since the time of Adam. We have it in our power to make a new world."

They fought and lost, fought and lost, fought again — and lost, for eight years, to a contemptuously broken treaty and a pause. The Great Powers stood around them, ignoring them, preparing to fight each other for the new continent: Spain south and southwest of them, France in the west, Great Britain northwest, north, and using their eastern ports. These enemies' secret agents were among them, bribing, conspiring, plotting. The commander of their little army was in the pay of the king of Spain. The Republic of Vermont was a wavering ally. Many New Englanders were ready to return their States to Great Britain. In that precarious time their President, John Quincy Adams, discussing their policy, remarked in passing:

"When the day shall come for your representatives to determine whether the territories of Ceylon and Madagascar, of Corsica and Cuba, shall be governed by rules and regulations emanating from your Congress … and whether their people shall ultimately be constituted into States represented upon the floor of your national legislative assemblies…."

For their discovery of the natural liberty of "all men" was world-revolutionary. The world of God-Kings, of Ruling Classes and wretched peasants, serfs, slaves enduring brutality, hunger, misery, could not survive that discovery.

They fought for it again — losing on land, their Capitol looted and burned, but winning on the Great Lakes, boldly winning in Britain's own coastal waters — to the Treaty of Ghent, a real peace; and at last, after forty years, real recognition of the existence of their Republic — their revolutionary "republican" federation of thirteen little, poor, but "free and sovereign States."

Again and again, through the long past, leagues of nations had failed. This was a league of "all men," based on the nature of man; so in time, as its makers thought it must, it could be a federation of all mankind, a new world of free men. Including Eskimos.

The refugee printer wrote: "An army of principles will march on the horizon of the world, and it will conquer."

Now a strange thing occurred. In the source and center of this real World Revolution, the men who were making it — forgot it.

Three generations of free men, while overcoming the fierce resistance of a wild continent, actually created here a wholly new way of human life, never before imaginable. Men engaged in this stupendous task put their whole minds into it. And the minds of American intellectuals remained in the Old World, with the thinkers who were reacting against the Revolution.

In 1789, George Washington was President, and Jefferson and Lafayette were taking the Revolution to France. In 1792, the Jacobin socialists ousted the French republicans. The Jacobins decreed "unity," dictated and wrecked the economy, tried to enforce unity and obedience by massacres and the Terror, collapsed, and made way for Napoleon, the first Hitler. Then appeared in American textbooks the European view: "The French Revolution began the spread of liberal ideas."

In the 1830's and 1840's, active Americans were annexing the Republic of California. Americans in northern Mexico, at San Antonio and San Jacinto, were fighting and dying for freedom and their dream of the Lone-Star Republic of Texas. At Yale, an honored guest, the French socialist Fourier, was enthralling his learned audiences with his visions of a Socialist World, and New England's intellectuals were fondly trusting that their Brook Farm commune was a beginning of the future Communist World Commonwealth. It wasn't.

The Revolution was arousing reaction against it, everywhere in the Old World, from Mexico in 1820 through all South America, to Italy in the 1860's, Germany in the 1880's, China in 1911, Russia in 1917. The whole Old World was wrecked. That ancient world of rulers and ruled, tyranny and slavery, poverty, misery, famine, torture, human degradation, was smashed by its violent reaction against the discovery that "all men" are endowed by their Creator with liberty, as real, as inalienable from a living person as life itself.

Since 1860 the Jacobin reaction has been organized. The first Communist International failed in France in 1870, and its disheartened members disbanded it in Philadelphia in 1876. The Second Communist International collapsed in 1914; its former members became Fascists in Italy, National Socialists in Germany. The Third Communist International is now an armed Power, and the issue at last is clear; in the ruins of the Old World, the Reaction faces the New World with bared teeth and claws, snarling, "We will bury you."

A century of heedless builders and reactionary thinkers has had reactionary effects even within this Republic. Too many Old World fallacies have been believed here, too many Old World measures imitated. Apparently only one lone newspaperman, Mr. Haskell, of the Kansas City Star, recognized the "New" Deal as a stale imitation of ancient Rome in its decline. But the source and center of the World Revolution is still in this revolutionary Republic, this only successful league of States, the first ever made to defend every person's human rights: life, liberty, property.

A real World Revolution is not to be won in two centuries. The reaction against it has wrecked the whole Old World. It wrecked France and retreated to Germany; wrecked Germany and retreated to darkest Russia and stagnant China. It can retreat no farther; now is the showdown. Now the struggle between the old, barbarous past and the new, possible future involves the whole human world and every one of us alive.

The basic question, on which the answers to all other questions depend, is: What is the nature of man? The only political question is: What is the nature of the institution named "Government"? It is a simple fact that all men's future for centuries is being determined by the answers that Americans give to these fundamental questions. We have it in our power to make a new world. There has not been such a responsibility since the time of Adam.

So I would ask you to sharpen your own thinking on Mr. LeFevre's genuine thought about these questions. The value of this little book is its contribution and its stimulus to true revolutionary thinking. I think you have not read its like before. If it jolts you, that's good; these are the times when minds need waking up. Let nothing keep you from it any longer.

Rose Wilder Lane was one of the highest paid writers in the United States during her days as a journalist, war correspondent, and novelist. The daughter of Laura Ingalls Wilder, she was widely considered a silent collaborator on the Little House series. She lived from 1886 until 1968.

Rose Wilder Lane was one of the highest paid writers in the United States during...

In Give Me Liberty , originally published in 1936, Lane calls for a return to American individualism and a...

Introduction to Robert LeFevre's The Nature of Man and His Government