GET NEWS AND ARTICLES IN YOUR INBOXPrint
A
A
Home | Mises Library | Interventionism: An Economic Analysis 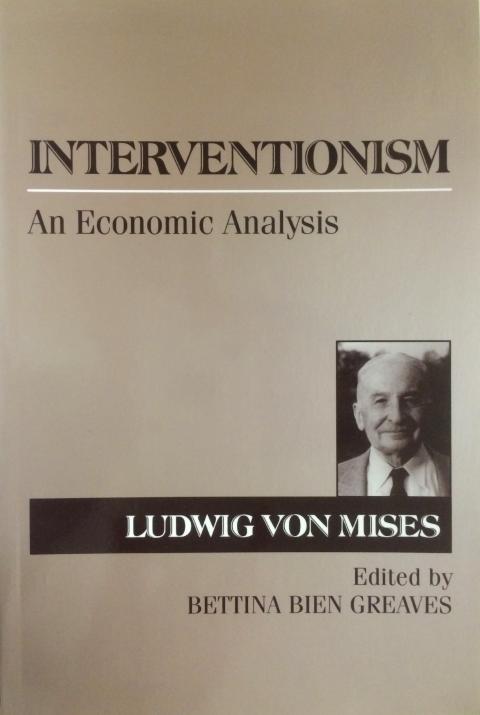 Shortly after arriving in the United States, having fled a war-torn Europe, Ludwig von Mises sat down to complete his trilogy on economic systems. The result was this remarkably concise treatise, which tragically was not published until 1998. What Mises had foreseen was a world trapped between fully planned economies, which were clearly failing, and fully free markets, which were a casualty of depression and war. He warned that mixed systems give rise of political instability and economic stagnation, and proved that this was the case through a general model of interventionism and a specific analysis of price control, credit expansion, subsidies, welfare, corporatism, and the war economy. Particularly interesting is his discussion of the draft, which he sees as a species of socialism itself. A crucial book to understand in the post-socialist age. Note: This book is not to be confused with his earlier book on price control entitled A Critique of Interventionism.

Written in 1940 as part of the German predecessor to Human Action. First printed in 1998 by the Foundation for Economic Education, Irvington-on-Hudson, New York. Copyright © 1998 by Bettina Bien Greaves. Online edition is copyright 2004 by the Ludwig von Mises Institute.