Intellectual Property is Not True Property 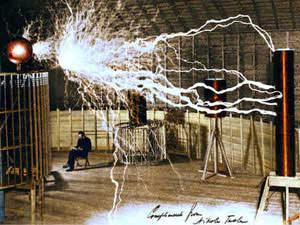 As the legal melee between Apple and Samsung continues, the “patent wars” are again front-page news. During August of this year, the International Trade Commission, successor to the Progressive Era-founded Tariff Commission, announced that Samsung can no longer import into the U.S. certain mobile devices. The Commission found that the subject products infringe on a number of Apple’s patents, but the president may still veto its decision regarding importation. As it happens, when the reverse scenario came about in June, and the Commission banned Apple from importing products infringing on Samsung patents, Obama did wield his veto. The legal and political drama at hand is just the latest installment in an ongoing string of lawsuits aimed at protecting, in the words of The New Yorker’s Nicholas Thompson, “patents that are often either inscrutable or mundane.”

In a world where the “new economy” — the Information Age’s digital one — has rendered traditional capital goods such as heavy machinery significantly less important, issues surrounding intellectual property are arguably more urgent than ever before. The course that the political class has chosen in its analyses of intellectual property law has already had sweeping implications. As law professor Mark A. Lemley wrote back in 2003, “Instead of concluding that cyberspace is outside of the physical world, courts are increasingly using the cyberspace as place metaphor to justify application of traditional laws governing real property to this new medium” (emphasis added). We are thus left with the question of whether this analogy between ideas in the digital world (as well as more generally) and property in the physical world is apt; certainly it is convenient, but we must ask whether it actually clarifies the issues at play or obscures them, creating a false equivalency that leads to social and economic harm.

Economics assays to confront the very real problems presented by the relationship between scarcity and the exchange of tangible, valuable goods and services. Regardless of the involuted claims of intellectual property proponents, ideas — which are the object of patents and copyrights — are not scarce. Indeed, unlike many of the other things we may consider as non-scarce, ideas are not even capable of becoming scarce, existing in the immaterial, conceptual realm, not the concrete, physical world. Legitimate property can apply only to that latter sphere, as a necessary expedient that allows free individuals in civil society to resolve controversies and to form secure expectations about the future before controversies arise. It follows that individuals can only own things, exercising exclusive rights over them, where those things are of the sort that requires exclusion in order for justice to be done. For instance, the substance of my ownership of my automobile would be rather flimsy if everyone in my neighborhood were allowed to use it freely, without permission as well. Ideas are a different matter of a different nature. My exertion of “your idea” (we will come to the absurdity of this phrase below) in no way limits or encroaches upon your absolute and unqualified use and enjoyment of it. Simply put, there could never be a circumstance in which the supply of ideas became finite, in which exclusion might be justified.

Not only is the grant of ownership rights over ideas ridiculous, it is also, in point of fact, impossible. When intellectual property laws undertake to grant such ownership, then, the result as a practical matter is that those laws do ultimately apply themselves to scarce material objects — just not in any defensible manner. Intellectual property privileges simply confer upon their beneficiaries the prerogative to coercively prohibit others from using or arranging their rightful personal property in otherwise peaceful and permissible ways. Patents decree that an individual cannot employ known laws of physical nature together with her own property in ways particularly set forth in special government documents; they therefore necessarily endow their holders with partial ownership rights over others’ property.

Any attempt to neatly partition the contributions made by one mind or another, through all the ages of invention and scientific discovery, is vain and fruitless to the point of inanity. Inventions constantly both absorb and propagate one another, plagiarizing, consuming and collaborating to create still newer inventions. To source any idea whatsoever to a particular individual or group is to assume that we know far more than we ever could about the full picture of the idea’s germination and evolution. Given that every idea has had thousands of contributors through the years, to choose a single beneficiary (whether individual or corporate) of intellectual property’s limited monopolies is foolish and uneconomical even taken on its own terms. This free flow of ideas is extremely beneficial and is fostered by genuine free market competition.

Intellectual property on the other hand — quite contrary to the empty claims of its advocates — is a millstone around the neck of innovation and technological progress, a political mechanism for stifling both in favor of bare monopoly. And to be sure monopoly has always been the raison d’être of intellectual property protections. As nineteenth-century libertarian Joshua King Ingalls observed, “The interest manifested in the rights of authorship and of invention is too flimsy a pretense to deceive any but those who court deception.” As a historical matter, the real purpose of intellectual property has not been to protect inventors and authors, but rather to concentrate useful, valuable information in the hands of a privileged class, tied to the cynosures of political power.

Our patent attorneys will carefully explain that general laws of science are of course not susceptible to patent protection, yet the bounds of what is a general scientific principle are drawn with a stark arbitrariness. As philosopher Roderick Long notes, because “[l]aws of nature come in varying degrees of generality and specificity,” the distinction between protected invention and unprotected law of nature “is an artificial one.” Today’s intellectual property protections have retained their original character as political, as opposed to economic, phenomena, granting arbitrary special privilege rather than safeguarding legitimate property rights. Considered in the light of praxeological and libertarian insights, intellectual property must be judged as among the most serious offenses against property and free market principles, protectionist and anti-competitive to its core.