The Intellectual Intolerance Behind “Check Your Privilege” 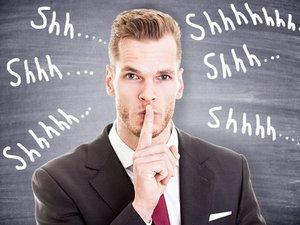 A decade ago, no one had ever been told to “check your privilege.” Now it commands an appreciable “market share” in academia and social justice rhetoric. But it does so despite sharply opposed interpretations of its meaning. In fact, its expanded footprint is partly because of its ambiguity.

It Could Be an Invitation to Debate

In a sense, “check your privilege” largely amounts to “check your premises” behind your views, and many are willing to recognize that such a reminder can be useful in advancing conversations about social issues.

However, I question whether people are so bereft of concern for, or understanding of, one another that they need repetitive “check your privileges” reminders that imply they would believe more accurately and act more effectively if only they were more empathetic. I tend to agree with Adam Smith, in The Theory of Moral Sentiments, that:

How selfish soever man may be supposed, there are evidently some principles in his nature, which interest him in the fortunes of others, and render their happiness necessary to him, though he derives nothing from it, except the pleasure of seeing it ... we often derive sorrow from the sorrows of others.

Further, repeatedly sermonizing to fix people as a way of “uplifting” them becomes little more than nagging, and any insight it may add gets crowded out. In the same way, repeatedly invoking “check your privilege” tends to destroy its usefulness leaving increased irritation and disharmony.

But the Phrase Could Simply Mean “Shut Up”

And when does “check your privilege” become code for “be quiet” rather than “evaluate your premises”? “Check your privilege” is about shutting down discussion when the user is making the assertion that you are hopelessly confused in your understanding, and that your opinions amount to aggression (whether “micro-” or “macro-”). This position was wellarticulated decades ago by Robert Heinlein, in The Moon is a Harsh Mistress:

Where do you start explaining when a man’s words show there isn’t anything he understands about [a] subject, [but] instead is loaded with preconceptions that don’t fit facts and [he] doesn’t even know …?

The assertion of your hopeless confusion then becomes the basis for claims that, unless you are a member of some accepted victimized class, you must be part of the oppressor class. Therefore, as Max Borders put it,

Your rights and opinions are invalid and you have no real complaints or suffering because you belong to X group. Or, more to the point, you are obligated to pay because people who look like you in some ways did bad things at some point.

In other words, others assert that they don’t need to listen to you, much less respect your arguments.

That leap involves several logical failings. Included in that list is the idea that any guilt for what was true of some members of an arbitrarily defined class or group (rather than treating people as the individuals they are) at some point in time passes on to every current and future member of that class or group. In addition, it incorporates the ad hominem fallacy that because you are judged as bad or part of an oppressor class, your argument is false, while conversely, their self-defined goodness and non-oppression means theirs must be true, both of which are unrelated to the logical validity of an argument.

Given that “check your privileges” could mean either “remember to be empathetic, so we can better understand and help” or “we can disregard your beliefs and violate your rights,” how can we tell which one is intended?

Where confusion reigns, to better understand and help requires the confusion to be replaced with clear, accurate understanding. That, in turn, requires a serious, ongoing “give and take” conversation.

However, when “check your privilege” is used to preemptively cut off conversation by stopping those who disagree from any chance to be heard, much less to rebut their demonization and targeting, no improvement in either empathy or results can result. So the key to evaluating “check your privilege” is to ask what would be entailed if it was intended to advance such a serious conversation.

Importantly, any conversation would not stop at “watch your privileges.” It would only begin there. By itself, the phrase says you are wrong in your understanding or views, but it leaves how completely unspecified, beyond having something to do with membership in some allegedly dominant or privileged group. Stopping the conversation there leaves “check your privileges” as an insult, without any ability to clarify understanding or reduce disagreements or disharmony.

It would start by precisely specifying what faulty premises, assumptions, or arguments someone supposedly holds, either included or excluded inappropriately. Then it would explain why it is inappropriate for the issue being considered. It would lay out the correct or appropriate premise that would take its place and articulate the reasons why.

Building on that foundation, it would show how the “new and improved” premises would change one’s conclusions. Consequently, it would lay out the appropriate remedy based on the alternative analysis. In the process, it would have to explain how the proposed remedy cannot be explained solely on a narrowly self-interested “more for me” basis, completely apart from the argument offered, as part of laying out the new special privileges that would be created for those put forward as victims. It would also have to explain how others will be affected in order to address the asserted problem, including whether there would be coercive impositions on members of the supposedly dominant or victimizer class who had nothing to do with the “sins of the fathers.”

When “check your privilege” means think more carefully about others circumstances, which may be far different than yours, and to be empathetic, it can be useful in advancing our potential for mutual understanding. But it has to be only the beginning of a much farther-reaching discussion to bear fruit — a discussion which, carefully and earnestly pursued, would lead us back to the self-ownership and voluntary arrangements of liberty.

In contrast, when “check your privilege” is used as a magic phrase to peremptorily end “social justice” discussions, it is the assertion of a special privilege for some to be allowed to define themselves as white hats and those who disagree as black hats, without ever having to make a real argument. It also allows users to turn it into an epithet of social demonization to try to impose their “solutions,” always at the expense of the supposed black hats. In the process, it undermines social cooperation by undermining the rights upon which it is built.