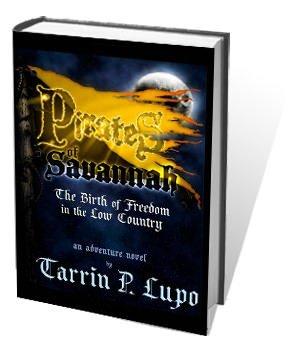 Over the last few years, the publishing world has begun to change drastically. As with the music industry in recent times, people no longer need large firms to get published. With the rise of the ebook and print-on-demand services, a writer can now circumvent the traditional system and release their work directly to the public themselves.

Indie writers like John Locke, who has sold over 1 million ebooks this year without an agent or publisher, have really begun to raise some eyebrows. There are writers, like Nina Paley, who have had great success publishing without leaning on copyright laws, and, recently, liberty activist and author Tarrin P. Lupo holds the top-rated book in Amazon Kindle's Historical Fiction category for his novel, Pirates of Savannah.

This kind of success was unheard of until just a few years ago. With all the available resources online for helping authors self-publish, as well as the ability to engage in social networking, these new authors are able to compete with the large publishing firms unlike ever before.

There are a lot of methods to self-publish, but how difficult is it really and what are some of the issues, the risks and rewards, of putting oneself out there? There isn't a right or wrong in this — as mentioned, there are very successful self-published authors and there are others who don't do as well. Some issues that can hamper an author are lack of editing, the wrong cover art, and improper formatting; however, social and local networking are great ways to find people who have the know-how and skill to help with those concerns. There are several services to choose from to print books, as well as services to create all the formats needed to sell ebooks. But what are some of the unseen obstacles that current and potential self-published authors face on a regular basis? How does it impact the very idea of a free press and free speech?

One of the first things an author needs in order to self-publish is an International Standard Book Number, better known as an ISBN. It's not required in some cases with ebooks but to maximize your sales and get listed in large name distributors and retailers, an author really does need one. In order to get one, the author has to go to the only company allowed to sell them in the United States: Bowker.

I suppose the idea is that it is easier to have one company managing the numbers, but a closer look reveals that, as usual, a monopoly creates a stifling environment that encourages price gouging and poor customer service. Self-publishing authors face expenses that can be very draining, especially with regard to getting one or more skilled editors. However, when the author goes to purchase an ISBN in preparation for publishing, they discover that one single number is $125.00!

And to add to that, if the author intends to sell in print and in ebook forms, then they will need two separate numbers for the same title. Granted, the more numbers one can buy at once, the lower the cost of each number, but if someone has a hard time coming up with the money for a single number then the idea of buying in bulk becomes daunting.

In the world of self-publishing, one can get ISBNs relatively inexpensively from others who buy in bulk, such as the aforementioned printing and ebook companies online, but they usually restrict how and where you can sell since they are, in a sense, the "publisher." It is possible to find others in the field of self-publishing who have been able to get large numbers of ISBNs in bulk, and they are willing to sell at a much reduced rate as well. However, they may or may not have the distributing restrictions that the other companies do. There is a chance that anyone providing ISBNs would be held liable for something printed, so they have the option to, essentially, censor what they choose to allow.

This entire process is draining and discouraging to those who wish to publish, and it is not necessary. It is not unreasonable that a freed market would agree to use and maintain the option for a standard of numbers to increase sales avenues.

So why isn't there another option to purchase ISBNs? Because the government granted Bowker the monopoly. Clearly, this presents a problem with the idea of "freedom of the press" and indeed, "freedom of speech" as well. Perhaps, with the emergence of a large number of self-publishing authors, it would be best if the government stepped aside and allowed the market to regulate itself. This would help loosen the burden on potential authors and publishers and allow this avenue to be more open and available.

There are other things for the self-published author to consider as well and that is the idea of "intellectual property." The common theme is that the author retains all rights. There are some real questions about whether or not intellectual-property laws really protect the authors, artists, musicians, etc.

So what are some other options that authors can take if they so choose? Here are some ideas:

Why would any of this matter in a society where established publishing firms go to great lengths to get well-written, edited, and printed material on the market? Why wouldn't it? Ours is a country that believes so much in the importance of free speech that it was the very first amendment to the Constitution of the United States — whose ratification was delayed because it didn't specifically protect liberties. The First Amendment states,

Congress shall make no law respecting an establishment of religion, or prohibiting the free exercise thereof; or abridging the freedom of speech, or of the press; or the right of the people peaceably to assemble, and to petition the Government for a redress of grievances. 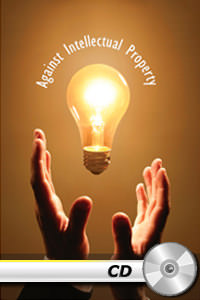 The Bill of Rights strived to accomplish naming the liberties that were natural-born rights to be protected (as opposed to "rights" only granted by man or paper) and one of the most important was the freedom of speech and press. "Press" refers to the printing press and not only newspapers and journalists. The US Supreme Court's ruling in Lovell v. City of Griffin, GA, 303 US 444 (1938) agrees that it includes anything published. So, the appearance of a lot of new self-published authors is a huge boost to the idea of "freedom of the press" and very much a boost to the American lifestyle and culture.

In conclusion, authors have a lot more resources available to help them self-publish, even more than is initially seen on the surface. Be open to new avenues and ideas, take a deep breath, and embrace the leap of faith that it can be done!

Reagen Dandridge Desilets resides with her husband and three children in the beautiful South Carolina Lowcountry. She has been working with self-published authors since July of 2010, starting with Tarrin P. Lupo. See her Mises Community page.