The Illusions of Hedonics | Mises Institute
Skip to main content

The Illusions of Hedonics 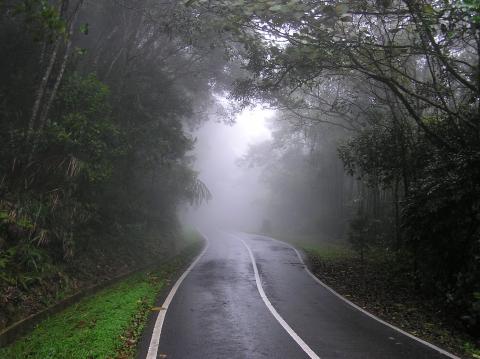 The term “hedonics” is derived from ancient Greek and basically means “pleasure doctrine”. It is also the doctrine which the Bureau of Labor Statistics (BLS) applies when calculating the price indices and for the computation of the real gross domestic product and of productivity.1 The idea behind hedonic price index calculation is to incorporate quality changes into prices. This way, a product may be on the market at a higher price, but when the product qualities have augmented more than the price in the eyes of the BLS, it will calculate that the price of this product has actually fallen.

Applying the hedonic technique to a host of goods and services means that even when prices were generally rising, but product improvement are deemed to be larger than the price increases, the calculated inflation rate will fall. With a lower inflation rate, the transformation of nominal gross domestic product (GDP) into real GDP will render a higher result. Likewise, given a constant labor input, productivity will increase. Hedonics opens the door to producing magical results: a lower inflation rate with generally rising prices, a higher growth rate although the economy may be weaker, and a higher productivity number, although productivity would have been declining without the hedonic imputations.

The BLS felt compelled to incorporate “quality changes” into its calculation of the price statistics in the second half of the 1990s when many new and modified goods and services appeared on the market and studies were launched that suggested that the conventional statistics overestimates the “true inflation rate." 2

With hedonics, the BLS wants to introduce more “objectivity” into the calculation of price changes, but it needs a human being to determine quality in the first place. Not any new gadget can go through as an improvement of the product. Before determining its inflationary or deflationary price change, there must be a BLS official who has to ponder the problem of whether this new or modified good or service really provides more or less “pleasure” to the user than the chosen reference product.

A product, like a refrigerator, for example, is not just a refrigerator in the view of the BLS. Contrary to the act of use and consumption by the individual and contrary to the fact that one normally buys the whole product and not only a few parts, the BLS calculates price changes on the basis that the refrigerator or a certain TV set or a CD player consist of various different parts or product features.

While the BLS avoids claiming to know exactly how to calculate the pleasure that the whole product renders, the Bureau maintains that it is in a position to determine whether the electrical generator in the fridge has improved or not. This improvement then gets compared with a reference element of the product, as it was earlier on the market. Depending on what the expert decides, the overall product receives a new price from the BLS that is different from the market price of the product.

Quality, so the BLS determined, has many aspects. For this purpose they run a so-called hedonic regression through their computers. Whatever the type of regression that gets applied in order to calculate the “true price”, first of all an official from the BLS must determine whether a certain feature constitutes a quality change or not. Ludwig von Mises observed this problem long ago:

“All methods suggested for a measurement of the changes in the monetary unit’s purchasing power are more or less unwittingly founded on the illusory image of an eternal and immutable being who determines by the application of an immutable standard the quantity of satisfaction which a unit of money conveys to him. It is a poor justification of this ill-thought idea that what is wanted is merely to measure changes in the purchasing power of money.”3

The company, which offers the new or modified product, will be happy to say that there is an improvement, and the technicians, who developed the product, will be eager to provide exact calculations of this quality change. However, how many technical improvements are being offered every day and there is no market for them? How many inventors have patents that are registered but there are only a few or no buyers at all for the product? The crucial point here is that only pseudo-standards are available for evaluation, the assessment of the utility of a product is subjective and individual, and for the individual himself, the standards of evaluation change according to the specific situation.

It is quite obvious that hedonic imputations open the way to all kinds of manipulation. Given the implicit pressure that governments and central banks want to hear low inflation rates to be reported, due delivery would suggest to search mainly for quality improvements, and to calculate these even when they are of a dubious nature.

The impact of the techniques that get applied by the BLS reaches far beyond pure price statistics. The indices are not only used as indicators of price inflation, but with the price indices the statistician holds also the key in his hands to a series of other prominent economic figures. In order to calculate productivity, real output, real input, and real investment and their changes, one needs a deflator, and a deflator is derived from the price index.

Given a certain nominal GDP (in dollars or any other currency unit), the number for the deflator determines the size of real GDP and its real growth rate. If the measured inflation rate is low, the real GDP will be higher and vice versa, and along with that one also gets higher or lower numbers for productivity changes.

Determining price changes for a modern economy characterized by the modification of products, the emergence of new product, and a high share of services, the calculation of the price index and thus of real economic growth and a series of other indicators becomes a dubious statistical construct. Different assumptions and techniques bring about dramatic changes of results.

The price statistician constructs a basket of products in order to measure the changes of the value of money. He claims that this basket is representative. But he cannot ignore the fact that the composition of this basket changes over time. Some products become obsolete, other products get modified and new goods and services appear. So he will change the composition of the basket. By this procedure, however, he implicitly changes also the units of measurement.

It was this problem, after all, that caused the headaches at the BLS. Therefore it resorted to the hedonic technique as a way to make the basket “constant”. The current endeavors of the statistical bureau are directed at constructing a basket, which is not just representative, but also constant in terms of quality or rather in terms of the pleasure the product gives to the consumer. However, no sophistication can surmount the principle barrier that the claim of being “representative” or that of determining what is an improvement can be settled in an objective way.

Economists call the unnoticed effect of monetary changes on prices the “money illusion”. Likewise one may call the price index a “statistical illusion” based on the chimera of a fixed basket of products as the unit of measurement. Both illusions consist in taking something as stable that is not constant. In both cases, no correct measurement and no solid assessment occur. The published inflation rate along with the derived numbers for real economic growth and productivity get utmost attention, while the dubious nature of these figures is widely ignored.

In order to measure something one needs a constant measuring rod on. One cannot measure something in a meaningful sense when both are variables: the price changes as the object of measurement and the goods basket as the meter. The problem with the price index is that both do change: the composition of the individual basket of goods changes and the quantity of money.

The urge to measure the “price level” appeared after the demise of the gold standard. Under the gold standard, money was fairly stable, at least to a degree that allowed individuals and business to perform sound economic calculation. With the abandonment of the gold standard, the necessity emerged to “measure” the purchasing power of money. With money now as the variable, a “representative” basket of products was said to serve as the measuring rod. The BLS felt rightly so that the traditional way of calculating the price index was flawed. Now they use hedonics. However, the critique against measuring the un-measurable as put forth by Ludwig von Mises still holds that the “notion of stability and stabilization are empty if they do not refer to a state of rigidity and its preservation."4

Who needs these statistics anyway other than governments and central banks that claim to be in charge of “the economy”, and the econometricians and prognosticators who build their models on these numbers? The consumer himself will judge to his best knowledge and preferences whether he likes the product or not. With respect to its price, he will decide to buy or to abstain. Companies may use “hedonics” and other techniques as long as they are based on technical criteria. But it is something quite different when the statistics are said to measure the overall economy and its performance, and to measure the so-called price level and the value of money.

Governments want the best available figures for the economy as a whole, for such indicators as real economic growth and productivity. If the government asks for it, the statisticians can deliver. Beyond government, the utility of aggregates and averages such as the “gross domestic production” of the “price-level”, are minimal or rather detrimental. If the variation of these figures is small, the significance of the number for business and the consumer is nil, and if these changes are large, any housewife, businessman and employee is aware of the new situation.

For economic and monetary policy formulation, the price index represents a central indicator. It affects directly social security payments and translates indirectly into the determination of the figures for real economic growth and productivity. The so-called “inflation rate” is central to the conduct of monetary policy, and for investors it serves to determine the real yields of bonds and stocks. However, what is published as the number for inflation is a highly crude number at best and a very deceiving one at worst. When taken naively at its face value, the inflation rate as it gets published not only distorts policy decisions, but also those of the private investor.