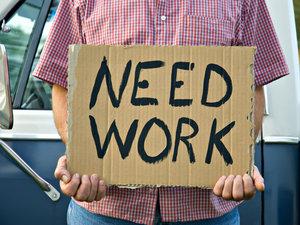 Discussing poverty as an advocate of free markets is tricky business in today’s world. If one takes poverty seriously and points out the very real plight of the impoverished, it is often assumed that one must therefore be advocating for government “solutions” to the problem. The knee-jerk reaction of many defenders of free markets is to simply deny that poverty exists much at all, or that if the poor just try a little harder, or aren’t so lazy, they won’t be poor anymore.

But, of course, the American economy isn’t even a mostly free economy. The entire financial sector is heavily subsidized and regulated. The regulatory costs imposed on small businesses are enormous. Trade of all types is regulated, and many goods are prohibited outright. Minimum wages make many entry-level jobs illegal, and one can’t even drive people around for money without facing a bevy of government regulations — and sanctions.

With all these millstones tied around the necks of poor and low-skilled workers, it’s a bit nonsensical to declare that poor people should just try harder. Perhaps they did try, and the government sent them the message loud and clear: “just give it up, because we’ve made everything you’re qualified to do illegal.”

Yes, it’s true that, to the extent markets are still free, they have led to an abundance of conveniences that even the poor can afford: air conditioning, television, household appliances, cell phones, and more. But at the same time, it would be wrong to sit back and say “they have enough” when an even greater abundance is to be had if the poor were simply given the freedom to work and own businesses without navigating a myriad of government requirements and regulations that often pose an insurmountable opportunity cost.

There are several ways that a turn to freer markets would open up a whole world to low-income families and unskilled workers immediately.

This is one of the worst offenders since it renders jobs illegal for the most unskilled workers, and hits the poor the hardest. As explained in the pages of mises.org here, here, and here, the primary effect of the minimum wage is to make the lowest-skilled workers legally unemployable. In other words, if the minimum wage is $10 per hour, and a worker only produces $8 of goods or services per hour, he will never be hired. Naturally, with a little experience, an unproductive (in the economic sense of the word) worker becomes more productive with job experience. But with a minimum wage, how is the worker supposed to get his first job? He can’t. As a result, many workers caught up in this catch-22 become long-term welfare recipients or they turn to black markets where they are branded criminals by the legal system.

Even low-income wage earners pay taxes on income. Social Security and Medicare taxes are nothing more than income taxes that go straight to the general fund — the “social security trust fund” does not exist. That claim by Mitt Romney that half the country doesn’t pay income taxes was never anything more than disingenuous political hair-splitting. Payroll taxes are income taxes, and we all know they take a big bite out of our paychecks, at all income levels.

Thus, even the poor pay taxes to finance TARP and various bailouts of the ultra-rich. As if this insult were not enough, the federal government then punishes the poor further with a central bank that punishes them for saving what little they can.

The Federal Reserve — and central banks in general — have in recent decades functioned largely to push down interest rates and devalue the currency.

The Federal Reserve — in addition to giving us the gift of the boom-bust cycle — has been key in bailing out huge too-big-to-fail corporations and has facilitated endless government spending on wars, corporate welfare, and social programs. Whether the amount of money poured into low-income households via social programs rivals the amount of money sucked out of them — in the form of devalued currency and below-inflation interest rates for low-income savers — remains to be seen.

What we do know is that the Fed’s commitment to low interest rates has made it almost impossible to save money through savings accounts and other low-risk traditional investments. Once upon a time, it might have been possible to put money in a savings account or CD and receive a respectable amount of interest on those funds, and at least earn an interest rate that exceeded the inflation rate. That certainly isn’t possible today. If you’re poor and try to make any returns off a savings account or CD, you’re out of luck. You’ll be very lucky to get 0.9 percent, and you’ll probably get lower than that. Meanwhile, the official low-ball inflation rate is well above that. So, your savings lose value in real terms constantly. You might as well keep that money in your mattress — where your money will also constantly lose value. On the other hand, if you have $100,000 to put in a CD right now, you might be able to get 1.5 percent at some banks. But poor people rarely have that kind of money lying around. People with more money are able to hire financial advisors and stock brokers and better keep up with an inflationary economy. The poor are just on their own.

Everywhere the government intervenes to “help” we find not more choice, but less. Not more jobs, but fewer. Do you want to start up your own taxi service by driving people around? Forget about it if you have not obtained all the applicable (and costly) government licenses. Do you want to rent out your converted garage to tenants for cash? Too bad. Zoning laws don’t allow it. Do you want to get a job at five bucks per hour for your teenage son who has no skills? Sorry, that’s illegal too. Do you need a loan, but you’re a high risk borrower? Get lost. We’d have to charge you a high interest rate. That’s usury, and it’s not allowed.

The true solution, however, is better described by a left-wing slogan: “Legalize Poverty.” The left usually says this when homeless people are being thrown off government property, but it’s better applied to the many types of free enterprise that are placed out of reach to the poor by government edicts. So many low-income workers must turn to black markets and low-wage semi-legal work because that’s all that’s open to them. It’s simply illegal for them to find entry-level work in mainstream enterprises, keep all of their meager wages, or start up small enterprises. Needless to say, these assaults on free markets help no one but the government agents paid to enforce them.