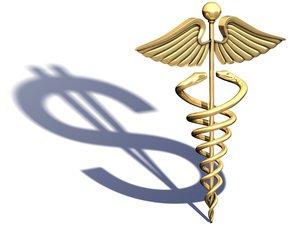 These days, a lot of people are worried about their rising healthcare costs. In the Netherlands, this had been one of the most important factors in introducing a collectivist and obligatory basic insurance policy in 2006. Only a few years later, in the United States, the federal government implemented a similar scheme. At least, that was the original plan. The scheme, which Americans know as “Obamacare” caused an uproar, both politically and economically, over rising costs, and whatever the case may be, people are in agreement that something is very wrong with healthcare markets, and especially that something must be done to lower prices.

One of the problems with health care costs and prices is that they are not at all transparent. In other words, if we go to a doctor, we are unable to see the total costs of the treatment that we receive, or the full prices charged to the insurance company. We often pay a little bit up front, but the insurance company pays the rest. Meanwhile, recent research from the Center for Impoving Health Care in Colorado (CIVHC) has shown that there are vastly different prices for the same simple treatments at different hospitals. For instance, the simple procedure of a colonoscopy can range in price from $400 to $2,800, depending on where it is conducted. (Similar differences in prices can be observed in the Netherlands as well.)

When purchasing most goods or services, such as food in a restaurant, a new car, or a vacation, people are able to search online and elsewhere for customer reviews and prices. It is a way in which we can conduct our own survey to determine what is worth the cost. When it comes to medical treatments, however, it is generally not possible to find out how much a treatment really costs, and the consumer is left without valuable information as to which treatments are most cost effective.

If there were more transparency, the CIVHC contends, then there would be more ground for suppliers of medical services to compete on prices and efficiency. That is, costs would be lowered as a result of competition among service providers. In the current system in which the patients are cut out of the pricing system, suppliers of medical services act to the contrary. They try to obfuscate the real prices of treatments and the cost to the supplier. A huge gap can then form between what a service costs the supplier and the price the supplier ultimately charges: a simple injection that would cost the care provider a mere seven dollars, for example, could cost the patient and insurance company combined anywhere between $150 and $350.

This gap is related to the so-called ‘third-party payer problem’. Most Dutchmen, for example, do not pay directly for their medical services. It is the insurance companies — nowadays a delicate combination of the public and private sectors — who are paying the real costs. Insurance companies are the “third-party.” They pay for you, so you don’t pay the person who gives you a new bandage, an operation, or new medicine. This results in the situation in which, for consumers, it is impossible to trace what might be a “market price” of the service, or to compare that service with different suppliers of that same service.

As a result, the patient feels that he is paying very little and above all, he feels that the insurance company ‘is going to take care of it for me.’ It is this combination of factors that ensure that consumers are not able to establish a sense of what real prices of the different services are. The advertised price of the insurance companies reflect nothing that comes near the real price or cost of the services that are bought from them.

Because insurance companies are — partly — obligated to pay for any expenses of their customers, and the inability of customers to establish what the real prices of their services provided are — something readily available in a real free market — prices are able to rise far beyond what would be the case in a free market with functioning price signals. Because governments, through taxation, pay for the largest part of these health insurance schemes, we as consumers are not aware of the total costs of these medical services. This lack of awareness in turn contributes to the possibilities of rising prices for medical services.

In an earlier article, I explained how medical services do not differ fundamentally from other goods and services. This means that in a real free market it would be perfectly possible to offer affordable medical services in the same manner that you used before purchasing your laptop, the lamp on your desk, or the milk in your refrigerator.

The successes of the free market you see all around you are within anybody’s reach as long as there is real competition and not a sanctioned obligatory purchase of a service, for which the supply is then shared between a few large companies. Every company that dares to ask $165 for a simple bandage will, in a real free market, be out of business very quickly. Above all, it is the government from which this ‘third-party payer problem’ originates. It has stifled the ways in which competition was possible or has even eliminated these opportunities. That is why prices are high and the quality is low. However, we can have a well-functioning supply of medical services in a free market, if only the government would allow it.

Willem Cornax studied Law at Leiden University where he wrote his thesis on new EU taxes from the perspective of the Austrian School. He lives in the Netherlands and is an alumnus of Mises University.