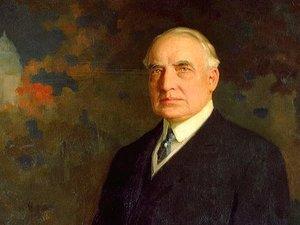 As the financial crisis of 2008 took shape, the policy recommendations were not slow in coming: why, economic stability and American prosperity demand fiscal and monetary stimulus to jump-start the sick economy back to life. And so we got fiscal stimulus, as well as a program of monetary expansion without precedent in US history.

David Stockman recently noted that we have in effect had fifteen solid years of stimulus — not just the high-profile programs like the $700 billion TARP and the $800 billion in fiscal stimulus, but also $4 trillion of money printing and 165 out of 180 months in which interest rates were either falling or held at rock-bottom levels. The results have been underwhelming: the number of breadwinner jobs in the US is still two million lower than it was under Bill Clinton.

Economists of the Austrian school warned that this would happen. While other economists disagreed about whether fiscal or monetary stimulus would do the trick, the Austrians looked past this superficial debate and rejected intervention in all its forms.

The Austrians have very good theoretical reasons for opposing government stimulus programs, but those reasons are liable to remain unknown to the average person, who seldom studies economics and who even more seldom gives non-establishment opinion a fair hearing. That’s why it helps to be able to point to historical examples, which are more readily accessible to the non-specialist than is economic theory. If we can point to an economy correcting itself, this alone overturns the claim that government intervention is indispensable.

Possibly the most arresting (and overlooked) example of precisely this phenomenon is the case of the depression of 1920–21, which was characterized by a collapse in production and GDP and a spike in unemployment to double-digit levels. But by the time the federal government even began considering intervention, the crisis had ended. What Commerce Secretary Herbert Hoover deferentially called “The President’s Conference on Unemployment,” an idea he himself had cooked up to smooth out the business cycle, convened during what turned out to be the second month of the recovery, according to the National Bureau of Economic Research (NBER).

Indeed, according to the NBER, which announces the beginnings and ends of recessions, the depression began in January 1920 and ended in July 1921.

James Grant tells the story in his important and captivating new book The Forgotten Depression — 1921: The Crash That Cured Itself. A word about the author: Grant ranks among the most brilliant of financial experts. In addition to publishing his highly regarded newsletter, Grant’s Interest Rate Observer, for more than thirty years, Grant is a frequent (and anti-Fed) commentator on television and radio, the author of numerous other books, and a captivating speaker. We’ve been honored and delighted to feature him as a speaker at Mises Institute events.

What exactly were the Federal Reserve and the federal government doing during these eighteen months? The numbers don’t lie: monetary policy was contractionary during the period in question. Allan Meltzer, who is not an Austrian, wrote in A History of the Federal Reserve that “principal monetary aggregates fell throughout the recession.” He calculates a decline in M1 by 10.9 percent from March 1920 to January 1922, and in the monetary base by 6.4 percent from October 1920 to January 1922. “Quarterly average growth of the base,” he continues, “did not become positive until second quarter 1922, nine months after the NBER trough.”

The Fed raised its discount rate from 4 percent in 1919 to 7 percent in 1920 and 6 percent in 1921. By 1922, after the recovery was long since under way, it was reduced to 4 percent once again. Meanwhile, government spending also fell dramatically; as the economy emerged from the 1920–21 downturn, the budget was in the process of being reduced from $6.3 billion in 1920 to $3.2 billion in 1922. So the budget was being cut and the money supply was falling. “By the lights of Keynesian and monetarist doctrine alike,” writes Grant, “no more primitive or counterproductive policies could be imagined.” In addition, price deflation was more severe during 1920–21 than during any point in the Great Depression; from mid-1920 to mid-1921, the Consumer Price Index fell by 15.8 percent. We can only imagine the panic and the cries for intervention were we to observe such price movements today.

The episode fell down the proverbial memory hole, and Grant notes that he cannot find an example of a public figure ever having held up the 1920–21 example as a data point worth considering today. But although Keynesians today, now that the episode is being discussed once again, assure everyone that they are perfectly prepared to explain the episode away, in fact Keynesian economic historians in the past readily admitted that the swiftness of the recovery was something of a mystery to them, and that recovery had not been long in coming despite the absence of stimulus measures.

The policy of official inaction during the 1920–21 depression came about as a combination of circumstance and ideology. Woodrow Wilson had favored a more pronounced role for the federal government, but by the end of his term two factors made any such effort impossible. First, he was obsessed with the ratification of the Treaty of Versailles, and securing US membership in the League of Nations he had inspired. This concern eclipsed everything else. Second, a series of debilitating strokes left him unable to do much of anything by the fall of 1919, so any major domestic initiatives were out of the question. Because of the way fiscal years are dated, Wilson was in fact responsible for much of the postwar budget cutting, a substantial chunk of which occurred during the 1920–21 depression.

Warren Harding, meanwhile, was philosophically inclined to oppose government intervention and believed a downturn of this kind would work itself out if no obstacles were placed in its path. He declared in his acceptance speech at the 1920 Republican convention:

We will attempt intelligent and courageous deflation, and strike at government borrowing which enlarges the evil, and we will attack high cost of government with every energy and facility which attend Republican capacity. We promise that relief which will attend the halting of waste and extravagance, and the renewal of the practice of public economy, not alone because it will relieve tax burdens but because it will be an example to stimulate thrift and economy in private life.

Let us call to all the people for thrift and economy, for denial and sacrifice if need be, for a nationwide drive against extravagance and luxury, to a recommittal to simplicity of living, to that prudent and normal plan of life which is the health of the republic. There hasn’t been a recovery from the waste and abnormalities of war since the story of mankind was first written, except through work and saving, through industry and denial, while needless spending and heedless extravagance have marked every decay in the history of nations.

Harding, that least fashionable of American presidents, was likewise able to look at falling prices soberly and without today’s hysteria. He insisted that the commodity price deflation was unavoidable, and perhaps even salutary. “We hold that the shrinkage which has taken place is somewhat analogous to that which occurs when a balloon is punctured and the air escapes.” Moreover, said Harding, depressions followed inflation “just as surely as the tides ebb and flow,” but spending taxpayer money was no way to deal with the situation. “The excess of stimulation from that source is to be reckoned a cause of trouble rather than a source of cure.”

Even John Skelton Williams, comptroller of the currency under Woodrow Wilson and no friend of Harding, observed that the price deflation was “inevitable,” and that in any case “the country is now [1921] in many respects on a sounder basis, economically, than it has been for years.” And we should look forward to the day when “the private citizen is able to acquire, at the expenditure of $1 of his hard-earned money, something approximating the quantity and quality which that dollar commanded in prewar times.”

Thankfully for the reader, not only is Grant right on the history and the economics, but he also writes with a literary flair one scarcely expects from the world of financial commentary. And although he has all the facts and figures a reader could ask for, Grant is also a storyteller. This is no dry sheaf of statistics. It is full of personalities — businessmen, union bosses, presidents, economists — and relates so much more than the bare outline of the depression. Grant gives us an expert’s insight into the stock market’s fortunes, and those of American agriculture, industry, and more. He writes so engagingly that the reader almost doesn’t realize how difficult it is to make a book about a single economic episode utterly absorbing.

The example of 1920–21 was largely overlooked, except in specialized treatments of American economic history, for many decades. The cynic may be forgiven for suspecting that its incompatibility with today’s conventional wisdom, which urges demand management by experts and an ever-expanding mandate for the Fed, might have had something to do with that. Whatever the reason, it’s back now, as a rebuke to the planners with their equations and the cronies with their bailouts.

The Forgotten Depression has taken its rightful place within the corpus of Austro-libertarian revisionist history, that library of works that will lead you from the dead end of conventional opinion to the fresh air of economic and historical truth.