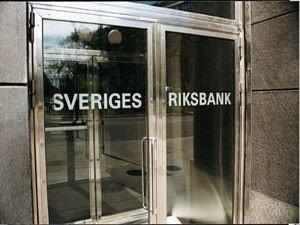 During the recent financial crisis, Sweden has emerged as one of very few financially sound economies. The country’s strong position, setting it apart from most Western nations, makes it an interesting example of what could — or should — have been done. Indeed, Paul Krugman, the former economist and Nobel Prize laureate, has repeatedly pointed approvingly at how the Swedes handled their depression in the early 1990s as the reason for their recent success. Specifically, he notes the nationalization of some banks at the time of the crisis. While he misses the point by focusing exclusively on a narrow selection of short-term measures rather than longer-term changes, as is the hallmark of a Keynesian, Krugman is right that Sweden has done some things right.

In September of 1992 the Riksbank, Sweden’s central bank, raised the interest rate to 500 percent in a vain attempt to save the fixed exchange rate of the Swedish krona (Sweden’s currency). This drastic measure was taken in conjunction with large spending cuts and tax increases to address the free-fall of the nation’s economy. The economic meltdown was the culmination of two full decades of decline, and it fundamentally changed the political situation in Sweden.

Since 1992, Sweden has, across the board, seen consistent government cutbacks while increasing restrictions on welfare policies, deregulating markets, and privatizing former government monopolies. The country has instituted an overall new incentive structure in society making it more favorable to work. The national debt tumbled from almost 80 percent of GDP in 1995 to only 35 percent in 2010.

In other words, Sweden successfully rolled back its unsustainable but world-renowned welfare state. Despite Krugman’s wishful thinking, this is the real reason for Sweden’s success in riding out the present financial crisis.

The Rise and Fall of the Welfare State

Sweden experienced a century of high economic growth from approximately 1870 to 1970, which literally made one of Europe’s poorest countries into the world’s fourth-richest. The first half of this period of growth was marked by extensive free-market reform, and the latter half is notable for Sweden’s staying out of both world wars and thus benefiting from intact industrial infrastructure when the rest of Europe lay in ruins. While a welfare state was established and expanded during the post-war period, it was generally built around capitalist institutions and therefore had limited impact on economic growth.

But the political situation changed. The 1970s and 1980s saw a welfare state run amok with a greatly expanded scope with new government benefits, the introduction of very rigid labor market regulations, active propping up of stagnating sectors of the economy, and drastic increases in tax rates with some marginal rates in excess of 100 percent. In an attempt to fully nationalize the economy, löntagarfonder (“employees’ funds”) were instituted in 1983 to “reinvest” private companies’ profits in stock ownership and to be administered by the national labor unions.

During this period government deficits abounded and the national debt increased almost ten-fold from 1975 to 1985. Sweden also saw high price inflation, a situation aggravated by repeated devaluations of the currency’s exchange rate to boost exports: in 1976 by 3 percent; in 1977 by 6 percent at first, and then an additional 10 percent; in 1981 by 10 percent, and in 1982 by 16 percent.

Overall, the rapid expansion of the welfare state can be illustrated by the ratio between tax-financed and private-sector employment, which rose from 0.386 in 1970 to 1.51 in 1990. Sweden was heading for disaster.

A popular explanation of the meltdown in the 1990s blames deregulation of the financial markets that occurred during November 1985. But as our research (still in progress) suggests, deregulation was an attempt to solve increasing problems to finance the Swedish government’s already weak and deteriorating financial situation. In the fiscal year 1984-85 alone, the interest payments on Sweden’s national debt amounted to 29 percent of tax revenue — equal to the government’s total spending on social security. The country’s unsustainable financial situation made deregulation necessary.

The increased access to financial markets made a desperate situation somewhat more tenable. But Sweden then experienced an immense increase in credit. Our numbers show that the volume of bank loans to non-financial businesses increased from 180 billion in late 1985 to 392 billion in late 1989, an increase of 117 percent total or 21 percent annually. Where did all this money come from? Some of it can be explained by deregulation and the inflow of funds that followed. But it was also made possible by monetary inflation.

Several factors were at work during the 1986-1990 credit-infused boom that ended in the depression of 1990-1994. Some factors had no inflationary effect or even a deflationary effect, but other factors, especially those that relate to government policy, or are driven by government policy, were strongly inflationary and quite substantial. These include increases in the Riksbank’s advances to banks (a 975-percent increase from 1985 to 1989) and purchases of government debt and securities (a 47-percent increase from 1985 to 1987, followed by a 7-percent decrease from 1987 to 1989).

Sweden is an interesting case to study. We do indeed, as Krugman repeatedly tells us, have much to learn from it: from the long-lasting era of economic growth thanks to free markets to the rise and fall of the welfare state. The country’s recently regained financial strength and its ability to resist a global recession are due, not to a strong welfare state as Krugman claims, but to the long-term rolling back of the expansive welfare that Keynesians so often praise.