GET NEWS AND ARTICLES IN YOUR INBOXPrint
A
A
Home | Mises Library | Health Care for All!

Health Care for All! 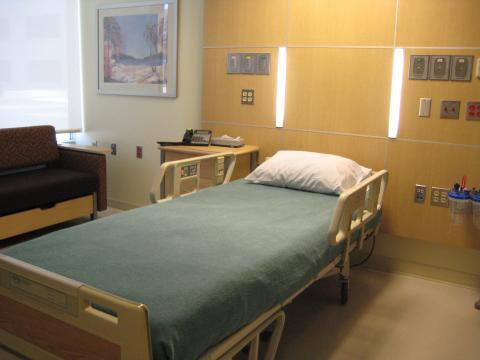 The specter of universal health care coverage has emerged again, as Democratic presidential candidates grope around for vote-getting ideas. Each of the candidates has put forth a plan and they are similar in at least one respect. As The Washington Post reports, "all are big and ambitious, and are far costlier than anything that has been proposed since Clinton."

The political opportunism behind these plans is nothing new, of course, and springs from very old roots. While the specific issue may change, the essential ideas remain very much the same. The underlying rationale of these proposals violates the nature of man and the basic fact of his existence in a world of scarcity.

Government cannot create something from nothing. But the premise of universal health care is that the government can bestow benefits upon members of society that it had not created for itself. In other words, it imposes on the economic body something that did not come from within its own means, or by its own choice, meaning the choices of the many individuals that make up the economy. And so, the government is seen as the primary agent in social advancement—to make up for what the market did not do on its own.

Garet Garrett dealt with similar shallowness as he defended old American principles against the encroaching socialism of the New Deal. Garrett used the term social gains to describe "all those ameliorations of our terms with life which in a free humane society take place naturally and inevitably as people progress in wealth. They are made possible not by law, as many seem to think, not by any kind of progressive legislation, but by work well done before, by the thrift and self-denial of those who consumed less than they produced in order that their children might have more."

It is a fairly straightforward proposition: one has to work and save to make headway in the world. The elegance of free market ideas sometimes stuns the unsuspecting for its earthy simplicity, planted as it is in the elemental lessons we all learned as children.

Enduring social gains are earned, not created out of thin air by government fiat. Garrett pointed out that while the forty-hour work week was mandated by law, the forty-four-hour week before it or the forty-eight-hour week before that were not. Garrett writes that  "All that shortening of the hours of toil took place naturally, and was bound to take place as the productivity of labor was increased by science, technology and invention."

The only durable way to build wealth and improve the standard of living is by saving, by putting off present consumption in favor of a hopefully better future, which allows for the accumulation of capital. Garrett understood this and noted that "social gains that cost more than society can afford, especially those that are founded on the doctrine of dividing what there is instead of producing more, are bound in a little time to annul themselves."

This is the way to view universal health care coverage. It is an unaffordable luxury. It divides what exists and does not produce anything more. It does not change the fact that such an imposition will create unintended consequences. It does not render the laws of economics obsolete.

As Bohm-Bawerk elaborated, "just as natural phenomena are governed by immutable eternal laws, quite independent of human will and human laws, so in the sphere of economics, there exist certain laws against which the will of man, and even the powerful will of the state, remain impotent."

A detailed exposition of the specific proposals outlined by the presidential hopefuls would be pointless and dull. To give a hint of the brilliance and originality of these thickheaded efforts, look at Gephardt's novel idea. "Gephardt would require all employers to provide health insurance for workers and offer as an incentive tax credits valued at 60 percent of the cost of that care," reports the Post. Voila! Problem solved. It is from pathetic jobholders such as Gephardt that America lazily looks for leadership.

Any imposition of health care coverage by mandating that employers cover the cost is going to increase the cost of labor. The law of supply and demand tells us that if you raise the price of something (in this case labor) you reduce the demand for it. In other words, Gephardt's proposal will put people out of work. By how much is guesswork, but we know that the law of supply and demand will prevail and that increasing the cost (or price) of labor artificially is going to create pressure that will suppress demand.

That seems a very simple truth, but it is a hard truth, one that perhaps well-intentioned voters may look past. Instead they will be drawn to the emotional pull of the argument for universal health care coverage and feel like they are doing some good by supporting such a plan.

Economist Wilhelm Ropke thought that the greatest threats to the relatively free people of the West came from within. He wrote that these threats were "chronic diseases, spreading secretly and thereby all the more malignant. Their causes are hard to discover and their true nature is concealed for the superficial or thoughtless observer; they tempt individuals and groups with immediate advantages, while their fatal consequences take a long time to manifest themselves and are widely dispersed."

Among these diseases, Ropke dwelled considerably on what he called "the apparently irresistible advance of the welfare state." The advent of universal health care is bold stark evidence of this advance.

The market, which is nothing more than individuals acting purposively to achieve desired ends, has delivered solutions to the problems of human existence that have raised civilization to the heights we now enjoy. Few seem to appreciate the creative nature of free markets.

One who did understand this fact was F.A. Harper. His view of social betterment centered on his notion of diversity as the origin of progress combined with free-thinking people making their own decisions. These were the agents of change, Harper noted, as the history of discovery is a history of the achievements of individual human minds. "The pioneer of human progress," Harper wrote, "most likely will be a lonely and persecuted soul. . . . Except for the progress that stems from the uncommon man, our[s] would still be an existence like that of the lowest animals."

The weakness in many free market arguments is that the folly of government intervention is ably pointed out, but the solution to the problem is always less detailed. Then free-market advocates are accused of just doing nothing. But we don't really know what might evolve when markets are free to operate unfettered. That is part of the mystery of discovery, of trial and error, of experimentation and entrepreneurship. We know the forces that operate markets and how the market harnesses these forces to satisfy the needs of consumers. We have historical examples of seemingly insurmountable challenges being overcome by individual effort. The exact blueprint of the future, however, is left blank.

Nathaniel Peabody Rogers, famed abolitionist, provided an eloquent response to similar criticisms that the antislavery movement had no plan. He wrote, "To be without a plan is the true genius and glory of the antislavery movement. The mission of that movement is to preach eternal truths, and to bear witness to everlasting testimony against the giant falsehoods which bewitch and enslave the land. It is no part of its business to map out its minutest course in all time to come." The same can be said to the free-market movement.

The same creative market forces that have improved life immeasurably over the thousands of years of human existence would surely work out a system better than political-minded bureaucrats in Washington would. The problem with the health care debate is that somehow the government has become the central agent of change and leadership, instead of the creative forces of freethinking individuals. The most unfortunate thing is that this problem is not confined to the health care industry, but that it permeates the political thinking of American life in all of its facets.