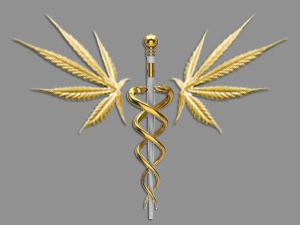 [Mark Thornton is available for interviews. Send him email.]

Dr. Sanjay Gupta has recently reversed his opposition to marijuana legalization and apologized for supporting marijuana prohibition. The brain surgeon and CNN medical correspondent obviously takes his own viewpoints very seriously and his mea culpa should be a big boost to the medical marijuana movement. Dr. Gupta admits, “We have been terribly and systematically misled for nearly 70 years in the United States, and I apologize for my own role in that.” His reversal is a good reminder that our ultimate goal is to be rid of an entire health care system by which we are ruled by health care technocrats, bureaucrats, and politicians.

The mainstream perspective is that experts and technocrats should establish what the best medical practices are and then bureaucrats should enforce those practices on everyone. Practices deemed suboptimal, unproven, or potentially dangerous should be prohibited by politicians and the prohibition enforced by bureaucrats. This is a one-size-fits-all system with the state determining what fits and what does not.

Never shy about intervention, the government has provided monopoly privileges for doctors through licensing, for drug companies through patents and trade restrictions, and for hospitals, who can prevent competitors from entering their market through “certificate of need” requirements. The combination of monopoly suppliers and subsidized consumers is the primary reason for this era of rising medical costs and falling health care outcomes.

What about the cost? In most areas of life we typically get to choose how much we will spend on things like food, housing, and clothing. Our choice is governed by our income, tastes and wealth, but with health care government has tried to take price out of the decision-making process. Government pays almost all the health care expenditures for its employees, dependents, and retirees. It also pays the tab for seniors, the unemployed, and low income families. For the rest of us, government provides a large subsidy for employer paid comprehensive health insurance. And soon Obamacare will close the door on the remaining uninsured.

With the prevailing attitudes and policies toward marijuana, it should not be surprising to learn that almost all of the research funded by government has been to determine if marijuana causes medical problems and not of the medical benefits of its use. Almost all the negative health results found in older studies have since been found to be false or irrelevant to the real world. In contrast, positive medical benefits continue to be found without producing any significant side effects.

There are literally dozens of medical uses for marijuana and it holds the potential to provide medical benefits in virtually all major medical categories including AIDS, cancer, diabetes, multiple sclerosis, glaucoma, arthritis, and Alzheimer’s. All these benefits come at very low cost and without any significant side effects.

What would a free market in health care look like? Entrepreneurs would be unencumbered and constantly looking for new profit opportunities. New drugs, applications, procedures, tests, and machines would constantly appear. There would be no government monopolies or endorsements. The safety and effectiveness of products would be tested by groups like Consumers Report and Underwriters Laboratory, but ultimately the success or failure of a new product or device would be determined by the consumer.

Suppliers in a free market would be most keen to protect customers against harm instead of hiding behind the protection of the FDA, which often shields health care suppliers from lawsuits. Suppliers would want to protect themselves as one wrong move could wipe out the entire value of the firm or reputation of their product. They would also want to avoid lawsuits based on harm caused by their products.

Naturally, cost would continue to be an issue. In a free market consumers would be much more likely to know about medical options and their relative prices and they would bear the burden of their choices. Prices would be competitive and the availability of products and services would be more abundant. You would not have to wait for a doctor’s appointment or stress out in the “waiting room” for an hour. You could have your blood tests taken on the weekend so you didn’t have to miss work.

Choice is an important component of a free market health care system. You could have one procedure with a cure rate of 40 percent and no known side effects using needles, and an alternative drug treatment with a cure rate of 50 percent with known side effects using pills, you can be sure that some people would choose the needles and others would choose the pills. This proliferation of options means that more people would seek treatment compared to the one-size-fits-all approach. Choice allows for experimentation and a faster expansion of knowledge concerning health care options.

Of course the benefits of marijuana legalization do not stop with health care. The economic benefits include marijuana or hemp as a new competitor in markets such as food, textiles, building materials, and fuel. As an agricultural product it can be grown in many places at low cost and almost no need for fertilizers or pesticides. The social benefits include a significant unburdening of the prison, judicial, and law enforcement systems and the elimination of broken families due to marijuana law violations.

Dr. Gupta’s mea culpa is a reminder that government directed health care is for the benefit of government and not the patient. The free market, which serves the interests of consumers, the patients, is a better barometer for health care. We can only hope that Dr. Gupta’s change of heart is the first of many deserters from the entrenched government health care camp.