GET NEWS AND ARTICLES IN YOUR INBOXPrint
A
A
Home | Mises Library | Great Wars and Great Leaders: A Libertarian Rebuttal 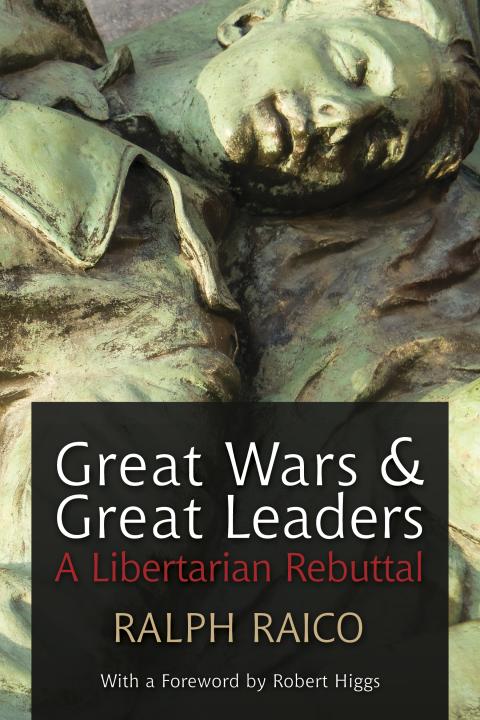 The great historian of classical liberalism strips away the veneer of exalted leaders and beloved wars. Professor Ralph Raico shows them to be wolves in sheep's clothing and their wars as attacks on human liberty and human rights.

In the backdrop of this blistering and deeply insightful and scholarly history is the whitewashing of "great leaders" like Woodrow Wilson, Winston Churchill, FDR, Truman, Stalin, Trotsky, and other collectivists. They are highly regarded because they were on the "right side" of the rise of the state. But do they deserve adulation? Raico says no: these great leaders were main agents in the decline of civilization in the 20th century, all of them anti-liberals who used their power to celebrate and enhance state power.

Robert Higgs writes the introduction and cheers this powerful expose as a necessary corrective.

"For Ralph Raico," writes Robert Higgs in the foreword, "it would be not only unseemly but foolish to quiver obsequiously in the historical presence of a Churchill, a Roosevelt, or a Truman. He knows when he has encountered a politician who lusted after power and public adulation, and he describes the man accordingly. He does not sweep under the rug the crimes committed by the most publicly revered Western political leaders. If they ordered or acceded to the commission of mass murder, he tells us, without mincing words, that they did so. The idea that the United States has invariably played the role of savior or 'good guy' in its international relations Raico recognizes as state propaganda, rather than honest history.

"Thus, in these pages, you will find descriptions and accounts of World War I, of the lead-up to formal U.S. belligerence in World War II, and of Churchill, Roosevelt, and Truman, among others, that bear little resemblance to what you were taught in school. Here you will encounter, perhaps for the first time, compelling evidence of how the British maneuvered U.S. leaders and tricked the American people prior to the U.S. declarations of war in 1917 and 1941. You will read about how the British undertook to starve the Germans — men, women, and children alike — not only during World War I, but for the greater part of a year after the armistice. You will be presented with descriptions of how the communists were deified and the German people demonized by historians and others who ought to have known better. You will see painted in truer shades a portrait of the epic confrontation between the great majority of Americans who wished to keep their country at peace in 1939, 1940, and 1941 and the well-placed, unscrupulous minority who sought to plunge the United States into the European maelstrom.

"Raico’s historical essays are not for the faint of heart or for those whose loyalty to the U.S. or British state outweighs their devotion to truth and humanity. Yet Ralph did not invent the ugly facts he recounts here, as his ample documentation attests. Indeed, many historians have known these facts, but few have been willing to step forward and defy politically popular and professionally fashionable views in the forthright, pull-no-punches way that Raico does. The historians’ principal defect for the most part has not been a failure or refusal to dig out the relevant facts, but rather a tendency to go along to get along in academia and 'respectable' society, a sphere in which individual honesty and courage generally count against a writer or teacher, whereas capitulation to trendy nonsense often brings great rewards and professional acclaim."

Ralph Raico (1936–2016) was professor emeritus in European history at Buffalo State College and a...

Here is the book to learn classical liberalism from the ground up, written by the foremost historian in the Austrian...