GET NEWS AND ARTICLES IN YOUR INBOXPrint
A
A
Home | Mises Library | Is Gold Money? 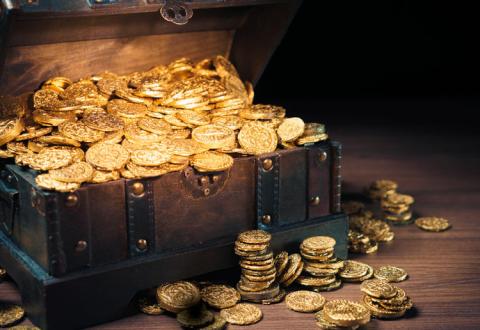 Is gold money? Many would say so, and a web search returns tens of thousands of additional affirmative responses. If you want to start a fight with a gold bug, take the opposite view.

To answer the question of whether gold is money requires a definition. This one, from Wikipedia, is typical:

Money is anything that is generally accepted in payment for goods and services and in repayment of debts. The main uses of money are as a medium of exchange, a unit of account, and a store of value.

Wikipedia refers to three properties of money. However, according to the Austrian economist Carl Menger, its acceptability in trade is the defining property. While money undoubtedly does serve as a store of value and a unit of account, these properties are derivative, not definitional properties. The reason that a medium of exchange necessarily is also a store of value is the anticipation of its exchange value in the future.1

On this point Menger wrote,

[I]t appears to me to be just as certain that the functions of being a "measure of value" and a "store of value" must not be attributed to money as such, since these functions are of a merely accidental nature and are not an essential part of the concept of money.2

Using the above definition, the question of whether any particular good is or is not money, can be posed in this way: is the good in question accepted as the final means of payment for transactions?

At present, in the developed world, nearly every nation has its own money or belongs to a currency union, such as the EU. Some nations in the developing world use the US dollar. In highly inflationary environments, the local currency is often spontaneously rejected in favor of the dollar or another foreign currency. Hardly anywhere do we find gold generally accepted as a means of payment. So gold must fail the definitional test of moneyness.

Is this the end of the argument (and so the end of a very short article)? Not quite. Gold is not money, but it has most of the desirable properties of money, and the process by which it became money in the past gives some clues about how it may become money once again.

But the notion that attributes to money as such the function of also transferring "values" from the present into the future must be designated as erroneous. Although metallic money, because of its durability and low cost of preservation, is doubtless suitable for this purpose also, it is nevertheless clear that other commodities are still better suited for it.3

Analyst Paul van Eeden has shown that gold has maintained its purchasing power relative to the time that the gold standard ended. In "Is Gold an Inflation Hedge?" I have provided links to Van Eeden's articles and a more detailed discussion. I will summarize his analysis here. A theoretical gold price equivalent which would give gold the same purchasing power as it had at the end of the gold standard is calculated by taking the convertibility ratio of $35 in 1933, and then multiplying by a factor representing the growth in the quantity of fiat money from that time. Under the classical gold standard, gold was the entire world's money. By counting worldwide growth in currency (not only US dollars) and comparing it to a worldwide price currency index of the gold price, van Eeden avoids the pitfalls of looking only at gold's dollar price, which can experience significant volatility due to the dollar's exchange rate against other national currencies.

Van Eeden's research shows that, since the end of the gold standard, the price of gold in units of fiat currency has tracked its purchasing-power-equivalent price fairly well, oscillating in a band around its theoretical value. In essence, the purchasing power of gold has been reasonably stable in the time since the end of the gold standard, which is only another way of saying that gold has served as a store of value.

Even today most of the demand for gold is not for direct use, but demand to hold. In the developed world, people purchase coins and bars for storage in vaults. In other areas, people save by accumulating bullion jewelry. Distinct from ornamental jewelry, bullion jewelry has low workmanship value added. Its price is not much greater than the melt value of its metal content.

I wrote the following in "The Myth of the Gold Supply Deficit":

The World Gold Council estimates that 52% of gold is held as jewelry. James Turk subdivides jewelry holdings into low carat and high carat. The former is purchased mainly for the gold value, as an alternative to buying bars and coins. The latter is purchased mostly for fashion. According to Turk's estimate (which was published in 1996), monetary jewelry at that time accounted for about 60% of jewelry with fashion jewelry accounting for the remaining 40%. However, even when made into jewelry, the gold is not destroyed and can come back into the market as scrap. The WGC figures show significant recovery from scrap.

That gold continued to be a store of value post–gold standard was unexpected by many economists. In the early 1970s, when the dollar's link to gold was cut, economist Milton Friedman predicted that the price of gold would collapse.4 The Nobel laureate believed that the gold derived its value from its relationship with the dollar; without gold backing, there would be far less demand for gold. There would, of course, continue to be industrial demand for the metal, but without monetary demand provided by the dollar, the vast supply that had been accumulated during the preceding centuries would overhand the market, depressing the gold price for the foreseeable future. Friedman could not have been more wrong. It was the dollar that collapsed in the 1970s, while the gold price in dollars began a bull run that was not eclipsed in nominal terms until late last year.

A similar and still widely held view in the world of mainstream financial analysts is that gold has been "demonetized."5 The argument goes like this: central banks decide what money is; central banks have determined that gold is not money; therefore gold is not money. Only the stupid gold investors haven't figured this out. This view of the gold market sees the price of gold as determined primarily by central banks (who own an estimated 10–17% of aboveground supply). The critical variable is how they will time the sales of their gold hoards without causing a selling panic as market participants realize that their gold coins and bars have no monetary value.6

But why is gold a better store of value than most any of a vast number other nonmonetary goods? Why were Milton Friedman and the other economists wrong? Their error was the assumption that political institutions have the final say over what is and is not money. But this is not so: the market has final say. Looking at the process by which money originated from barter helps to understand why. According to Menger, money came into being through the efforts of individuals to expand the range of goods they could acquire through exchange beyond the possibilities available.7 Some individuals in a barter economy begin by bartering their goods for a commodity that they do not need but is generally in demand throughout the market, with the intention of later exchanging that commodity for other goods. This strategy is called indirect exchange. These astute traders realize that "the acquisition by trade of the consumption goods that he needs…can proceed…much more quickly, more economically, and with a greatly enhanced probability of success."8

As societies moved from barter to monetary economies, different goods were in competition with each other for use as money. Over time, as monetary exchange expanded in proportion to barter, some commodities were found to work better as money than others, until only a handful of them became "acceptable to everyone in trade."9 Those were gold and silver.

What qualities have made gold (and silver) the winners of the monetary competition in centuries past? The qualities most often cited by monetary historians are durability, divisibility, recognizability, portability, scarcity (the difficulty of producing more of it), and a value-to-weight ratio that is neither too high nor too low. Too low a ratio would make it hard to carry enough for spending, while too high a ratio would make small transactions difficult and prevent the commodity from being sufficiently widely owned in the prior barter economy. Gold still has these qualities today. While fiat money has some of them, it fails the scarcity test: it is too easy to create more of it.

The result of market competition is not necessarily permanent. Market competition is an ongoing process. Even when one commodity emerged as money, there continued to be competition from other nonmonetary commodities. Once the world's money, even gold could have lost its place had a superior alternative emerged. But that is not the reason we no longer use it. Political money did not prove its superiority through a market process. What happened instead was a politically imposed change from a better system to a worse system.

Although the central bankers have used political means to replace gold with paper, they do not have the power to end the competition between their money and commodity money. The "demonetization" of gold by central banks has rigged the competition—but not ended it.

Gold as money may not be over for all time. As the monetary system melts down, gold functions as "shadow money," an alternative that competes with the political money. It remains a store of value because of its potential to become money again. There is continuing demand for gold as a hedge against the breakdown of the fiat system.

Governments cannot force people to use their money beyond a point. The market will only continue to accept fiat money as long as it works well enough (or even, not too badly). If governments debase their currency beyond a point where it maintains some value over time, people will stop using government currency and switch to something else.

In countries suffering hyperinflation (or even just excessive inflation), people typically start quoting prices and accepting in trade in the more stable currencies of other countries. Earlier this year, VietNamNet reported that land prices are being quoted in gold rather than the local currency, the dong.

The world is lurching through a serious monetary disorder. The proximate cause is the collapse of the housing bubble and the subprime-credit crisis, but the ultimate cause is the inherently unstable monetary system foisted upon us by a banking cartel. Central bankers are called upon to act as lenders of last resort, but in their efforts to inflate their way out of the credit collapse, they risk igniting a hyperinflationary bonfire that will destroy the world's major fiat currencies. Gold was money once, and could become so again.