GET NEWS AND ARTICLES IN YOUR INBOXPrint
A
A
Home | Mises Library | Giovanni Botero: The First Malthusian 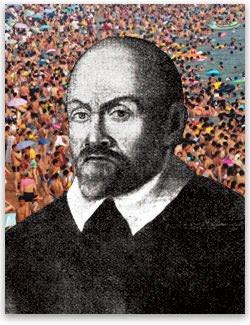 In Italy, a group of Machiavellians appeared during the 16th century, headed by Giovanni Botero (1540–1617) and his treatise of 1589, The Reason of State.

Botero was a leading humanist from Piedmont who joined the Jesuit Order. It is indicative of the decay of scholasticism in Italy in this period that this proponent of "reason of state" and hence opponent of natural-law ethics in political life should have been a member of the great Jesuit Order. Since Machiavelli was scarcely popular in Europe, especially in Catholic circles, Botero took care to attack Machiavelli explicitly and pro forma. But that was merely a ritualistic cover for Botero's adoption of the essence of Machiavellian thought. While beginning by paying lip service to the importance of the prince's cleaving to justice, Botero quickly goes on to justify political prudence as crucial to all government, then defines the essence of prudence that "in the decisions made by princes, interest will always override every other argument"; all other considerations, such as friendship, treaties, or other commitments must go by the board. The overall view of Botero is that a prince must be guided primarily by "reason of state," and that actions so guided "cannot be considered in the light of ordinary reason." The morality and justification for actions of the prince are diametrically opposed to the principles that must guide the ordinary citizen.

Botero's work touched off a raft of similar works in Italy over the next 40 years, all of which had the same title, The Reason of State.

In addition to being a leading theorist of political pragmatism and reason of state, Giovanni Botero has the notable but dubious distinction of being the first "Malthusian," the first bitter complainer about the alleged evils of population growth. In his On the Cause of the Greatness of Cities (1588), translated into English in 1606, Botero laid out almost the entire thesis of Malthus's famous essay on population two centuries later.

The analysis was, therefore, highly mechanistic: human population tends to increase without limit, or rather the only limit is the maximum possible degree of human fertility. The means of subsistence, on the contrary, can only be increased slowly. Therefore, the growth of population always — to use Malthus's famous words — tends to "press on the means of subsistence," with the result being ever-present poverty and starvation.

Population growth, then, can only be checked in two ways. One is the dying of large numbers of people through starvation, plague, or wars over scarce resources (Malthus's "positive" check). Second is the only element of free will or active human response permitted by Botero's theory: that starvation and poverty may induce some people to abstain from marriage and procreation (Malthus's "preventive" or "negative" check).

In any case, whether one draws pessimistic, neutral, or optimistic conclusions from the thesis of unlimited population growth, its basic flaw is assuming that people will not react if they see their living standards declining from bearing large families. Botero (and Malthus after him) indeed gave the case away by even mentioning "preventive" checks. For if people will lower the number of children when faced with absolute destitution, why may they not lower it long before that? And if so, no such mechanistic tendency can be postulated.

Historically, indeed, the facts totally contradict the gloomy Malthusian forecasts. Population only tends to rise in response to greater economic growth and prosperity and the consequent rise in living standards, so that population and standards of living tend to move together, rather than in diametric opposition. This rise in population generally comes in response to falling death rates caused by the better nutrition, sanitation, and medical care attendant on higher living standards. The dramatic declines in death rates lead to accelerated population growth (roughly measured by birth rate minus death rate). After a few generations, the birth rate usually falls, as people act to preserve their higher living standards, so that population growth then levels off.

The main defect of the Botero-Malthus doctrine of population is that it assumes that two entities — population and the means of subsistence (or production, or living standards) — operate under laws that are totally independent of each other. And yet, as we have seen, population growth may be highly responsive to changes in production.

Similarly, the reverse can be true. Increases in population may well encourage the growth of investment and production, by providing a greater market for more products as well as more labor to work on these processes.2 Schumpeter puts the overall point well in his critique of Malthus: "There is of course no point whatever in trying to formulate independent 'laws' for the behavior of two interdependent quantities."3