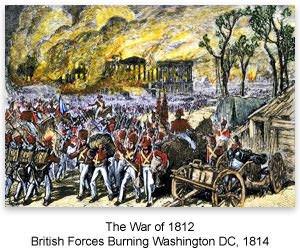 When future generations of scholars look back on the economic and political disaster enveloping the United States today, three questions should be at the forefront of their minds.

First, they should wonder whether the many generations of politicians that collectively engineered this economic and political disaster were either (1) too outrageously stupid to know that what they were doing would produce such a dreadful catastrophe, or (2) whether they were so evil and underhanded that they did know what they were doing would result in disaster — and yet they did it anyway.

Second, they should wonder how the American people could possibly have been so stupid and gullible as to believe that government spending, borrowing, warring, jailing, regulating, and above all, taxing, could produce anything but an economic and political catastrophe for themselves and their fellow countrymen.

Finally, they should wonder what the heck their predecessors in the academic world were doing before and during the American empire's descent into poverty, tyranny, and war.

I hope that the answer to the first question, while important for reconstructing a complete historical narrative for the period, will not be of particular interest to most future scholars. Ascertaining whether generation after generation of Americans managed to elect mostly scoundrels or mostly idiots is not particularly edifying in itself (except in those cases where idiocy and villainy overlap in a spectacular way). It will be far more interesting for them to simply observe that democracy managed to produce a situation in America where only scoundrels and idiots were in charge of telling everyone else what to do.

The answer to the second question will interest them more, I hope, because they will be able to ask people who were alive at the time to explain their former gullibility and naïveté. Their own parents, for example, will be able to regale them with tales about how they simply took it on faith that democracy was the best possible form of government, and this blinded them from even considering the possibility that Washington was full of idiots and crooks.

It is the third question, however, that I hope will most interest future scholars of this dark period in American — nay, world — history. They will be confronted with the glaring fact that virtually all of the economists and political scientists of the period leading up to and during this great disaster were running around collecting data on less-than-useless projects while the world economy collapsed, the American political system devolved into full-blown despotism, and most Americans sank into desperate poverty. And virtually none of them saw it coming.

"The necessary result of the adoption of this empiricist epistemological and methodological model was that social scientists would always be behind the curve of any emerging social phenomenon."

The last question will hopefully interest future social scientists first and foremost, because men involved in this particular field pride themselves on being members of a select group of people in human history who have "scientific" answers to the most important and consequential social questions confronting man. It should come as a monumental embarrassment to future social scientists to observe that their mainstream predecessors were worse than useless for both predicting and remedying the disaster that began in 2007.

It should disgust them to learn that virtually all mainstream economists, including the most decorated among them, were so clueless about the impending economic disaster. It should disgust them even further to learn that the only remedy these supposed academic luminaries had to offer the American government and public was to print up more green paper and to borrow more money from the Chinese. It should shock them to learn that the most prestigious political science journals were publishing articles about attitudes toward immigration and race relations at the very moment that the European monetary union was on the verge of collapsing. It should shock them still further to learn that, at least as late as 2010, many in the discipline of political science still believed in the "democratic peace theory" — at the very moment that Israel, the United States, and the rest of democratic Europe continued their multidecade crusade to raze and depopulate the Middle East.

It should be hard for future social scientists to believe that these men of science, these supposed beacons of erudition, were so completely clueless and useless for the world exactly when the world needed them most.

The Root of the Problem

If they dig into the matter more deeply, future social scientists will ultimately arrive at the fundamental cause of the appalling failure of today's social scientists' to predict or offer solutions to the disaster: they decided to adopt empiricism as their method for studying man. In the first third of the 20th century, the social sciences adopted the methods of the natural sciences as their model for studying social phenomena. This led them to assume that nothing about the social world could be known until one went out and collected data to test one's hypotheses, just like physicists and geneticists do.

The necessary result of the adoption of this empiricist epistemological and methodological model was that social scientists would always be behind the curve of any emerging social phenomenon. If one has to wait for the data to test hypotheses, one can say virtually nothing concrete about emerging conditions until well after important and revolutionary events have already occurred. They became, in effect, not prescient predictors of future social conditions, but rather mere boring, backward-looking chroniclers of past events.

In contrast to this reality, mainstream political scientists and economists of today are inclined to think that the government is capable of anticipating and avoiding crises. They are especially disinclined to think that serious and revolutionary change can occur on their watch. This is most obviously true with regard to economists, many of whom will be employed by Federal Reserve at some point in their careers, who seem to think that an economy planned and controlled by economists couldn't go off track. After all, with the economy managed and directed by men from exactly the same profession as themselves, how could anything go awry?

"They became, in effect, not prescient predictors of future social conditions, but rather mere boring, backward-looking chroniclers of past events."

The same is true for political science, but for less-obvious reasons. Political scientists tend to have an inferiority complex when it comes to economics. While they like to think of their field as being just as "scientific" as economics, they are also constantly looking over their shoulders wondering whether they are merely playing at scientific work. Their reverence for economists discourages political scientists from even imagining that economic crises could occur on the watch of their heroes. Thus, they are usually just as blindsided by economic crises, since their heroes failed to predict them.

Nor are they predisposed to think that their political heroes — that is, their close associates in government, themselves advised by political scientists — are capable of ramming the economy into a brick wall. For these reasons, mainstream political scientists and economists of this generation were completely useless for predicting the disaster we now confront, and continue to pour forth nothing but the most worthless empirical studies of yesterday's least consequential issues.

Unfortunately, it is exceedingly likely that future political scientists and economists will be just as useless and beholden to government as the current batch. I think this likely for one overriding reason: the American economy will be in a disastrous state for a very long time. There are two very important effects that this will have on economists and political scientists.

First, the institutions of higher education in America will soon begin to crumble into dust, because poor people (i.e., most Americans going forward) cannot afford to go to college and study under these failed social scientists without any promise of future employment. This is true even though the federal government has commandeered the student loan system away from bankers, because a cheap loan for an expensive education is a complete waste if one cannot find employment afterward. This means that a large proportion of current political scientists and economists will soon be forced to find employment elsewhere, and the ones who do retain their jobs will be completely beholden to the political class that will be supporting and subsidizing their jobs.

"Mainstream political scientists and economists of this generation were completely useless for predicting the disaster we now confront, and continue to pour forth nothing but the most worthless empirical studies of yesterday's least consequential issues."

Second, the very nature of empirical social science means that the researchers who do manage to keep their jobs will be obsessed with this crisis for a very long time. In fact, they will be so obsessed with this crisis that they will undoubtedly miss the emergence of recovery, if it ever does show up. They will be testing hypotheses with past data, and they will thus be looking backward precisely when the recovery hits — or when yet another crisis hits. So, we can count on the crisis-reared economists and political scientists to fail to predict recovery or future crises just as completely as the last batch failed to predict the gigantic conflagration of 2007 that persists to this day.

At some point in the future, however, after failure upon failure, social scientists will get around to looking at why they keep failing to predict these important social events. At that point, we can only hope that nothing will interest them more about this dark period of history than the failure of their predecessors, and that they may finally seek out an alternative to empiricism that can transform them from backward-looking failures into true social scientists.