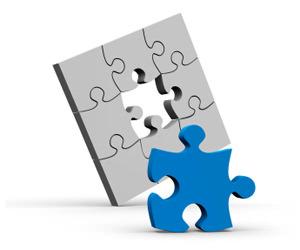 [Day 23 of Robert Wenzel's 30-day reading list that will lead you to become a knowledgeable libertarian, this article originally ran June 03, 2010.]

It seems incredible that in the last days, a fundamental right of the whole of humanity, the freedom of association, has been denounced by the New York Times and all major opinion sources, even as a national political figure was reluctant to defend his own statements in favor of the idea, and then distanced himself from the notion. Has such a fundamental principle of liberty become unsayable?

Or perhaps it is not so incredible. An overweening government, in an age of despotism such as ours, must deny such a fundamental right simply because it is one of those core issues that speaks to who is in charge: the state or individuals.

We live in antiliberal times, when individual choice is highly suspect. The driving legislative ethos is toward making all actions required or forbidden, with less and less room for human volition. Simply put, we no longer trust the idea of freedom. We can't even imagine how it would work. What a distance we have traveled from the Age of Reason to our own times.

I don't think anyone would dispute that right. How a person uses the right to associate (which necessarily means the right not to associate) is a matter of individual choice profoundly influenced by the cultural context. That a person has the right to make these choices on his or her own cannot be denied by anyone who believes in liberty.

The right to exclude is not something incidental. It is core to the functioning of civilization. If I use proprietary software, I can't download it without signing a contractual agreement. If I refuse to sign, the company doesn't have to sell it to me. And why? Because it is their software and they set the terms of use. Period. There is nothing more to say.

If you run a blog that accepts comments, you know how important this right is. You have to be able to exclude spam or ban IP addresses of trolls or otherwise include and exclude based on whether a person's contribution adds value. Every venue on the Internet that calls forth public participation knows this. Without this right, any forum could collapse, having been taken over by bad elements.

When business hires, some people make the cut and others do not. It is the same with college admissions, church membership, fraternities, civic clubs, and nearly every other association. They all exercise the right to exclude. It is central to the organization of every aspect of life. If this right is denied, what do we get in its place? Coercion and compulsion. People are forced together by the state, with one group required at the point of a gun to serve another group. This is involuntary servitude, expressly prohibited by the 13th Amendment. One presumes that a freedom-loving people will always be against that.

"The right to exclude is not something incidental. It is core to the functioning of civilization."

What about the claim that government should regulate the grounds of exclusion? Let's say, for example, that we do not deny the general right of free association, but narrow its range to address a particular injustice. Is that plausible? Well, freedom is a bit like life, something that is or is not. Slicing and dicing it according to political priorities is exceedingly dangerous. It perpetrates social division, leads to arbitrary power, mandates a form of slavery, and turns the tables on who precisely is in charge in society.

In fact, for the government to presume to regulate the "grounds" of any decision making is chilling. It presumes the right and ability of government bureaucrats to read minds, as if they can know the real motivation behind every action, regardless of what the decision maker claims. This is how banks in the last decades came to give out mortgage loans promiscuously: they were trying to throw off regulators looking for any sign of racial discrimination.

And, of course, this mind-reading trick is not arbitrary. It is dictated by political pressure. It is hardly surprising, then, that since the act passed in 1964, the grounds that the regulators say they can discern and thereby forbid have proliferated and are now completely out of control. Has this strategy really increased social well-being, or has it exacerbated conflict among groups that the state has exploited to its own ends?

But do we dare let property owners make such decisions by themselves? From a historical point of view, the injustice against blacks was perpetrated mostly by governments. Private business does not go in for race-based policies, because it means excluding paying customers.

And this is precisely why racialists, nationalists, and hard-core bigots have always opposed liberal capitalism: it includes and excludes based on the cash nexus and without regard to features that collectivists of all sorts regard as important. In the imagined utopias of the national socialists, the champions of commerce are hanged from lampposts as race traitors and enemies of the nation.

That's because the market tends toward an ever-evolving, ever-changing tapestry of association, with patterns that cannot be known in advance and should not be regulated by federal masters. In contrast, government's attempts to regulate association lead to disorder and social calamities.

In those associations which men promiscuously form for the purpose of trade or of any concern, in which government is totally out of the question, and in which they act merely on the principles of society, we see how naturally the various parties unite; and this shows, by comparison, that governments, so far from always being the cause or means of order, are often the destruction of it.

This is precisely why libertarians were right to oppose these provisions of the 1964 Civil Rights Act. They strike at the heart of freedom, and with an extremely high social cost. One is not surprised that thoughtless and anti-intellectual organs of opinion would seek to deny this. But what has surprised me is the speed with which supposed libertarians, especially in the ambit of DC, have been quick to distance themselves from the principle of the freedom of association. I take this not as a measure of intellectual bankruptcy, but as a sign of the fear that so many in an age of despotic control have of speaking truth to power.

Day 23 of Robert Wenzel's 30-day reading list that will lead you to become a knowledgeable libertarian, this article originally ran June 03, 2010.