Free Trade Is the Path to Prosperity 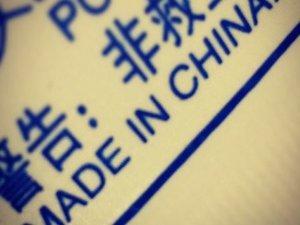 The political circus of the 2016 presidential election has revived and reinvigorated popular belief in age-old protectionist fallacies. Currently both Donald Trump and Bernie Sanders, are both in favor of expanding protectionist trade policy, with both of them arguing that free trade “destroys” jobs and hurts domestic workers and producers by exposing them to foreign competition. Both candidates espouse an utterly misguided zero-sum view of economics, in which one side to an exchange wins only when the other side loses. Both men are, of course, completely wrong.

Free Trade Does Not Destroy Jobs

It is true that greater competition between domestic and foreign workers can lead to a decline in wage rates and possibly unemployment in some sectors of the economy. But this is only a short-term effect. Free competition between foreign and domestic producers also naturally leads to lower prices for the goods and services which can now be freely imported from abroad. So, while nominal wage rates are pushed down in some sectors, real wage rates rise overall for everyone in the economy because of the decline in prices.

Thanks to free trade consumers spend less money on certain goods and services and this allows them to spend more money on others, which leads to rising demand and thus profits in the sectors providing the latter, and consequently leads also to more investment by entrepreneurs. This higher rate of investment naturally leads to the creation of more jobs in these sectors and thus offsets any original rise in unemployment that might have occurred.

Alternatively, the consumers may choose to save the extra disposable income that was freed up by the decline in prices. This rise in the savings rate will lead to a decline in interest rates, which makes profitable certain long-term capital-intensive projects which were not profitable beforehand. Seizing the opportunity presented by this increase in savings, entrepreneurs will start borrowing and investing in those long-term capital intensive projects, which on its own already creates more jobs, but it also leads to a rise in demand for capital goods, which raises profits in the capital goods industries and consequently leads to more investment and job openings in those sectors.

Free trade not only doesn’t “destroy” jobs, but it also promotes specialization between nations, which improves the efficiency and productivity of workers, and leads to a rise in living standards for all. Trade is not some kind of a zero-sum game in which if one side wins, the other has to lose.

When two countries such as the United States and China, for example, trade freely with one another, their citizens are incentivized to specialize in those lines of production in which they have a comparative advantage. Due to the difference in factors of production endowments it is best for different countries to specialize in producing those types of goods and services which they can produce most efficiently in comparative terms. A higher level of specialization, through the effect of economies of scale, makes production more cost-efficient.

By specializing in a certain line of production and then exchanging the goods and services produced for those that others are specialized in producing, the people of a given country can substantially raise their living standards because the gains in productivity are naturally followed by an increasing supply of goods and services and thus rising real incomes. This way free trade allows for the flourishing of what can be called an “international” division of labor. Just like a greater degree of division of labor can lead to big gains in productivity and thus real incomes on an intra-national (i.e., internal for a given country) level it can also do so on an international level.

When international trade is restricted, for example, by protectionist legislation which places tariffs on certain imports, this process of specialization is hindered and thus the gains in productive efficiency are diminished. By artificially raising the price of imports, tariffs allow otherwise uncompetitive and inefficient domestic businesses to remain in operation. Consumers are forced to pay higher prices for the goods the importation of which is penalized by tariffs, and this effectively constitutes a redistribution of resources from the consumers to the domestic producers.

More importantly, protectionism hinders the process of specialization described in the previous section and thus prevents living standards from rising in the long-term, or worse — it can even lead to their decline. By propping up the profits of comparatively inefficient domestic producers and keeping in business, tariffs prevent the labor shift from those inefficient sectors, to more comparatively efficient ones. Consequently, because this prevents a higher degree of specialization from taking place, or even reverses it, the benefits that specialization leads to cannot be obtained. Productivity does not increase (or at least not to the same degree as it could) and thus real incomes do not rise.

Contrary to the popular political rhetoric nowadays, free trade does not “destroy jobs.” It can only lead to a shift of resources (labor, capital, and other factors) from one comparatively inefficient sector or group of sectors in the domestic economy to another more comparatively efficient one. This process of specialization in the comparatively advantageous lines of production not only does not destroy jobs, but it also enables big gains in efficiency and productivity to take place, which leads to a rise in real incomes. This is how, far from somehow hurting the domestic workers, free trade actually does the opposite — it makes them richer. It is, in fact, protectionism which makes us all poorer, workers included, by artificially propping up inefficient businesses, leading to a misallocation of resources and a decline in standards of living for us all.

Georgi Vuldzhev is a passionate student of economics and former intern at the Institute for Market Economics in Sofia, Bulgaria. His articles on economics and politics have been published by European Students for Liberty, the Foundation for Economic Education, and various Bulgarian publications. His main areas of interest are Austrian business cycle theory, international trade and monetary theory.

Georgi Vuldzhev is a passionate student of economics and former intern at the Institute for...

Free Trade Is the Path to Prosperity

Some old economic myths never die, and presidential candidates are once again running on old fallacies about free...