The Cure (Low Interest Rates) Is the Disease 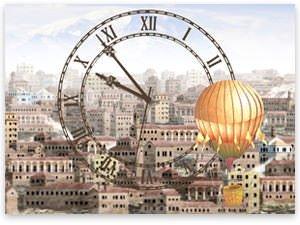 As a reaction to the global financial and economic crisis, central banks around the world have cut their interest rates to the point of disappearing, because they see low interest rates as being conducive to making economies return to growth and prosperity.

According to the Austrian School of economics, however, the latest crisis has been brought about by a monetary policy of artificially suppressing the interest rate; and pushing interest rates down even further will only make matters worse.

The conclusion — which stands in sharp contrast to the mainstream economic gospel — rests on the Austrian School of economics' sound analysis of the nature of and the relations between time preference, the interest rate, and the boom-and-bust cycle.

Time Preference as a Category of Human Action

"Time value is the difference between the values of things at different times,"[1] as Frank A. Fetter (1863–1949) noted, and it arises from time preference, which is, according to Ludwig von Mises (1881–1973), the fact that "satisfaction of a want in the nearer future is, other things being equal, preferred to that in the farther distant future. Present goods are more valuable than future goods."[2]

No mode of action can be thought of in which satisfaction within a nearer period of the future is not — other things being equal — preferred to that in a later period. The very act of gratifying a desire implies that gratification at the present instant is preferred to that at a later instant. He who consumes a nonperishable good instead of postponing consumption for an indefinite later moment thereby reveals a higher valuation of present satisfaction as compared with later satisfaction. If he were not to prefer satisfaction in a nearer period of the future to that in a remoter period, he would never consume and so satisfy wants. He would always accumulate, he would never consume and enjoy. He would not consume today, but he would not consume tomorrow either, as the morrow would confront him with the same alternative. Time preference is a category of human action.[4]

Time preference is determined by a number of factors,[5] and these affect the valuation of goods and services, which, in turn, is governed by the apodictically true law of diminishing marginal utility.

So, for instance, the higher someone's income is, the lower is his time preference. This follows from the truism that the larger the supply of a good is, the more of the less urgent needs can be satisfied. So the more goods are available, the smaller is the utility derived from an additional unit of a good.

What is more, private-property violations, in the form of, say, the government imposing taxes, reduce the taxpayers's income. And the fewer goods remain, the more valuable they become to the taxpayer — and the higher his time preference will be.

The higher peoples' time preference is, the more valuable they consider a present good relative to a future good — and, as a result, the higher is the pure interest rate. Likewise, the less valuable a US dollar available today is relative to a US dollar available in the future, the lower will be peoples' time preference — and the lower will be the pure interest rate.

Rothbard noted, "This pure rate of interest, then, is determined solely by the time preferences of the individuals in the society, and by no other factor."[6] It is the result of individuals valuing present goods relative to future goods.

The Interest Rate and Savings and Investment

Against this backdrop, it may not come as a surprise that in times of an economic crisis a further lowering of the interest rate is seen as being an appropriate recipe for making the economy return to higher production and employment.

Before discussing these conclusions in some more detail, it may be advisable to explain what the relation is between the interest rate and savings and investment from the viewpoint of Austrian economics.

However, it is not the interest rate that determines savings and investment — as suggested by mainstream economics. The interest rate is expressive of peoples' valuation of present goods relative to future goods. It is, so to speak, a resulting variable rather than a forcing variable.

Mises explained it the following way: "People do not save and accumulate capital because there is interest. Interest is neither the impetus to saving nor the reward or the compensation granted for abstaining from immediate consumption. It is the ratio in the mutual valuation of present goods as against future goods."[7]

The artificial lowering of the market interest rate induces additional investment. At the same time, savings decline and consumption increases. As a result, the economy starts living beyond its means. The boom is inflationary: all that has increased is the amount of money, not the supply of the means of production, such as labor and land.

The boom is economically unsustainable, because the policy-induced deviation of the market interest rate from the neutral interest rate causes malinvestment. Firms embark upon capital-intensive investment projects, and production becomes more time consuming, or roundabout.

The lengthening of the production structure implies a rise in the production of capital goods at the expense of consumer goods. The artificially suppressed market interest rate thus induces firms to engage in a kind of production that does not correspond to actual demand. As soon as this is revealed, the money-driven boom turns into bust.

The Problem Is Government Intervention, Not Capitalism 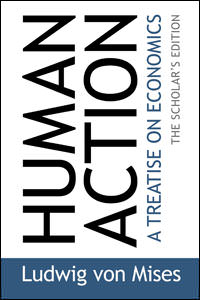 To sum up, in an unhampered market, the market interest rate (adjusted for risk and inflation premiums) is expressive of peoples' time preference, and it corresponds with the natural interest rate. It allows for people allocating current income to consumption, savings, and investment in accordance with their true preferences.

In a fiat-money regime, where money is produced through bank circulation credit, the market interest rate will necessarily be pushed to below the natural interest rate as determined by peoples' true time preference (that is, the pure interest rate adjusted for risk and inflation premiums).

This downward manipulation of the interest rate provokes an economically unsustainable boom, which must be followed by bust. Who can deny that the boom and bust is a consequence of fiat money — which is, in turn, a creature of government intervention in monetary affairs?