GET NEWS AND ARTICLES IN YOUR INBOXPrint
A
A
Home | Mises Library | Free Trade: The Litmus Test of Economics 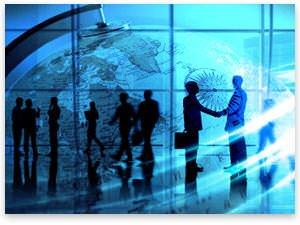 Free trade is the litmus test of economic reasoning. It has been ever since David Hume wrote his 1752 essay on commerce:

Foreign trade, by its imports, furnishes materials for new manufactures; and by its exports, it produces labour in particular commodities, which could not be consumed at home. In short, a kingdom, that has a large import and export, must abound more with industry, and that employed upon delicacies and luxuries, than a kingdom which rests contented with its native commodities. It is, therefore, more powerful, as well as richer and happier. The individuals reap the benefit of these commodities, so far as they gratify the senses and appetites. And the public is also a gainer, while a greater stock of labour is, by this means, stored up against any public exigency; that is, a greater number of laborious men are maintained, who may be diverted to the public service, without robbing any one of the necessaries, or even the chief conveniencies of life.

His friend Adam Smith made it the touchstone of economic logic and policy. His great work, The Wealth of Nations (1776), challenged the mercantilists, who believed in the mixed economy: free markets, legal monopolies, and tariffs.

Mercantilism is the default setting for most people. It is based on trust in state power. As I have put it, it is faith in the economic productivity of men with badges and guns.

I have never had any illusions about persuading people who trust in the creativity of badges and guns. The universal trust in state power in every area of life is an extension of what I call the power religion. It is the religion of every empire.

In 1972, I wrote an introduction to the reprint of my 1969 article "Tariff War, Libertarian Style." I reprinted it in my book An Introduction to Christian Economics (Craig Press, 1973). It deals with the inability of rational people to understand the logic of economics. In my introduction, I wrote this:

We come now to the economic issue that separates the economists from the special interest pleaders. There are a lot of supposedly free market capitalists who shout the praises of open competition, but when the chips are really down, they call for the intervention of the monopolistic, coercive State to keep Americans from trading with other Free World countries. Competition among Americans, but not between American companies and foreign companies: here is the cry of the tariff advocates. The fact that less than 5% of our economy is directly involved in foreign trade never phazes these enthusiasts: free trade is "destroying" the other 95% of the American economy! Somehow, the principles of capitalism operate only within national boundaries. Somehow the intervention of the State will "protect" Americans. Henry Hazlitt's classic little book, Economics in One Lesson, so completely destroys the arguments of the tariff supporters that there is nothing left of their position; still they keep coming. For two centuries their position has been intellectually bankrupt; still they keep coming. Tariffs hurt all consumers except those on the public dole of tariff intervention, e.g., the "infant industries" such as steel or textiles. Yet the advocates say that all Americans are "protected." The logic of economics cannot seem to penetrate otherwise rational minds.

Postscript: I rejoice that the 5 percent of GDP figure is now close to 24 percent. The idea of free trade has spread. The world is richer than it was in 1973.

The classic statement against this was made by F.A. Hayek in 1945 (chapter 4). It has been rejected by modern mercantilists ever since.

Special-interest groups have used this widespread faith — a faith now fading — to persuade voters that politicians and bureaucrats are reliable decision-makers who act only in the interest of the voters. They tell the voters that politicians merely want to make certain that workers are defended against unscrupulous, low-cost, foreign workers who make offers to sell goods at low prices to customers all over the world.

The mercantilists' belief is this: individuals who want to buy from foreigners are misguided, because foreigners are a threat to the prosperity of workers, even though foreigners are a tremendous benefit to the prosperity of those same workers, who take their money and go into the market looking for something to buy. It is the belief that workers, in their capacity as workers, are incapable of effective competition with foreigners. They need help from politicians and bureaucrats to maintain their income. The mercantilist philosophy also says that an individual is equally incapable of understanding his best interest as a customer, and this is proven by the fact that he is willing to buy something produced by a foreigner rather than by somebody inside his nation's geographical boundaries. In other words, the citizen is incompetent. He is incompetent to compete in the world market, and he is incompetent to judge what is really good for him and the nation.

So, in order to overcome the total ignorance and weakness of the American producer-customer, the mercantilist says that he can solve the problem by getting politicians to tax imports. This is safe, we are assured by mercantilists, because politicians' main goal in life is to make things better for the voters. Voters should trust the good intentions of politicians and the superbly informed decisions of tenured bureaucrats.

The mercantilists are statists, and so is every conservative who believes that a tariff can benefit American consumers and workers. Every philosophy of mercantilism is a philosophy of a gun stuck in the belly of another American. Every mercantilist idea is a defense of gun-in-the-belly economics.

I have only heard one conservative admit this. It was at a dinner party in 1976. I had been invited by a man I knew who was on the staff of Senator Jesse Helms. I was on the staff of Ron Paul. At the meeting, there was a man I had never seen before. He was an oaf. The group got into a discussion of free trade. Here is what he said:

I will tell you what free trade is. It is when I put the barrel of my .45 at the head of some gook and tell him, "We are going to trade, and we're going to trade on my terms."

The mercantilist does not tell the American what he must trade. He only tells him what he may not trade and who he cannot trade with. It is a negative philosophy of government control. It is control by prohibition, not control by active compulsion. It is not socialism. It is not the government ownership of the means of production. It is rather the right of the government to stick a gun in the belly of an American who wants to trade with a foreigner, and to tell that person that he does not have the right to do so without paying the government some money. In short, it is extortion.

Even worse are quotas. Quotas do not even get the government any tax money. Quotas transfer all of the extorted wealth to domestic producers of whatever item is being protected, meaning forbidden to buy from sellers located outside the nation. The classic example in the United States is sugar. Quotas are ways to subsidize farmers who grow corn and sugarcane at the expense of foreign farmers who grow sugarcane. It is coercion against all those customers who prefer the taste of cheap sugar to fructose.

Quotas are great for Louisiana sugarcane growers, who get to sell their product at a high price. It is not great for candy manufacturers. It is not great for people who love the taste of sugar. But mercantilists believe that politicians have a perfect right to sell their votes to sugarcane growers and corn growers at the expense of the personal tastes of candy lovers, soda-pop lovers, and other consumers of sugar. It is a philosophy of political sugar daddies at the expense of sugar lovers.

They literally cannot understand the logic of the free market, once they get to the invisible border known as a national boundary. At that point, they completely throw out everything they say they believe in regarding what takes place inside those borders. For them, truth is determined by which side of an invisible line called the border you live on.

I believe in free trade. That is because I believe that the same principles of private ownership and voluntary exchange that exist inside the borders of the United States — cities, counties, states — should also apply to voluntary exchange across the borders of the United States. I believe that UPS and FedEx should have the same function across all borders.

Mercantilists reject this outlook. They believe in guns and badges, and that anybody who calls into question the wisdom of politicians and bureaucrats to organize production by means of badges and guns is unpatriotic.

The mercantilist says that he knows better than property owners do what is good for individuals and the nation. Maybe he admits that he personally does not know, but he is sure that Congress does and tenured bureaucrats do. He insists that Congress should pass laws that empower tenured bureaucrats to decide who should trade and on what terms across the nation's borders.

Do you believe in the wisdom and incorruptible nature of politicians and bureaucrats? Then you are a prime recruit for mercantilism. If you don't, then you aren't.

Anyone who promotes a tariff is a mercantilist, unless he is also calling for the abolition of the federal income tax and any national sales tax. Anyone who promotes quotas of any kind is a mercantilist. He may deny this. He may not understand this. He probably cannot follow an argument based on voluntarism. He does not believe in voluntarism. He believes in the wisdom conveyed by badges and guns.

My advice: do not trust his judgment.