Free Markets Would Be OPEC's Undoing 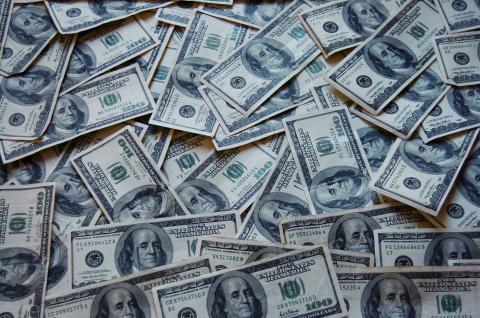 Middle Eastern terrorism rests on a foundation of financial support in the form of revenues derived from the sale of oil by the members of the OPEC cartel. Sometimes, as in the case of Iraq and Libya, the connection is simple and direct—oil revenues go straight to terrorist governments, either because the terrorist governments themselves own the oil deposits or because they collect taxes based on oil revenues. Such revenues are then used to finance terrorist operations.

In other cases, such as Saudi Arabia and the United Arab Emirates, the connection is indirect and somewhat less simple. Here, as a minimum, the enrichment of the region, based on the fact that it possesses oil which it sells in the world market, makes possible a demand for goods and services in the region that would otherwise not exist.

Thus, in the ways just described, the oil revenues received by OPEC are the direct or indirect financial foundation of Middle East terrorism. It clearly follows that the key to choking off the funds that finance terrorism is to reduce as much as possible the funds now flowing to OPEC. Based on an annual OPEC production of about 11 billion barrels of oil, every dollar that the average annual price of a barrel of oil can be made to fall means approximately $11 billion dollars a year less going to OPEC—and thus correspondingly less money directly or indirectly available with which to finance terrorism.

The means are readily available to bring about at least a $10-per-barrel reduction in the price of oil, and probably a $20 or more reduction. What makes possible the potential for such large declines in a relatively short period of time is the very same characteristic of the demand for oil that leads to spikes in its price when its production is cut by just a small percent—namely, the so-called inelasticity of the demand for oil. This is the fact that to reduce by a relatively small amount the quantity of oil demanded, or to increase it by a relatively small amount, substantially larger changes in price are required.

Thus, in the 1970s, for example, reducing the quantity of oil demanded by a few percent required a more than doubling of the price of oil. In the 1980s, the price of oil fell by about two-thirds in response to relatively modest increases in the supply of oil. Such a large decrease in price was required in order for the market to be able to absorb the additional supply of oil that then became available.

Today, it is possible once again to bring about a dramatic fall in the price of oil—indeed, one even larger than occurred in the 1980s. And it could begin right away. All that is necessary is to abolish the U.S. government’s restrictions on domestic energy production inspired by the environmentalist movement.

Consider the potential for increasing the supply of oil by opening up both the whole of the continental shelf of the United States and all of the vast so-called wildlife preserves and wilderness areas in Alaska and the rest of the country to drilling for oil.

Certainly, these sources could soon very easily increase the world’s supply of oil by the few percent needed to make the price of oil plunge. And to the extent that OPEC sought to prevent a fall in price by equivalently curtailing its own production, it would be deprived of the full amount of the revenues it had earned on that production. In addition, any maintenance of the high price by OPEC would serve only to put revenues and profits that it had been earning into the pockets of its American competitors, who would thereby have the financial means as well as the incentive to further expand at OPEC’s expense.

Abolishing our restrictions on coal and natural gas production and on atomic power would further compound OPEC’s problems. This is because any expansion in the supply of these competing sources of energy and fall in their price serves to reduce the quantity of oil demanded at any given price of oil. The result is that, in the face of a fall in the demand for oil, any given production of oil can be sold only at a lower price than would otherwise be possible.

In an environment of economic freedom for energy production in the United States, OPEC would lose all incentive to maintain the price of oil at anywhere near its present level by reducing the quantity of oil it produced. This is because it would then have to reduce its production by an amount equal not only to the expansion of oil production in the United States but also to the reduction in the quantity of oil demanded because of the increase in the supply and fall in price of competing sources of energy. The magnitude of reduction in its production of oil that would be required to offset all of this expansion would be too great to make the reduction worthwhile to OPEC.

Indeed, it is implicit that had the United States pursued a policy of economic freedom with respect to energy production over the last thirty years, the conditions for OPEC’s success as a cartel would never have been present in the first place, and the accumulation of vast funds capable of supporting terrorism would never have been able to occur.

Every barrel of oil that the environmentalists have succeeded in getting the U.S. government not to allow to be produced, every ton of coal that they have prevented from being mined, every atomic power plant whose construction they have stopped, has served to make oil scarcer and more expensive and subsequently to enrich OPEC and increase the funds available for the support of terrorism.

The normal character of economic freedom is one of universal enrichment. It becomes a means of impoverishment in the present case only because of the presence of the combination of two special circumstances: first, the prior existence of extensive monopoly privilege, which we have created for OPEC to the extent that our laws and regulations prohibit the competition of American energy producers; second, the fact that the economic policies of the many Arab states prevent the earning of substantial wealth not based on monopoly privilege.

Today, after thousands of needless deaths and major destruction of property of symbolic as well as economic value, the supporters of environmentalism are among those who must make a choice. Which do they value more: indulging their exaggerated fear of oil spills on beaches and their boundless desire for nature untouched by man, or the lives and property of innocent victims of terrorism and, as now seems likely, the lives of hundreds and possibly thousands of young servicemen and women and the potentially enormous economic costs of a war?

True enough, decades of policies serving to enrich the supporters of terrorism have made it impossible for a policy of freedom for energy production in the United States all by itself to now strip the terrorists of financial support. But it would certainly very substantially help in reducing such support. And it would show up in lives and property saved. The environmentalists must choose.