A Foreign Aid Disaster in the Making 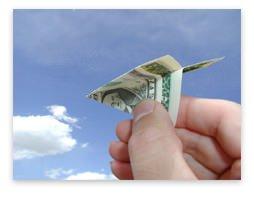 In the wake of the tsunami disaster in Indonesia, governments throughout the world are doing what governments always do: throwing money at the problem. In this case, the money is referred to as "foreign aid."

The billions of dollars (or the equivalent in other currencies) being sent to Indonesia, India, Sri Lanka, and other devastated areas are bound to do some good; it would be impossible to spend all that tax money without some of it leaking out to benefit some of the disaster victims. Indeed, the television news networks are already filled with scenes of American helicopters and cargo planes unloading in-kind aid of all kinds.

Politicians are bound to politicize this disaster, as they do with all other world events, in a way that helps them accumulate more power and confiscate more wealth from their citizens. Specifically, now that they are becoming rather fond of portraying themselves as internationalized Mother Teresas, coming to the aid of anyone, anywhere, as long as it is all paid for by their hard-working, hapless taxpayers, they will be inclined to become champions of ever-expanding foreign aid spending. To do this they will have to ignore the truth about foreign aid: For over half a century, it has been either ineffective or counterproductive in stimulating prosperity.

The late Peter Bauer (Lord Bauer) devoted his entire career to studying the law of unintended consequences as it applied to foreign aid, and many of his conclusions are summarized in his 1991 book, The Development Frontier.

First of all, notes Bauer, foreign aid is not "aid" but a transfer or subsidy. And it is typically not a transfer to the poor and needy but to governments. Thus, the predominant effect of "foreign aid" has always been to enlarge the size and scope of the state, which always ends up impairing prosperity and diminishing the liberty of the people. Worse yet, it leads to the centralization of governmental power, since the transfers are always to the recipient country’s central government.

Like every other government handout program, foreign aid programs rely on a series of myths concocted by a statist intellectual class. The most prominent among these myths is that economic development in "undeveloped" countries depends on foreign aid. Not true. As Bauer wrote: "Economic achievement depends on personal, cultural, social, and political factors . . . and the policies of . . . rulers. . . . It diminishes the people of the Third World to suggest that . . . unlike the people of the West they cannot achieve it without subsidies" (p. 42).

This "vicious circle of poverty" theory was championed for decades by Paul Samuelson, who argued that poor countries needed capital subsidies to develop, for they had no resources to spare with which to invest in capital. But, as Bauer correctly points out, "This hypothesis is refuted by every individual family, group, community, or country that has emerged from poverty without subsidies . . . . Indeed, if the hypotheses were valid, the world would still be in the Old Stone Age" (p. 43).

Private capital markets have always funneled investment funds to poor countries where there were prospects of the productive use of the capital. That, indeed, is why the U.S. was a debtor nation from its inception until about the early 1920s. As Bauer concludes: "Ability to borrow does not depend on the level of income, but on responsible conduct and the ability to use funds productively" (p. 44). (A hallmark of Samuelsonian economics has always been its detachment from historical reality, to go along with its mathematical virtuosity).

Since foreign aid goes from one government to another, it inevitably diverts resources from the activity of production to the activity of "rent seeking" or attempts to acquire governmental funds. It creates a giant patronage machine, in other words, with all the attendant corruption that such things have always entailed. Such corruption often leads to armed conflict over the control of the patronage in many Third World countries. And, as more and more resources are devoted to rent seeking instead of production and entrepreneurship, the recipient countries become poorer and poorer. If anything, it is foreign aid that causes a "vicious circle of poverty."

Foreign aid also lets corrupt, interventionist states off the hook for their counterproductive, if not disastrous, economic policies. Governments that retard economic growth with high taxes, spending and borrowing, excessive regulation, protectionism, inflation, price controls, land collectivization, and outright corruption, are spared a citizen revolt if foreign aid can at least be used to put food on enough tables to keep the masses happy and in line.

Bauer even found that many aid-receiving governments intentionally wrecked their own economies as a strategy for acquiring additional millions in foreign aid. This whole process may be bad for their economies, but it consolidates their political power and enriches them at the same time.

Like all forms of welfare, foreign aid also enforces an attitude among aid recipients that circumstances are beyond their own control, and therefore they must depend on begging from foreigners rather than on entrepreneurship. Foreign aid creates a giant moral hazard problem, in other words.

Consider the case of Micronesia. As David Osterfeld wrote in Prosperity vs. Planning: How Government Stifles Economic Growth (p. 146):

The pauperization of Micronesia was a direct result of foreign aid. The United States acquired Micronesia as a trust territory in 1945 following its liberation from the Japanese. Outside private investment was discouraged because it would, according to U.S. Navy officials, 'reduce the people to cheap labor.' Instead, the people of Micronesia were given free food, clothes, and other supplies. The result was bankruptcy of many local stores and undermining of the incentive to work.

Osterfeld quoted a Micronesian political official as saying, "We have no technicians, no plumbers, no electricians. We have no economic base to be self sufficient because the U.S. government just handed us everything . . ."

The donors of foreign aid are not always motivated by charitable impulses, either. It is well known that foreign aid has long been part and parcel of the U.S. government’s protectionist policies: Protectionism at home allows politicians to buy votes from protected industries and their employees, even though blocking imports from certain Third World countries may be economically devastating to those countries. Then, having caused the economic devastation, the same politicians will act like heroic angels and vote to send welfare payments to those countries in the form of cash and in-kind "aid."

If the aid is in the form of say, farm tractors, then the politicians create for themselves yet another opportunity to buy votes (and solicit campaign contributions) with the tax dollars that are used to pay for the American-made tractors. Thus, politicians and tractor manufacturers become the real beneficiaries of the "aid."

Food aid has at times been disastrous for countries in Africa and elsewhere. Dumping millions of tons of grain and other foods depresses agricultural prices in the recipient countries, driving many of their farmers into bankruptcy, and creating even more dependence on foreign aid. The farmers then migrate to the cities to find work, driving up food prices there, which is often met with price controls on food, which creates even more food shortages and appeals for even more foreign food aid.

Sometimes this particular calamity is avoided because of the fact that the political rulers of the aid-receiving country simply confiscate all of the food aid and sell it on international markets, pocketing the proceeds with the help of Swiss bank accounts.

Consequently, there is little or no concern over whether these subsidized investments will benefit consumers and be profitable. They are viewed as merely a pork barrel, get-rich-quick opportunity for a small number of politically-connected people in the recipient country, period. Thus, foreign aid has funded such things as "double-deck suspension bridge for non-existent railroads, giant oil refineries in countries that neither produce nor refine oil, giant crop-storage depots . . . that are not accessible to farmers, and numerous other white elephants," wrote Osterfeld (p. 150).

As Robert Higgs wrote in his classic book, Crisis and Leviathan,emergencies always result in a ratcheting up of governmental powers at the expense of liberty and prosperity. Once the emergency is ended, the size and scope of government is never reduced to the level that it was at before the emergency. Thus, over time, crises and emergencies—or the perception of them—is a major cause of the growth of the Leviathan state.

This is also true in the case of international emergencies, such as the recent events in Indonesia. This natural disaster has already led to a burgeoning growth of the U.S. foreign aid bureaucracy, and such growth will continue for years, along with all the undesirable, if not disastrous effects that are inherent in all forms of "foreign aid."