Five Ways to Create a Monopoly 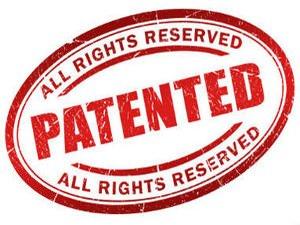 It’s hard to maintain monopoly status in a free market when you have to deal with all that competition and whatnot.

Between other companies’ low prices and new, updated products entering the market each day, it’s almost like Rich Uncle Pennybags is a thing of the past. But fret not!

The politicians of the world would like to offer anyone dead set on controlling an entire industry the chance to shine. So come one, come all — government agencies, cronies, and all their friends — as we present the five best ways to create a monopoly and to ensure you never have to compete again.

1. Regulations. When the cost of doing business is high, make it higher. Small firms can’t survive government imposed regulations while bigger firms can certainly bear the burden, at least temporarily. Taxes, mandates, and especially “safety regulations” (e.g., clinical trials at the Food and Drug Administration) will wipe out your competition before they even have time to ask what the new rules mean. Then hire a lobbyist in Washington. I’m sure he or she will come up with a good reason that the industry should adhere to stricter and more expensive guidelines.

2. Subsidies. There’s no such thing as a free lunch. But, when the government is paying for it, the lunch sure does taste free. Subsidies offer an alternative, consumer-driven focus to acquiring monopoly status. Arbitrary revenue-boosts from the government will allow you to reduce prices to essentially nothing, all while maintaining profitability. You can give away (what used to be) a $10.00 item for free and, with the help of $1 million in subsidies from our nation’s capital, you can stay afloat. Your competitors, however, will have to make do with reality. Even if they somehow manage to slash prices to $1.00 per unit, what kind of customer will pass up free? The subsidy doesn’t have to last permanently, either. It will only take a few weeks before your competitors begin to default on paychecks and other loans without transaction revenue.

You can also take this route without the government revenue injections if you have a contingency plan in the form of a bailout. Both you and your competitors will go bankrupt, but only one (fingers crossed it’s you) will receive CPR.

3. Nationalization. Shout out to government officials! This one’s for you. The easiest and most straightforward way to create a monopoly is to simply write the monopoly into law. Federal control over an entire industry — much like we’ve done with the United States Postal Service — is effectively the prohibition of competition from the private sector. But don’t ever reference the USPS. It’s a terrible (albeit realistic) example of a government monopoly, what with its inefficiency, perpetual deficits, and general lack of regard for any sense of advancement in mail delivery. Rather, tell everyone you want to monopolize “for the good of the people” and then talk about the Department of Education or some other public sector operation people don’t like to criticize in front of company.

4. Tariffs. Neighbors can be annoying. Some are loud and others are strange, but the absolute worst neighbors are the ones who compete with you in the marketplace (and then win). In the beautiful Southwest, this neighbor is Mexico. Companies south of the border produce certain commodities much more cheaply than American companies do, and they have the nerve to think that they can export their inexpensive products to the United States on a whim. We don’t think so. If Mexican companies sell sugar for $2.00 per pound and you charge $3.00, don’t let them satisfy customers like they own the place. Make sure they pay an import fee of $1.01 and it’s guaranteed you’ll win new business one cent at a time. Better yet, propose a complete ban on the sale of foreign goods in your state, city, and town until you’re so isolated from the rest of the world that no one has a choice to buy from anyone except you.

5. Intellectual property. If you have a good idea, why let anyone else have the same one? Take that idea, write it down in the broadest words possible, and send it straight to the United States Patent and Trademark Office, where public officials will (hopefully) grant you the exclusive right to use it. And don’t worry, if someone else thinks of the idea one day later ... too bad. You filed first. Even if someone halfway across the globe comes up with the same idea independently ... too bad. You filed first. Milk your monopoly for all it’s worth. Put a huge price tag on that beast and feel free to ignore quality. What are consumers going to do: purchase your exclusive product elsewhere?

We wish you the best of luck in your venture. You deserve it.

Brian LaSorsa is a columnist in Phoenix, Arizona. He has contributed to the Washington Examiner and the American Conservative and regularly blogs at the Huffington Post. Contact him on Twitter.