FEMA Should Be Shut Down 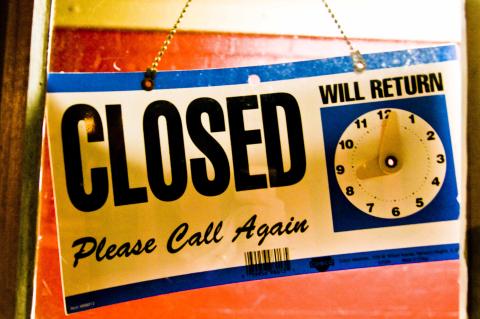 What if there was no such thing as FEMA?

I asked myself that question after reading about the Federal Emergency Management Agency's bungled efforts to serve the poor and suffering in the area formerly known as New Orleans. Following Hurricane Katrina and its aftermath, FEMA was criticized for inaction, epitomized by Director Michael Brown's August 29th memo suggesting workers be allowed two days to get to the ravaged region. (Incredibly, Homeland Security spokesman Russ Knocke defended the two-day delay as necessary to provide workers with adequate training.)

On the same day, notes the New York Post,Brown urged local fire and rescue departments outside Louisiana, Alabama, and Mississippi not to send trucks or emergency workers into disaster areas without an explicit request for help from state or local governments. Above all, the goal of any relief effort (as Brown wrote in another memo) is to "[c]onvey a positive image of disaster operations to government officials, community organizations and the general public."

Conveying such an image will be a tall order. Other news reports noted how FEMA prevented the Coast Guard from delivering fuel and the Red Cross from delivering food, barred morticians from entering New Orleans, blocked a 500 boat flotilla from delivering aid, and ignored a Navy ship equipped with a 600-bed hospital — all while thousands died. Let's face it: If Michael Brown wasn't a political appointee and operated instead in the private sector, Congress would be going after him with criminal charges like he was Ken Lay.

But such a comparison is not fair to the former Enron chief. After all, Lay had enough of a clue to resign and find legal representation. Brown has not resigned, but he was taken off New Orleans duty under pressure for oddities in his resume. What's more,the agency itself will likely face no repercussions; in fact its budget will likely be increased. (I have called this tendency for failure to lead to expansion  Westley's Law.) Most everyone knows this. Even in New Orleans, when a major storm threatened to test the publicly-managed levees, over 80 percent of the population decided to get out when it had the chance.

The comparison of Enron to FEMA does have its limits. Enron, after all, was effectively abolished by market forces. But since FEMA operates outside the market, and indeed exists because of government's legal monopoly on the use of force, it lives to waste and redistribute and expand for another day.

More than a week following the catastrophe and several days of bad press, FEMA announced a program to give $2000 cash to every household that claims to be affected by Katrina. Then the program was abruptly cancelled, then reactivated, then cancelled, then reorganized, and who knows where it stands now. The latest FEMA news release says that a

"call to the Department of Homeland Security's Federal Emergency Management Agency (FEMA) will start the process with federal and state programs designed to assist in your recovery. Registering with other agencies -- such as the American Red Cross or your county emergency management office -- will not connect you with FEMA. It takes approximately 20 minutes to complete the registration process at the FEMA toll-free number at 1-800-621-FEMA (3362)..but because of the high volume please be patient and keep trying."

"Be patient and keeping trying" should be the adopted as the official slogan of government.

By all accounts, it is not going to be very discriminating about to whom it gives funds while touting relaxed verification rules and modern forms of disbursement, including electronic funds transfers to bank accounts and the distribution of debit cards — provided the agency can get its act together and actually accomplish this without the confusions that have so far prevented the program from doing much of anything at all.

If there were no FEMA, no such wealth distribution (to say nothing of the waste) would take place, while much of the currently squelched efforts by private individuals, non-profits, and firms would be flourishing all along the Gulf Coast. FEMA's boorish behavior underscores it real purpose, which is always to spend its budget and get good press doing it, because such activities will reflect well on the public sector.

Contrast that with the goal of private relief organizations such as the Salvation Army or the Red Cross. Because their spending is limited to voluntary donations, they have a greater incentive to spend their funds in ways that bring the most benefit. Since no one household or individual situation is the same, no one needs exactly the same amount of aid. Six-member Household A may need medical supplies, diapers, and food, while four-member Household B may have been taken in by friends or family members and may only need food. Whatever the situation, private relief organizations have a greater incentive to discriminate in such cases. They certainly would not assume that the marginal cost of serving every household is the same, as does FEMA with its arbitrary, two-grand disbursements to all comers.

More importantly, FEMA's generosity with other people's money discourages families and other private networks from forming and reaching out to help each other in times of need. Household B above would have less of an incentive to search out family or friends when FEMA is making funds available. The result is a weaker social fabric and greater dependence of the State.

But why should FEMA care? This isn't primarily about relief. This is about public relations for the public sector while it removes homeowners from their own property under gunpoint. This is about drawing attention away from decades of federal levee management and federal flood insurance programs. This is about not losing the black vote in the city that practically invented vote-buying. Even if relieving human suffering is on FEMA's radar screen, it is far down its list of major priorities.

There's more. If FEMA never existed, there would be:

For a small glimpse of how the private sector can respond to tragedies such as those occurring along the Gulf Coast, you only need to look as far as Wal-Mart, which has been showing that it is about more than low prices and economies of scale. The firm, hated by the Left for helping to bring autonomy to low-income individuals, had 45 trucks loaded and ready for delivery in its Brookhaven, Mississippi, distribution center and secured a special line at a nearby gas station to ensure that its employees could make it to work before Hurricane Katrina made landfall.

After the storm, while FEMA's Brown was shooting memos, Wal-Mart offered $20 million in cash donations, 1,500 truckloads of free merchandise, food for 100,000 meals and the promise of a job for every one of its displaced workers. According to the Washington Post, the firm "turned the chain into an unexpected lifeline for much of the Southeast and earned it near-universal praise at a time when the company is struggling to burnish its image."

This is simply good business, and Wal-Mart is far from the only overtaxed firm trying to provide it along the Gulf Coast, reflecting the naturally cooperative relationship between producers and consumers.

On NBC's "Meet the Press" on Sunday, Aaron F. Broussard, president of Jefferson Parish in the New Orleans suburbs, told host Tim Russert that if "the American government would have responded like Wal-Mart has responded, we wouldn't be in this crisis." He's not the only one who glimpsed what might have been if there were no such thing as FEMA in the first place.