The Failed Dream of a Laissez-Faire Monarch 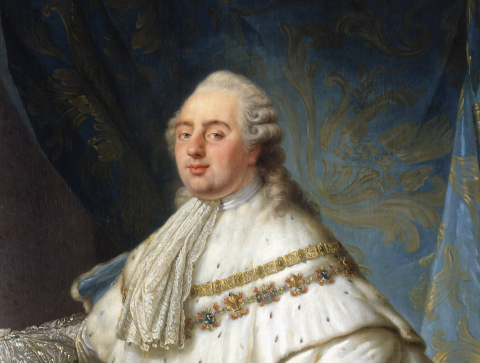 To French liberals of the later 17th or 18th century there seemed to be only one answer: government is and always will be rule by an absolute monarch. Oppositionist rebels had been crushed in the early and mid-17th century, and from then on only one answer was thinkable: the king must be converted to the truths and wisdom of laissez-faire. Any idea of inspiring or launching a mass opposition movement against the king was simply out of the question; it was not part of any thinkable dialogue.

The physiocrats, like classical liberals earlier in the 18th century, were not simply theorists. The nation had gone awry, and they possessed a political alternative they were trying to promote. But if absolute monarchy was the only conceivable form of government for France, the only strategy for liberals was simple, at least on paper: to convert the king. And so the strategy of classical liberals, from the exertions of the Abbé Claude Fleury and his able student, Archbishop Fénelon, in the late 17th century, to the physiocrats and Turgot in the late 18th, was to convert the ruler.

The liberals were well placed to pursue the strategy of what might be called their projected "revolution from the top." For they were all highly placed at court. Archbishop Fénelon placed his hopes in the dauphin, rearing the duke of Burgundy as an ardent classical liberal. But we have seen that these carefully laid plans turned to ashes when the duke died of illness in 1711, only four years before the death of Louis himself.

A half-century later, Dr. Quesnay, working through Madame de Pompadour, used his position at court to try to convert the ruler. Success in France was only partial. When Turgot, who agreed with the physiocrats on laissez-faire, became finance minister and started putting sweeping liberal reforms into effect, he quickly ran into a wall of entrenched opposition that removed him from office only two years later. His reforms were angrily repealed. The leading physiocrats were exiled by King Louis XVI, their journal was quickly suppressed, and Mirabeau was ordered to cancel his famous Tuesday evening seminars.

The physiocrats' strategy proved a failure, and there was more to the failure than the vagaries of a particular monarch. For even if the monarch could be convinced that liberty conduced to the happiness and prosperity of his subjects, his own interests are often to maximize state exactions and therefore his own power and wealth.

Furthermore, the monarch does not rule alone, but as the head of a ruling coalition of bureaucrats, nobles, privileged monopolists, and feudal lords. He rules, in short, as the head of a power élite, or "ruling class." It is theoretically conceivable but scarcely likely that a king and the rest of the ruling class will rush to embrace a philosophy and a political economy that will end their power and put them, in effect, out of business. It certainly did not happen in France and so, after the failure of the physiocrats and Turgot, came the French Revolution.

In any event, the physiocrats did manage to convert some rulers, though not the monarch of France. Their leading disciple among the rulers of the world—and one of the most enthusiastic and lovable ones—was Carl Friedrich (1728–1811), margrave of the duchy of Baden in Germany. Converted by the works of Mirabeau, the margrave wrote a précis of physiocracy and proceeded to try to institute the system in his realm. The margrave proposed free trade in corn to the German Diet, and in 1770 he introduced the impôt unique at 20 percent of the agricultural "net product" in three villages of Baden.

Administering the experiment was the margrave's chief aide, the enthusiastic German physiocrat Johann August Schlettwein (1731–1802), professor of economics at the University of Giessen. The experiment, however, was abandoned in a few years in two villages, although the single tax continued in the village of Dietlingen until 1792. For a few years, the margrave also imported Du Pont de Nemours to be his adviser and tutor to his son.

In one notable meeting, the fervent margrave of Baden asked his master Mirabeau whether or not the physiocratic ideal was making sovereign rulers unnecessary. Perhaps they might all be reformed out of existence. The margrave had divined the anarchistic—or at least the republican—core underlying the laissez-faire libertarian and natural rights doctrine. But Mirabeau, dedicated as were all the physiocrats to absolute monarchy, drew back, sternly reminding his younger pupil that while the role of the sovereign would ideally be limited, he would still be the owner of the public domain and the preserver of social order.

Several other rulers of Europe at least dabbled in physiocracy. One of the most eager was Leopold II, grand duke of Tuscany, later emperor of Austria, who ordered his ministers to consult with Mirabeau, and who carried out some of the physiocratic reforms. A fellow traveler was Emperor Joseph II of Austria. Another physiocratic enthusiast was Gustavus III, king of Sweden, who conferred upon Mirabeau the grand cross of the newly founded Order of Wasa, in honor of agriculture. Du Pont in turn was made a Knight of the Order. More practically, when the physiocratic journal was suppressed upon the fall of Turgot, King Gustavus and the margrave of Baden joined in commissioning Du Pont to edit a journal that would be published in their realms.

But the physiocratic appeal to monarchy lost what little effect it had after the onset of the French Revolution. Indeed, after the revolution, physiocracy, with its proagricultural bias and devotion to absolute monarchy, was discredited in France and the rest of Europe.