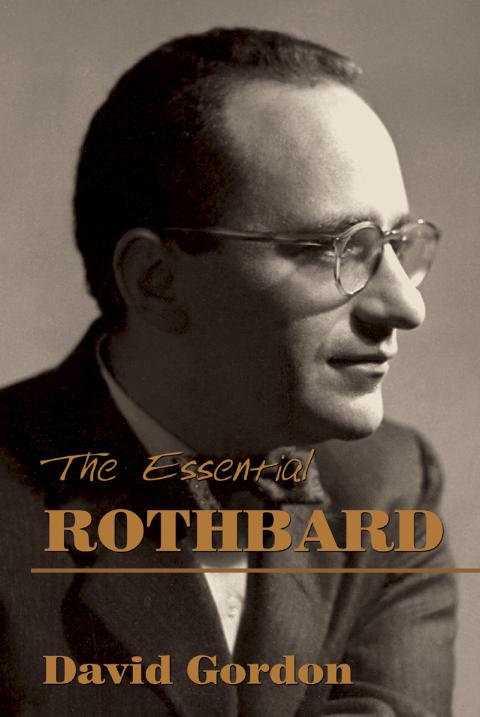 Here is the book for the Age of Rothbard, precisely the primer that is needed at a time when his influence—as the most radical and compelling intellectual force in the second half of the 20th century—is higher than during any time during his lifetime.

And so this book is a landmark in Rothbardiana: the first, rigorous intellectual biography of Murray N. Rothbard, one that takes a candid look at his public and private papers to cover not only his economic thought but also his historical method, his political ideology, the Rothbardian cultural outlook and social theory, and guides the reader through the whole of his vast output. It even includes a complete (and massive) bibliography.

The beauty of this book consists in its original research (David Gordon had full access to the private correspondence of his subject) and also its brevity: the biographical portion is 125 pages, and so the pace is super fast and the prose compact and riveting.

It is more difficult that it may seem to produce a book of this scale. The author must be well-read in five different fields, and have absorbed the whole of Rothbard's output. And there is the balancing act of not only covering all these fields but integrating them with unified themes, just as Rothbard did.

Here is where Gordon is most dazzling. He provides the reader an overview of Rothbard's thought and times but not in a piecemeal fashion but with an eye to conveying the Rothbardian worldview. All the while, he reports on such tantalizing treats as the notes that Murray took in graduate school. One can just imagine him scribbling furiously during class.

Those who remember Rothbard's own monograph The Essential von Mises know what an impact that had. This does the same for Rothbard. And so the book will be useful for students, professors, reading groups, or just the curious multitudes who are asking: who is this Rothbard anyway, and what did he contribute?

Gordon begins with his schooling, to show his early influences, and continues through his early career. He discusses how Rothbard slowly built the edifice, a full science of liberty, and how he managed to stay so active in public life as well. He even covers material that is yet to be published, so that the reader knows what Rothbard said about a range of topics that has yet to become part of the published corpus.

"David Gordon's biography provides a fine introduction to this feast of ideas. Gordon lays out his subject's major insights as an economist, ethicist, and historian. The biographical sections are also well worth reading, and it is hard to absorb them without feeling enormous affection for both Murray and his wife and helper of many years, JoAnn." Paul Gottfried

There are many Rothbardians but few are prepared to do what this author has done.