GET NEWS AND ARTICLES IN YOUR INBOXPrint
A
A
Home | Mises Library | Entrepreneurship: The Driving Force of the Economy

Entrepreneurship: The Driving Force of the Economy 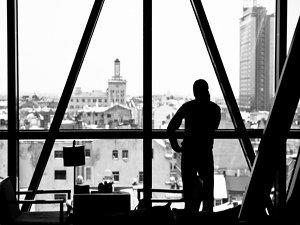 Author of The Capitalist and the Entrepreneur, Peter Klein has published numerous books and articles on entrepreneurship from an Austrian perspective. Dr. Klein, who is executive director and Carl Menger Research fellow at the Mises Institute, was interviewed in late 2013 by eTalk’s Niaz Uddin on the topic of entrepreneurship:

In the academic literature, things get even more confusing. Originally the word entrepreneur was identified with decision-making, risk-bearing, and responsibility: entrepreneurs were the business people who organized production, transforming resources into valuable products and services for consumers. That usage goes back to the eighteenth century. More recently, scholars have identified entrepreneurship with narrower activities or functions such as alertness to profit opportunities or the introduction of new goods and services or new ways to make existing products. In my academic writing I adopt the concept developed by the American economist Frank Knight and the Austrian economist Ludwig von Mises which emphasizes judgmental decision-making under uncertainty.

NU: Why do you think entrepreneurship is the fundamental stand of understanding economics? And how?

PK: Unfortunately, most people see economics as a dry, technical subject that involves poring over charts and graphs and writing equations to describe the “equilibrium” behavior of hypothetical actors. But economics is a logical, deductive, human science about real people acting in the real world, with all the dynamism, unpredictability, and creativity that entails. Markets aren’t static, lifeless mathematical constructs but lively, vigorous spaces where people interact and coordinate. Firms, markets, and industries don’t just come into existence by themselves, they have to be created and operated by real people with real responsibility. These people are entrepreneurs, what Mises called the “driving force” of the market economy. That’s one reason I’m attracted to the “Austrian” approach to economics, which has always placed the entrepreneur at the front and center of production and exchange — not an incidental actor who steps in to introduce novelty then fades into the background as the “normal” market process resumes. Entrepreneurship, as decisive action under uncertain conditions, is at the very heart of a market economy.

NU: Now, how do you connect these three dots: entrepreneurship, economic growth, and development of a country?

PK: If we think of entrepreneurship in the broad sense of judgment under uncertainty, then economic development and growth cannot exist without entrepreneurship! It is the entrepreneurs who invest the capital necessary for productivity growth, who organize production into firms and industries, who compete and cooperate to create and distribute goods and services to consumers in the most efficient and profitable manner. If we think of entrepreneurship more narrowly, as small business or startups or venture funding, then the story is more complex. To be sure, smaller and newer firms are often disproportionately responsible for employment growth and, in some contexts, the introduction of new products and new technologies. At the same time, large enterprises can also be innovative, and capital accumulation is often critical to achieving economies of scale and scope, even in today’s “knowledge economy.” And not every individual wants to be responsible for owning and operating a small business. Unfortunately, large firms are typically more adept at securing for themselves special political privileges and protection against competitors, though small firms play this game as well. Ultimately, I am agnostic about what mix of small and large, new and mature, and high-tech and low-tech firms is best for economic growth; I prefer to let competition in free markets sort it out.

NU: What drives entrepreneurs to build great organizations? And what are the role of culture and entrepreneurial environments in that endeavor?

PK: Clearly culture and environment are critical for the success of entrepreneurs, however defined. Unfortunately, there is little consensus in the research literature about the precise mechanisms by which culture, including social norms and beliefs, affects economic behavior. We have a general sense that cultures in which experimentation and creativity are rewarded, and failure is tolerated, are more conducive to the kind of risk-taking that entrepreneurship requires. At the same time, there are plenty of counterexamples — the Nordic countries, for example, are relatively egalitarian and homogeneous, while still being highly entrepreneurial.

When it comes to the legal and political environment, the evidence is clearer. Countries with strong property-rights protection, a well-functioning monetary system, and minimal government intervention in the economy provide the best environment for entrepreneurship and economic growth. There is a strong temptation among many government planners to try to micro-manage entrepreneurial activity through targeted subsidies, infrastructure spending, tax and regulatory codes that favor one type of firm or location over another, and other attempts to create geographic or industrial clusters of innovation. Everyone wants the next Silicon Valley in his country or region. But entrepreneurial clusters like Silicon Valley emerge, endogenously, from the bottom up; they cannot be established from the top down. To be sure, strong “anchor” entities like research universities and established companies are important for kick-starting local entrepreneurial activity. But most attempts by government planners to target particular areas or activities for an entrepreneurial boost have fallen flat. The policy environment should also allow the “freedom to fail” — no bailouts and subsidies for unsuccessful ventures! Monetary and fiscal policies designed to “stimulate” the economy are also harmful, as they tend to generate asset bubbles and other forms of price inflation that make it more difficult for entrepreneurs to plan and invest.

NU: What aspects of economics and globalization should entrepreneurs master?

PK: I think everyone should understand basic economics — say, by reading Henry Hazlitt’s classic Economics in One Lesson. Most of economic principles are common sense: there’s no such thing as a free lunch, benefits and costs should be compared at the margin, voluntary exchange is mutually beneficial, actions often have unintended consequences, and so on. Basic knowledge about globalization — the radical drop in communication and transportation costs, the often-surprising differences in legal, political, and social rules and customs around the world — is important too. But I don’t think a deep theoretical knowledge of economics or international trade is a prerequisite to successful entrepreneurship. Intuition and experience are typically more valuable here than “book learning.” (And I say that as a university professor!)

NU: Last but not least, if you could send a message about the benefits of entrepreneurship, what would it be?

PK: As educators, I think it’s critical to remind people who are not entrepreneurs — I’m looking at you, politicians and journalists — that entrepreneurship is the driving force of a market economy, and that entrepreneurs need property rights, the rule of law, sound money, and free and open competition to be successful.