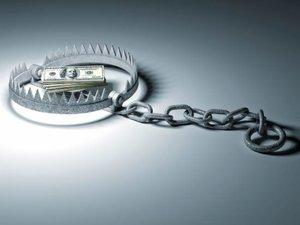 What is necessary to take away a man’s freedom? For many progressives, nothing more then a bad workplace. Amazon takes ongoing heat for its work environment, with opponents like Business Insider calling it a “slave camp.”

But this comparison mistakes the fundamental nature of coercion.

Many leftists, such as left-libertarian Susan Webber at Naked Capitalism, argue that we must work in order to live, and that therefore work is coercive. If you must do X to live, then surely whoever controls your ability to do X is coercing you.

The problem with this argument is that the state of nature is not a Rousseauian paradise, but a brutal place where most die. The state of nature involves poverty and endless drudgery to catch, kill, and cook whatever food one can to stay alive. The workday is every waking moment, and the pay is little more than an occasional meal.

There’s nothing stopping people from living this way in the modern world — say, off the grid — but the beauty of capitalism is that it offers us a way out of this wretched existence. When a company offers a man a job, they are not saying, “work or die!” the way a slaver does; they are promising him that, if he helps them to succeed, they will give him money to improve his life.

Professors Bertram, Gourevitch, and Robin at Crooked Timber make another argument: that the workplace is coercive by virtue of an unequal power balance. Employers can, after all, fire employees if they don’t do X. But this mistakes the nature of work and ignores the power of employees.

Coercion, according to the Oxford English Dictionary, is, “The practice of persuading someone to do something by using force or threats.” It involves a threat to harm someone if they don’t do X. In a prison or slave camp, prisoners can be beaten or killed for not complying with orders.

This is fundamentally different from the promise of an employer like Amazon, which is to engage in a relationship with workers so long as that relationship is mutually beneficial. As long as the employee performs good work, Amazon will continue to help him improve his life. If the employee no longer provides value to Amazon, then Amazon is under no obligation to continue to help him.

Refusing to continue helping someone is fundamentally different from the use of “force or threats” inherent in coercion. A slaver’s whip makes a person’s status quo worse if he doesn’t do as he’s told. An employer’s continued payments make one’s status quo better if he does as he’s asked.

Admittedly, being fired can leave former employees in a tough spot, and that’s more true if they’re fired without warning. Amazon’s harsh work conditions, combined with the specter of being suddenly let go if we don’t perform every day, don’t constitute a job most of us would choose. But equating this with a slave camp does employees a disservice by denying their agency.

The comparison ignores the power of employees. They can leave a company whenever they want, and wielding that power can leave their former employers in a bind. In a small company or a busy firm, an employee who quits can leave the company without the manpower to meet its obligations. If an accountant suddenly quits H&R Block during tax season, he'll leave their franchise struggling to make up lost ground.

Even in a big firm like Amazon, employees who leave suddenly cost their bosses money. According to the liberal-leaning Center for American Progress, the turnover costs for employees earning under $50,000 per year averages 20 percent of that employee's annual salary. These costs incentivize employers to retain staff, and grants bargaining power to employees.

Such language also ignores the fact that people tend to find jobs that represent their best option.

This is true of Amazon’s “fulfillment centers,” which took a lot of heat in 2013. But as The Guardian notes, Amazon builds these centers in, “places of high unemployment and low economic opportunities.” Workers who otherwise wouldn’t find a job flock to Amazon, knowing that it may not be perfect but that it beats their baseline — unemployment. It’s also true of Amazon’s white-collar workers who just happen to be the subject of the latest controversy.

Amazon has, “one of the most rigorous hiring processes in America,” according to Business to Community, and those hired could find jobs at most other tech companies. But they choose to work at Amazon. Rather than considering that these men and women may choose to work at Amazon for a reason, progressives deride their choices and their agency with talk of coercion.

The issue of coercion is important to understand because it’s the central difference between government and the private sector. If you don’t do X, government can punish you: it can take away your savings, throw you in jail, even shoot you. That’s true coercion. By contrast, if an employer asks you to do X, she can’t threaten you; all she can do if you say no is refuse to keep giving you money.

This difference highlights the essential freedom of the market. In any market-based relationship, one party can leave and the other party can do them no harm. This is a freedom that is noticeably lacking in our interactions with government.

Julian Adorney is a writer and marketing consultant with the Foundation for Economic Education (fee.org),...