Economies are Not Destroyed in a Day 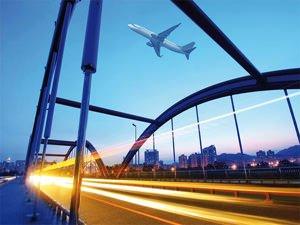 Earlier this month, Argentina's leading conservative paper, La Nación published an unsigned editorial comparing the economies of Argentina and Venezuela. The editorial concluded that as economic freedom declines in Argentina, and as Argentina adopts more of what Chavez called “twenty-first century socialism,” it is becoming increasingly similar to Venezuela. Is this true? Will Argentina suffer the same fate as Venezuela where poverty is increasing and toilet paper can be a luxury?

The similarities of regulations and economic problems facing both countries are indeed striking in spite of obvious differences in the two countries. Yet, when people are confronted with the similarities, it is common to hear replies like “but Argentina is not Venezuela, we have more infrastructure and resources.”

Institutional changes, however, define the long-run destiny of a country, not its short-run prosperity.

Imagine that Cuba and North Korea became, overnight, the two most free-market, limited-government countries in the world. The two countries would have immediately gained civil liberties and economic freedom, but they would still have to accumulate wealth and to develop their economies. The institutional change affects the political situation immediately, but a new economy requires time to take shape. For example, as China opened parts of its economy to international markets, the country started to grow, and we are now seeing the effects of decades of relative economic liberalization. It is true that many areas in China continue to lack significant freedoms, but it would be a much different China today had it refused to change its institutions decades ago.

The same occurs if one of the wealthiest and developed countries in the world were to adopt Cuban or North Korean institutions overnight. The wealth and capital does not vanish in 24 hours. The country would shift from capital accumulation to capital consumption and it might take years or even decades to drain the coffers of previous accumulated wealth. In the meantime, the government has the resources to play the game of Bolivarian (i.e., Venezuelan) populist socialism and enjoy the wealth, highways, electrical infrastructure, and communication networks that were the result of the more free-market institutional realities of the past.

Eventually, though, highways start to deteriorate from the lack of maintenance (or trains crash in the station killing dozens of passengers), the energy sector starts to waver, energy imports become unavoidable, and the communication network becomes obsolete. In other words, economic populism is financed with resources accumulated by non-populist institutions.

According to the Fraser Institute’s Economic Freedom of the World project, Argentina ranked 34th-best in the year 2000. By 2011, however, Argentina fell to 137, next to countries like Ecuador, Mali, China, Nepal, Gabon, and Mozambique. There is no doubt that Argentina enjoys a higher rate of development and wealth than those other countries. But, can we still be sure that this will be the situation 20 or 30 years from now? The Argentinean president is known for having said that she would like Argentina to be a country like Germany, but the path to becoming like Switzerland or Germany involves adopting Swiss and German-type institutions, which Argentina is not doing.

The adoption of Venezuelan institutions in Argentina, came along with high growth rates. These growth rates, however, are misleading:

Second, you can increase your production capacity by investing in the wrong economic activities. Heavy price regulation, as takes place in Argentina (now accompanied by high rates of inflation), misdirects resource allocation by affecting relative prices. We might be able to see and even touch the new investment, but such capital is the result of a monetary illusion. The economic concept of capital does not depend on the tangibility or size of the investment (i.e, on its physical properties), but on its economic value. When the time comes for relative prices to adjust to reflect real consumer preferences, and the market value of capital goods drops, capital is consumed or destroyed in economic terms even if the physical qualities of capital goods remains unchanged.

Third, production can increase not because investment increases, but because people are consuming invested capital, as is the case when there is an increase in the rate that machinery and infrastructure wear out.

I’m not saying that there is no genuine growth in Argentina, but it remains a fact that a nontrivial share of the Argentinean GDP growth can be explained by: (1) recovery, (2) misdirection of investment, and (3) capital consumption. If that weren’t the case, employment creation wouldn’t have stagnated and the country’s infrastructure should be shining rather than falling into pieces.

Most economists and policy analysts seem to have a superficial reading of economic variables. If an economy is healthy, then economic variables look good, GDP grows, and inflation is low. But the fact that we observe good economic indicators does not imply that the economy is healthy. There’s a reason why a doctor asks for tests from a patient that appears well. Feeling well doesn’t mean there might not be a disease that shows no obvious symptoms at the moment. The economist who refuses to have a closer look and see why GDP grows is like a doctor who refuses to have a closer look at his patient. The Argentinian patient has caught the Bolivarian disease, but the most painful symptoms have yet to surface.

NOTE: This is a translated and expanded version of an original piece published in Economía Para Todos (Economics for Everyone).