The Economics of ObamaCare 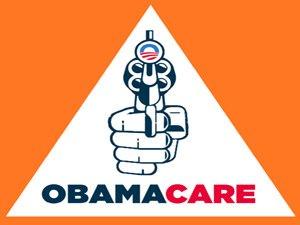 Near the end of Human Action Ludwig von Mises declared that it was the “primary civic duty” to learn the teachings of economics. The public’s growing furor over the Patient Protection and Affordable Care Act — popularly known as “ObamaCare” — beautifully illustrates Mises’s point. No one has any business being shocked — shocked! — that millions of Americans will lose their current health insurance (including the present, irritated, writer), because such an outcome was obvious all along. Furthermore, the hilarious snags with healthcare.gov are merely a sideshow; the true problems with ObamaCare run much deeper than a malfunctioning website.

The Basic Structure of “ObamaCare”

The Affordable Care Act (ACA) was formally signed into law on March 23, 2010. There are numerous provisions that kick in at various stages, through 2020. For our purposes in this article, there are four key elements of the ACA that merit our attention:

There are reasons for the particular provisions above, which sound superficially sensible (if you don’t know much about economics). Obviously, before the passage of the new law, there were millions of people without health insurance coverage. Although many of them were young and healthy — thinking they could risk going without coverage — many of them wanted coverage but couldn’t obtain it, either because of the price or an outright refusal of coverage because of a pre-existing condition.

Now, given that the government wanted to mandate that health insurers provide coverage to all applicants, there had to be specific rules on what premiums they could charge, and minimums on the type of policies offered. Otherwise, the health insurers could say, “Fair enough, President Obama, we will indeed give a policy to any applicant — even someone with brain cancer. It’s just that the annual premium for people with brain cancer will be $2 million, and we will cap our total payment at $100 per year. Who wants to sign up? We’re more than happy to comply with the new mandate.”

Moving down the list, let’s consider the individual mandate, which requires that (just about) every American carries health insurance. The reason for this provision is to avoid what’s known as adverse selection. If health insurers were required to provide coverage to all applicants, with (partial) community rating, and if individuals retained the freedom to buy coverage or not, then the private health insurance companies would quickly go out of business. Healthy people could drop their coverage, saving on the hefty premiums each year, and then apply for health insurance whenever they got sick. This would be analogous to people buying car insurance only after they’d gotten in an accident; it clearly wouldn’t work for any firm to offer insurance in this environment.

But, given that the government is going to mandate that (virtually) all individuals obtain health insurance, it was necessary to offer subsidies and other mechanisms to make sure this mandate was feasible.

Finally, the employer mandate was ostensibly included, in order to minimize the disruption to the existing system. In the absence of an employer mandate, people feared that employers would drop their original health insurance plans, telling their employees to sign up at the state-based “health exchanges.” The reason for limiting the employer mandate to large firms (50 or more full-time employees) and their full-time employees (those working 30 or more hours) is that it would be unreasonable and counterproductive to impose such expensive requirements — which could be thousands of dollars annually, per worker — on small businesses or even a large firm concerning only its part-time workers.

The “Unintended” But Entirely Predictable Effects

We are now seeing many of the undesirable effects of the ACA. These are typically being described as “unintended.” However, this adjective is a bit of a misnomer, since these outcomes were entirely predictable, and in fact were predicted by many free-market economists in the debate leading up to the passage of the ACA. Cynics can justifiably speculate that at least some of the proponents of the ACA knew full well the outcome would be untenable, leading the public to embrace even more federal intervention in health care down the road.

The most obvious result is a large spike in premiums for many people, once the mandates on health coverage are fully phased in. The biggest hit will occur in places that right now offer bare-bones catastrophic policies with large deductibles and low caps. For example, according to this CNN article, officials in Florida estimated that the premiums on a “silver” plan would rise anywhere from 7.6 percent to 58.8 percent, while officials in Ohio estimated an average increase of 41 percent.

Now even if the official amount that certain individuals pay for their health insurance goes down, the real question is whether this is more than offset by the increase in taxes necessary to cover all of the new subsidies to poor individuals who cannot afford to meet the individual mandate. Step back and look at the big picture: Under the ACA, suddenly millions of new people are going to be seeking more medical care than they did before. There’s nothing in the new law that will magically create more doctors, hospitals, or MRI machines. Americans in general are going to pay for this, one way or another. Indeed, the huge increase in government responsibility for health spending will provide the justification for government-imposed rationing down the road — as even Paul Krugman acknowledges when he cheekily calls for death panels. (Really, click on the link to see the video if you don’t believe me.)

“But the President Said I Could Keep My Plan …”

Another predictable outcome is that many Americans will not be able to keep their previous plan. Millions of Americans who bought insurance in the individual market (i.e., not via their employer) will find that their plan doesn’t meet the standards of ObamaCare. To keep premiums down, relatively young and healthy, self-employed individuals had “catastrophic” plans with high deductibles. These are no longer legally allowed. According to this Forbes article, as far back as 2010 (sic!) Obama officials were projecting that 93 million Americans had health insurance plans that would be unacceptable under ObamaCare.

Besides rate hikes (and ultimately, government rationing of medical care), another major downside of the ACA is the job losses it will cause. For example, here is an email that a fellow economist sent to Greg Mankiw of Harvard:

With the implementation of the ACA (Affordable Care Act) these institutions are giving notification to their part-time faculty that their individual teaching schedules will now be limited to three sections. At the college this will likely result in the cancellation of 20-25% of the class sections in economics, and I would assume other areas will have a similar result. The students are not fully aware of the situation and many will be surprised that their desire to get a college education is now being impacted by the need to avoid the full implementation of the ACA. [Emphasis added]

Even some labor leaders recognize the devastation ObamaCare would wreak on workers, protesting to the government that it would “destroy the foundation of the 40-hour work week.”

This isn’t rocket science, as they say. If the government has to force employers to provide a benefit to their employees, it means it’s unprofitable; otherwise the employers would have already done it as part of their compensation package in order to attract quality workers. So if this costly, unprofitable employer mandate only applies to firms with 50 or more employees, and even then only applies to those employees who work 30 or more hours, then we shouldn’t be shocked — shocked! — to discover firms not growing past 49 employees, and/or limiting people to 29 hours per week.