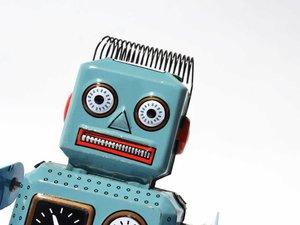 For a few years now, a modern form of Luddite-ism has decried a seemingly ramped-up use of technology that is expected to upend labor markets in the near future to degrees heretofore unseen. In this world, what we know as fast food restaurants will become completely self-serve, with iPad-ish screens used to order French fries and machines in the kitchen to prepare them. All those workers in that industry, well, they’re out of luck and will just have to acquaint themselves with their next-best work option, which probably involves a government dole and a parent’s spare bed.

But it’s not just fast food. Think self-driving semi-trucks. Google cars. Virtual classrooms replacing traditional ones. Robots replacing factory workers. Vertically-oriented business models with roots in post-war America are giving way to horizontal-oriented ones that produce more with less. Stereotypical Exhibit A: In 1988, Kodak employed 144,000 people in its film business. In 2012, it filed for bankruptcy, a year that witnessed the emergence of Instagram, a photo company that, at the time, served over thirty million customers with its thirteen employees.

Without delving into the economics of these trends, which I consider to be positive in the long-run — albeit exacerbated by labor cost-increasing government policies — let me offer a confession. I always thought economists were going to avoid these trends. Yes, our interactions with students might change, and robots might even replace us in the classroom, but these developments seemed a long way off. Regardless, the everyday work of writing an academic paper or book review would never be taken on by technology.

The Inconvenient Depression of 1920–21

But reading James Pethokoukis’s snippy review of James Grant’s The Forgotten Depression in the New York Times makes me wonder if I’m right. Unfortunately, it’s easy to conceive of a computer algorithm producing output quite similar to Pethokoukis’s take on Grant’s thesis.

The book’s thesis is well-known to Austrians, at least since Tom Woods’s 2009 Intercollegiate Review article. In a nutshell, it states that the economic downturn the US experienced in the beginning of the 1920s was quite similar to the one witnessed at the end of that decade. The key difference between the two downturns was the policy response. In the early 1920s, the explicit policy was to avoid intervention in market forces so that they could correct as quickly as possible, differing from what took place following Black Thursday in 1929, when the interventionists were large and in charge. Whereas much of the 1920s recovery was based on real factors resulting from real adjustments made during the correction, recovery in the 1930s was thwarted and delayed for the entire decade, as interventions hindered markets’ normal correcting processes, causing unintended secondary problems that served to justify further interventions.

Today, mainstream economists (and journalists like Pethokoukis) ignore the short depression and correction that occurred in the early 1920s. It doesn’t fit into the Keynesian justification for activist government, hyper-bureaucracies, and statist “think tanks” of the left and right. (Pethokoukis himself is a fellow at the American Enterprise Institute.) The only depression that matters is the Great One because without it, Washington, DC might still be the boring small swamp town envisioned by the writers of the Constitution, from which explicit powers might be executed, and little else. Before the Great One, the United States was (arguably) a decentralized confederation, but afterward it was a centralized nation-state, the growth of which has been inversely related to the free society ever since.

But if you happen to reside in the Capitol, what’s not to like about it?

So in criticizing Grant’s thesis, Pethokoukis raises old canards that are easily disproven, but are made in a rote manner, as if by a machine! Here’s how it works. In terms of the classic input-output model associated with economist Wassily Leontief, you input terms like “liquidationist,” “austerian,” “do-nothing,” and “Harding,” and the output emerges in the form of the review employing terms like “economic nostalgia,” “pre-New Deal,” “poor argument,” and “critical role of government.”

And the argument, well, you’ve heard it all before. Austerity that worked in the early 1920s no longer worked in the late 1920s because the economy had changed during the interim, which is why economically activist policy responses emerged then and are required today “for 21st-century policy makers in a crisis,” to use Pethokoukis’ words. Lost in this argument is the one reason why the 1921 Depression is largely forgotten: Market forces ended that Depression before it would do lasting damage, so that electrification, telephony, the mass production of automobiles, radios, and motion pictures defined the 1920s instead of soup lines, record unemployment, bank holidays, and Brain Trusts. We remember the Depression of 1929 because it defined the dreary decade that followed (and never really ended until discredited New Dealers were pushed out of Washington following FDR’s death in April 1945).

I am not saying Pethokoukis didn’t skim The Forgotten Depression before critiquing it, but his review reads like he did little else than fall back to the approved public school civics course explanation for the Great Depression in formulating his objections. One assumes that if he did read it, he would have been less dismissive of Grant’s arguments, rich data, and anecdotes.

But these are the terms of the argument as preferred by the New York Times and the beltway establishment, and they’re so commonplace that perhaps I can be forgiven for assuming they result from labor-reducing mass production technology. If Pethokoukis did utilize an input-output program, his output included what Pethokoukis intended as a coup de grâce near the end:

A better natural experiment for Grant’s depression-fighting formula is what’s happening in the eurozone right now. With a jobless rate over 11 percent, a combination of fiscal austerity and tight money is on the verge of sending the region into its third recession since 2007. But who knows, maybe it will generate a catchy tune or two.

Is Pethokoukis really arguing that the ghost of Warren G. Harding, and not that of John M. Keynes, has even remotely influenced post-2008 EU and ECB policies? Does he not know that the budget-balancing and trade surplus-ing German economy has been among the strongest in the EU, something of an anti-Greece? Or has AEI secretly employed Paul Krugman as a ghostwriter?

My explanation is simpler: There is a machine that produces these pieces and, sometimes, they require a software update.