GET NEWS AND ARTICLES IN YOUR INBOXPrint
A
A
Home | Mises Library | Does Democracy Threaten the Free Market?

Does Democracy Threaten the Free Market? 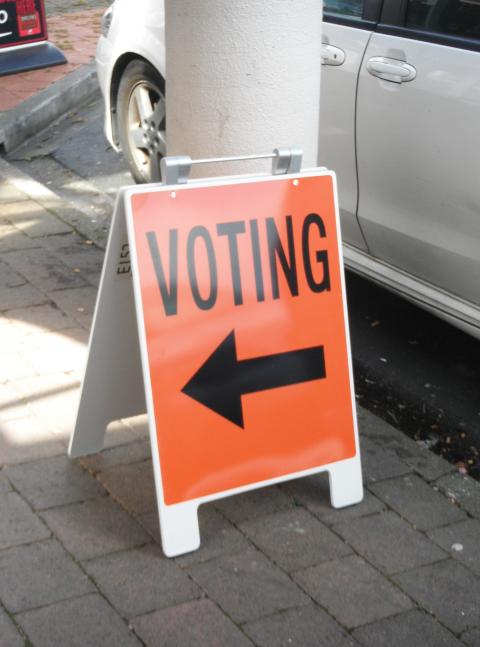 Although Ludwig von Mises wrote approvingly of the just qualities of democracy, the incompatibility of democratic forms of government with wealth creation has been noted even within the institute bearing his name (e.g., Democracy—The God That Failed by Hans-Hermann Hoppe). World on Fire by Amy Chua (Doubleday 2003) is perhaps the most sweeping account of the visceral tension between democracy and free markets published to date. Subtitled "How Exporting Free Market Democracy Breeds Ethnic Hatred and Global Instability," this methodical review of history and the present state of affairs seems at first to be merely another antiglobalist screed, complete with praise from the doyenne of the Liberal Left, Barbara Ehrenreich (Nickel and Dimed: On (Not) Getting by in America) on its dust jacket.

But it is nothing of the sort, bearing praise also from that nemesis of the liberals, Thomas Sowell (Ethnic America, The Economics and Politics of Race, and many others). Chua herself, a professor of law at Yale, denies being antiglobalist, and the text of this, her first book, bears out the conclusion that she is no more antimarket than antidemocratic. But she has an appreciation of the limits of both that is both strong and highly nuanced.

Her highly original proposition (with credit duly given to Robert Kaplan) is that the simultaneous encouragement of laissez-faire free markets and democratic government based on universal suffrage in third-world countries is almost bound to lead to the destruction of either or both in short order. While she mentions that doing exactly this is the policy both of the United States government and of various multinational entities such as the World Bank and the International Monetary Fund, she delves not at all into the question of why this is, by far the most serious omission from her analysis.

But Chua's marshalling of facts and historical perspectives from dozens of places and times around the globe more than offset any diagnostic omissions. And this lawyer writes with clarity and focus that would credit any historian, or even novelist. Thoroughly accessible to any thinking layperson, her text studies the presence and growth of what she calls "market-dominant minorities" in developing countries, and contrasts them with their comparative absence from societies that have attained and held a high level of development, both economic and social (that is, of their markets and their democratic forms of government).

She holds—and forcefully demonstrates in case after case—that when impoverished ethnic majorities are empowered by the sudden introduction of full-blown democracy, they fall prey with discouraging regularity to demagogues who incite them against the often-conspicuous disparity of welfare and privilege between them and the small, exclusive ethnic minorities that just as regularly seize power over huge proportions of the wealth generated by free markets.

One's first reaction to this thesis is naturally, "but what about the trickle-down effect?" Chua devotes considerable attention to this effect, beginning with an acknowledgement that it exists, and in some cases is strong enough to ameliorate the dynamic she describes. But in far more cases, as she details in terms of actual times and places, either the effect is negligible, as in the majority of cases in Africa, or its rather subtle realities are not recognized by still impoverished masses consumed by envy and agitated in this state by ambitious powermongers. Her examples of such opportunists range all the way from the present day back to Hitler and the Nazis.

Various schemes for hijacking both markets and democracies are described, with real examples given from recent history. One form is labelled "antimarket backlash," and was exemplified in the past with such acts as expropriation and nationalization of industries and productive resources. Some of these instances (e.g., "Chile for the Chileans") seem almost irresistible to officeholders who wish to continue to hold office. Nowadays, more subtle forms of resistance such as regulatory interference and subsidization of competitors have gained favor. Another unlovely mutation is "cronyism," or even "crony capitalism," in which figurehead regimes of indigenous individuals are put up for office and supported there by behind-the-scenes cabals of the market-dominant minority. None other than Boris Yeltsin of Russia is shown to be a case of this fraud.

The author does not seem to be motivated by any ideological or moral agenda, and scrupulously confines the prescriptions one so eagerly awaits from a study of such manifest insight and balance to the concluding section of her book. The prescriptions, unfortunately, seem to be more palliative than curative, but in fairness it should be noted (and it is abundantly noted in the book) that both free markets and democracy embody great values, and together with their mutual antagonism, their pursuit unavoidably poses intractable challenges.

The prescription receiving the most examination is, appropriately, the most controversial and problematic one: affirmative action, to slap a label on it that does not do justice to the caveats that accompany the prescription. Chua identifies "affirmative-action" programs and their effects going back well into the Nineteenth Century, both those that failed grotesquely, and those that may be said to have succeeded in one measure or another. She conducts the necessary evaluations of effects with due consideration to the historical, economic, and cultural backdrops in which they were implemented, therein supporting her contention that the inappropriateness or ineffectuality of such programs in many times and places may still not require ruling any and all such programs out for all times and places. Monarchists may find it interesting that the program receiving the most favorable report card in historical perspective is the only program among those reviewed that was designed and implemented by a king in his kingdom (King Vajiravudh of Siam).

Other prescriptions are considered in the context of still another striking observation: Western regimes and institutions, while fomenting the injection of full blown free markets and democracy into cultures having little to no experience with either, themselves grew up and still exist in circumstances that substantially lack both.

While universal adult suffrage seems to be pretty much the rule among western democracies today, these democracies came into existence through a process often encompassing centuries during which the franchise was gradually expanded from an initially very narrow base. And while free markets dominate the economies of these same societies, still major ameliorative institutions thrive and grow, from Medicaid and Social Security in the United States to the cradle-to-grave social programs of the Scandinavian countries.

While Chua's orientation does not seem explicitly statist at any point, still she fails to note the culpable role that states and state supported multinational institutions play in the creation of the very problem that her entire book is devoted to. Much less, then, does she examine the processes through which so much power came to be directed toward the advancement of such a malign combination of two such seemingly benign goals. Therein, it may be realistically suspected, lies the root not only of this problem, but also of myriad others about which whole shelves of books such as World on Fire have been written, and must continue to be written.

Ultimately, those books must go even further than this one does. But this one represents a hopeful, even inspiring step on the steep, uphill path leading to the knowledge that will make us free.