Do We Really Need a Minimum Wage? | Mises Institute
Skip to main content

GET NEWS AND ARTICLES IN YOUR INBOXPrint
A
A
Home | Mises Library | Do We Really Need a Minimum Wage?

Do We Really Need a Minimum Wage? 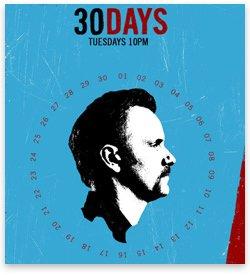 I recently watched the first episode of 30 Days, Morgan Spurlock's series about changing a person's lifestyle for 30 days in order to widen their perspective on the world. In this episode, Spurlock and his fiancée spent 30 days trying to survive on minimum-wage salaries — and they make blatant errors in judgment when it comes to their personal finance decisions (spending $80 when his nephew and niece came to visit for a day, for example).

More importantly, Spurlock uses the episode to advocate increasing the minimum wage. This article is meant to address the gaping holes in Spurlock's arguments as well as the problems in the arguments that I often hear when I explain how unnecessary our minimum-wage laws are.

Each of these arguments may appear valid on the surface, but they all have fatal flaws.

Before delving into the debate, it may be helpful to understand a little of the history behind minimum wages. In the United States today, minimum-wage regulations are covered under the Fair Labor Standards Act of 1938 (FLSA). But 1938 was not the first time a minimum wage was accepted into law.

Twenty years earlier, Congress established a minimum-wage law specifically for women, requiring that they be paid at least $71.50 per month (25¢/hour). That law was overturned in the Supreme Court case Adkins vs. Children's Hospital, on the grounds that it restricted a worker's right to negotiate her own labor contract. If, for example, a woman wanted to increase her chance of being employed by offering her talents for $68.50 per month, the law made it illegal for her to do so.

This minimum-wage rate almost doubled within the next seven years.1 In the 73 years since the passage of the FLSA, the federal minimum wage has been increased 28 times and decreased only once (in 1963). The most recent adjustment was made on July 24, 2009, when it was raised to $7.25.2 It should also be noted, however, that states are allowed to mandate their own minimum wage as long as it is not lower than the federal level.

The most common concern I hear when discussing the possibility of eliminating the minimum wage is that companies will be able to get together and gang up on their employees, forcing them to accept wages of nearly nothing. This sounds plausible, but it leaves out two key points: employees are not "forced" to work at a specific place, and competition between businesses will automatically lead to different wages (not just between companies, but within the company as well).

The idea that employees are forced into jobs and exploited for their labor is well represented by the website Minimum-Wage.org. Here is just one statement from the "History" section:

Before the minimum wage was introduced during the Great Depression of the 1930s, there was no national minimum wage, or indeed any legislation to protect workers from exploitation.3

This perspective is driven by the idea that workers are not free to choose who they work for and in what conditions, but have to accept what their bosses present them. But workers are free to work where they like (to the extent that they can get hired, that is).

The other error with the idea that companies will resort to collusion to keep wage rates extremely low is that it doesn't take competition into consideration. In order to rise above the rest, a company needs to have better talent than its competitors. Obtaining talented people, drawing them from other areas of employment, is most easily done by offering superior salaries and benefits.

This is easily demonstrated by the fact that most workers are paid more than the legal minimum. In fact, according to the Social Security Administration, the average wage was approximately $21/hour in 2010.4 If an employer isn't required to pay more than $7.25, why is the average almost three times that? The answer is simple: a company needs to pay more to get better employees. Even if an entire industry does collaborate and depress wages, the arrival of even one competitor willing to pay higher salaries will erase the others' advantage. Thus, both natural competition and workers' freedom prevent companies from being able to "force" employees into exploitation.

Although it's not as common, many people are also concerned that eliminating the minimum wage, currently at $7.25 on the federal level, would drop wages across the board by an equal amount. Someone making $20/hour, the theory goes, will quickly see their wage drop to $12.75. The error in this thinking, however, is that the minimum wage is not a price floor for all wages — just for those that would be less in the absence of regulation. A person making $20/hour won't see a change in his or her pay if the minimum wage is decreased because the company isn't basing his or her wage on the minimum wage to begin with. Job descriptions don't list salaries of "$10 higher than minimum wage," for example.

The final argument, that citizens should not be treated so poorly as to receive a wage of $7.24, is not based on economics but on the moral standing of those in favor of minimum wages. They believe that a resident of the most powerful country in the world should not have to worry about living comfortably. While I agree that basic services should be provided to those in need, who administers these services is a major question. Those that are pro–minimum wage believe that the government should be the one granting assistance, in the form of artificial wage rates. Governments are hardly the only ones able to aid the poor and destitute.

Indeed, in the episode of 30 Days I watched, Spurlock and his fiancée are able to furnish their entire apartment through a local church's donation center. They received dishes and kitchenware, a table and chair and even a couch, all for free. Other organizations, like Goodwill and the Salvation Army, also provide basic living materials at significantly reduced prices, because voluntary donations are the primary source of their merchandise.

The idea, however, that government can manipulate the economy for some without consequences for others is fallacious. Like many of the ideas behind state social programs, this one is based more on wishful thinking than sound principle. The other end of this issue relates back to the first argument. Those that are working minimum-wage jobs are not forced to continue on that path. If they develop skills that employers are willing to pay more to make use of, they will progress upward.

No discussion of minimum wages would be complete without mentioning their effects on unemployment levels. To keep things simple, let's assume a company has 10 minimum-wage workers for an total hourly cost of $72.50 ($7.25 × 10). If the minimum wage is raised another $0.70, that would raise the company's labor costs to $79.50 per hour. The problem is that, all things equal, the budget only allows for $72.50/hour.

The easiest thing to do in this situation is to reduce the number of people employed to 9, which would put the total hourly cost at $71.55 ($7.95 × 9), under the allotted amount of $72.50. This is not to say that increasing the minimum wage will automatically lead to increased unemployment. What it does do, however, is add one more strain on businesses.

Each of these arguments is fairly common in the minimum-wage debate. Without a solid understanding of the shortcomings in their logic, a defender of the free markets can appear naïve. It was as all I could do to watch the full episode of 30 Days, but I'm glad I did. It's not enough to know the principles behind the right way to do things; we have to be able to explain why government regulation is the wrong way.

Charlie Virgo is a finance major at the University of Phoenix. His introduction to economics came from reading Economics in One Lesson by Henry Hazlitt.