GET NEWS AND ARTICLES IN YOUR INBOXPrint
A
A
Home | Mises Library | Did Price Controls Work? 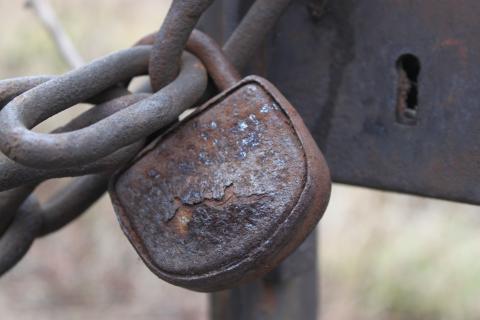 Tags History of the Austrian School of EconomicsPrices

One of the justifications for socialism and interventionism has been that some commodities simply are "too important to leave to the market." Thus, the New York Times, certainly no friend to free markets, recently editorialized about California and the Enron affair:

It is Washington's duty to find out why (electricity markets melted down in California), and to devise the necessary safeguards. Electricity is a public necessity that must be managed wisely, not entrusted blindly to the market.1

Most likely, the person who wrote this editorial thought of himself as being a rather wise sage, yet the statement, like much of the editorial that preceded it, was sheer foolishness. A few samplings of what the writer gave the readers follow:

"Congress and the Federal Energy Regulatory Commission . . . are best positioned to do this job (examine what went wrong in California)."

"Economists said things would have worked fine had politicians not meddled with their grand design." (This was written as part of a group of pejorative statements about the players in the California "deregulation" system.)

If anything, price controls set by the Federal Energy Regulatory Commission (FERC) at best had no effect, and at worst have set a dangerous precedent. First, the prices set by the FERC were above what the electricity markets were paying at the time, and conditions that were causing the price spikes in the first place had abated even before the government imposed price controls on wholesale electricity. Second, by intervening into the markets, FERC will be expected to set future wholesale prices that sooner or later will create the shortages that inevitably follow when government sets the price of something below what the market is currently bearing.

Furthermore, one needs to add that the crisis occurred precisely because the California Legislature imposed price controls on electricity sold to consumers. Even the Times editorialist acknowledges that fact, writing:

In deregulating its power system, the state seems to have made every mistake possible. For starters, it forced utilities to buy power at market rates while capping what they could charge their retail customers. This devastated the utilities. It also sent exactly the wrong signal to consumers, who had no incentive to conserve.

Unfortunately, after having made that statement, the writer claims that the whole thing seems to be a mystery that the government must "solve." To say that Congress and its wholly owned subsidiary FERC are "best positioned" to discover what went wrong in California is like saying that Osama bin Laden is best positioned to know what went wrong on September 11. As noted earlier, even the Times editorialist understood that California’s pricing system was horribly flawed.

No doubt, both congressional and FERC staffers (and even their superiors) know what went wrong in California and why it happened. For that matter, even California Gov. Gray Davis declared that the crisis would be over if he were to permit retail electricity prices to increase, but then he said that was an unacceptable solution. However, if these folks actually were to declare publicly that the problem was not with electricity producers and distributors but rather with the politicians and bureaucrats who hatched the scheme, then their game would be over. Moreover, if a free market were to be enacted in both intrastate and interstate markets, then the politicians and bureaucrats would find themselves in that most terrible (for them) condition: irrelevance.

While some economists like Krugman, Alfred Kahn, and 2001 Nobel Prize winners Joseph Stiglitz and George Akerlof called for the establishment of interstate price controls, most economists understood that California had an unsound re-regulation format that was bound for failure, and that slapping on interstate price caps to accompany California’s price controls was folly. Contrary to the pronouncements by the New York Times, good economists neither create nor worship markets, as the editorial writer seems to believe; they simply observe the patterns that markets create and point out what is happening and why things are moving in a certain direction.

As pointed out earlier, the writer does get the part right about the disincentives that the California system created when it deregulated producer prices but capped retail prices. Furthermore, he correctly criticizes the California Legislature’s refusal to permit private electricity producers to enter into long-term contracts to purchase out-of-state power. However, he then discredits himself by assuming that the perverse incentives created by California’s Rube Goldberg re-regulation rules (it does violence to the English language to call it a system of "deregulation") played only a part in the entire fiasco of 2000 and 2001.

In fact, the writer then reverts to the usual conspiracy theories that have popped up:

"Suspicions that some natural gas companies deliberately withheld supplies in anticipation of still higher prices have never been fully explored. Nor has the question of why one-third of California's available power mysteriously went off line in the winter of 2000-2001. Was it because older plants shut down for repairs? Or was it simply another instance of power providers gaming the market?"

"What remains unexplained is why the rise in gas prices was so much higher in California than it was anywhere else."

The specious charge that perhaps electricity producers shut down their plants in order to deliberately create a crisis is popular in political circles. It is also illogical. First, power producers in the state could not hope to get higher prices, since the legislature had already capped them. Holding power off the market would not have changed that situation at all.

Second, electricity producers make money by selling electricity. If holding electric power from the market is such a good idea, why aren’t power producers across the nation doing it? If it actually made economic sense for producers not to generate electricity in California, that points to a problem with the Legislature’s pricing scheme, not some nefarious schemes by utilities.

(In fact, politicians have been the ones who have insisted that holding commodities off the market creates wealth. For most of the 20th century and into the 21st, the political classes have crafted various agricultural policies that are centered on making sure huge amounts of crops never make it to market. Perhaps the Times had Pacific Gas and Electric confused with the U.S. Department of Agriculture.)

The same goes for natural gas producers. These folks make their money by selling natural gas to customers, especially utilities, and not by holding back supplies. Of course, natural gas sellers faced the daunting problem that the crisis the Legislature created was also affecting the ability of electric utilities to pay for the gas.

The writer asks the rhetorical question of why natural gas prices were higher in California than elsewhere, expecting someone to reply that the utilities and gas producers all of a sudden decided to make things difficult for Californians. This plays into the "California as victim" nonsense, as though people in the natural gas and electricity businesses suddenly decided they did not like Californians and wanted to harm them. Given that California has the nation’s strictest environmental laws and that its left-wing government is known for its hostility toward business in general, it is hardly surprising that it is more difficult to get supplies of natural gas to people in that state.

No, the troubles in California occurred because the California Legislature decided not to leave the business of producing and selling electricity to the players in the market. Contrary to the writings of Paul Krugman, the California crises did not happen because of some sort of irrational "worship" of markets. Instead, they occurred because people who should have known better believed that they could circumvent markets and create their own Byzantine schemes, but those schemes blew up in their faces.

As noted at the beginning of this article, the Times declares that electricity is so important that the state should be the major player in producing and distributing it. This is nonsense.  We don’t depend upon the government to ensure that the New York Times lands on the doorsteps of subscribers, nor does the government make sure that the Times news boxes are filled each morning.

More than two decades ago, many of these same critics were claiming that oil was too important a commodity to be left to the market. The 1981 removal of price and allocation controls thoroughly discredited that belief. Likewise, given the awful government failures we have witnessed in creating energy policies, we can state unequivocally that electricity is so important that it must be left to the free market to produce and distribute it.