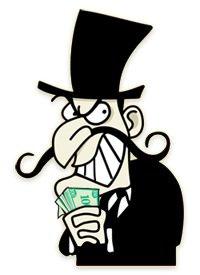 Tags Booms and BustsMedia and CultureOther Schools of ThoughtPolitical Theory

Let's play a game. I have a not-so-famous quotation to share with you, and then you guess who said it:

We might have done nothing. That would have been utter ruin. Instead we met the situation with proposals to private business and to Congress of the most gigantic program of economic defense and counterattack ever evolved in the history of the Republic.

I'll give you a hint; it was spoken by a sitting US president. Not quite enough? How about multiple-choice? Was the speaker

Ponder that for a minute or two, and we'll come back to the answer later on.

Geesh! Free-market, laissez-faire capitalism sure has been taking a beating in the press lately. The official story seems to be that everyone knows the financial crisis represents a failure of the capitalist system, and now only a "gigantic program of economic defense" will save us.

I suppose that would make plenty of sense, if only the details we're being told day in and day out were actually true.

It's rather amazing the lengths to which many of the people chronicling the economic crisis are willing to stretch the truth in order to ascribe blame to those they wish to be responsible, all the while ignoring those who actually are. One depressingly common tactic, seemingly en vogue at the moment, is to falsely claim that a person said or believed certain wrong-headed things in order to denigrate the person about whom one is making the claim. Examples abound, but the case du jour is Thom Hartmann's traducement of laissez-faire's "intellectual roots" in the Huffington Post:

The intellectual forefathers and mothers of the insane conservative economic policies that have brought us to where we are include Ludwig Von Mises, Friedrich Von Hayeck [sic], Milton Friedman, Alan Greenspan, Tom Freidman [sic], Robert Rubin, Larry Summers, and Ayn Rand.

Hartmann will likely get away with this slap-dash conflation of names, simply because the people he impugns are mostly dead and relatively unknown to the average reader. Hartmann isn't alone either; it seems almost daily we read another set of distortions, myths, and outright lies trotted out by similarly minded writers.

The reality, quite unfortunately for Mr. Hartmann and friends, is that his claim is built on a wobbly foundation of misinformation. Why?

Well for starters because Mises, Hayek, Milton Friedman, and Ayn Rand have not a whit to do with Robert Rubin, Tom Friedman, or Larry Summers — and next to nothing to do with Alan Greenspan.

Without delving too heavily into the differences between the Austrian (Mises, Hayek, and as much as she can be considered in any economic "school," Ayn Rand) and the Chicago (Friedman) schools of economics, these names can at least be mentioned together as prominent supporters of economic liberty. But to even mention them in conjunction with the other four names is simply bizarre! Of course, without attaching the former set to the latter, Hartmann's attempt at besmirching the free-market fails spectacularly, as London School economists Rubin and Summers, journalist Tom Friedman and ex-Federal Reserve Chairman Greenspan — the only members of Hartmann's hit list who were in any way responsible for policy decisions over the last 30 years — aren't free-marketers at all.

Mises and Hayek in particular, and Ayn Rand (with characteristically vitriolic passion) opposed the very essence of the Federal Reserve and the central-banking system on which the US economy is now based. They also all strongly opposed subsidies, tariffs, protectionist measures of any kind, and would have been positively mortified by the bailouts. Each advocated strong penalties and policing against fraud (in fact, all argued that the only legitimate purpose of government was defense against the initiation of force — protection of natural rights, including life, liberty, and property). Yes, it's no secret they advocated a laissez-faire system, but to suggest that laissez-faire has anything at all to do with the economic policies of the last 30 years — or even the past 100 — is asinine.

So exactly how Thom Hartmann and the dozens of others currently attempting a posthumous defamation of the supporters of economic liberty manage to view them as proponents of the corporatist status quo is simply mind-boggling.

Another attempt at deriving guilt by association that I keep seeing in print involves pointing to Alan Greenspan as a "disciple" of Ayn Rand and concluding that therefore her free-market ideology drove all of his decisions as Federal Reserve chairman. Ergo, Ayn Rand's Objectivism is responsible for the financial meltdown! Right?

Well, no. Aside from the fact that that's a breathtakingly far-reaching proposition to begin with, it's also pretty idiotic if you take into account the second half of the story. Greenspan, you see, was a close friend of Ayn Rand — until he did the very thing she most despised. That is to say, until he became a central economic planner. Truly an offense that was antithetical to the very core of Rand's views on economics. At such a point as Greenspan had become an agent of government intervention into the economy; the supremely uncompromising Ayn Rand summarily booted him from her little club (known ironically as The Collective). Whatever influence Rand had on Greenspan as a younger man, he rejected her views on economics over 40 years ago.

Fallacy after fallacy and ignorance upon ignorance seems to pervade the chattering classes at the moment. Few of them seem even to manage to check Wikipedia — the laziest of all research methods. Perhaps they're too busy?

But the truly astounding part is that people like Hartmann and the scores of others currently trying so desperately to blame the "free market" for this crisis, perhaps owing to the echo-chambers that seem to generate most "news" these days, talk out of both sides of their mouths. They know we don't have a free market. How could they not, when they're also trying to blame Summers, Rubin, and especially Greenspan — the very planners of the current economy?

Central economic planning and laissez-faire capitalism are completely incompatible concepts — by definition. You cannot have both a top-down economy "guided" by bureaucrats, politicians, and bankers who set tariffs, control prices and wages, and even set the value of the currency by fiat and a bottom-up economy where individual market participants determine all of those things through their freely determined choices.

Part of the problem, I think, lies in people's conflation of free-market capitalism and corporatism (what some in the media unfortunately like to call "crony capitalism"), where government colludes with businesses and provides special benefits and tax provisions, and looks the other way on accounting fraud and other crimes. From there, the further assumption is that people like Ayn Rand, Mises, Hayek, and Friedman were just shilling for large corporations, idolizing businessmen, and glorifying "greed," and thus would have approved of the bailouts and special handouts for the fat-cat bankers. But corporatism is no more free-market oriented than communism is — and all four of the supposed villains knew it.

While I suppose I can understand the confusion to an extent, this misunderstanding has resulted in the common narrative being so wildly inaccurate it's getting hard to stomach. 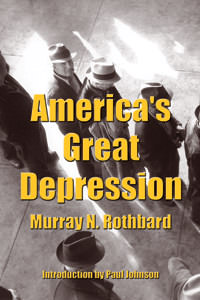 Sadly, it's all indicative of a bigger problem. The narrative itself is being shaped before our very eyes. Over time, it will come to be generally accepted as historical "fact." Our children will learn the stories of the financial collapse of 2008. And everything they will be told about its causes, the philosophical roots, the main players, it's prolonging, and even the reasons for the next 20 years of (inevitable) inflation will be lies. The fact that it was the Austrians — the heirs of Mises and Hayek — like Peter Schiff who publicly predicted the collapse (and were ridiculed for it) will largely get swept under the rug. That is, unless those of us who are actually interested in truth and liberty stand up right now and come together to defend it.

Oh, and the answer was D — President Herbert Hoover, during his acceptance speech for the Republican Party nomination in 1932.

So how could the man who created "the most gigantic program of economic defense and counterattack ever evolved in the history of the Republic" during the first few years of the Great Depression also have been a hands-off laissez-faire advocate?