In Defense of Scrooge 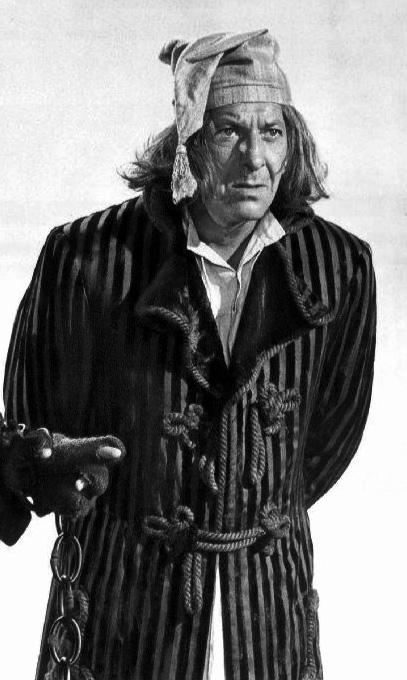 It's Christmas again, time to celebrate the transformation of Ebenezer Scrooge. You know the ritual: boo the curmudgeon initially encountered in Charles Dickens's A Christmas Carol, then cheer the sweetie pie he becomes in the end. It's too bad no one notices that the curmudgeon had a point—quite a few points, in fact.

To appreciate them, it is necessary first to distinguish Scrooge's outlook on life from his disagreeable persona. He is said to have a pointed nose and a harsh voice, but not all hardheaded businessmen are so lamentably endowed, nor are their feckless nephews (remember Fred?) always "ruddy and handsome," and possessed of pretty wives. These touches of the storyteller's art only bias the issue.

So let's look without preconceptions at Scrooge's allegedly underpaid clerk, Bob Cratchit. The fact is, if Cratchit's skills were worth more to anyone than the fifteen shillings Scrooge pays him weekly, there would be someone glad to offer it to him. Since no one has, and since Cratchit's profit-maximizing boss is hardly a man to pay for nothing, Cratchit must be worth exactly his present wages.

No doubt Cratchit needs—i.e., wants—more, to support his family and care for Tiny Tim. But Scrooge did not force Cratchit to father children he is having difficulty supporting. If Cratchit had children while suspecting he would be unable to afford them, he, not Scrooge, is responsible for their plight. And if Cratchit didn't know how expensive they would be, why must Scrooge assume the burden of Cratchit's misjudgment?

As for that one lump of coal Scrooge allows him, it bears emphasis that Cratchit has not been chained to his chilly desk. If he stays there, he shows by his behavior that he prefers his present wages-plus-comfort package to any other he has found, or supposes himself likely to find. Actions speak louder than grumbling, and the reader can hardly complain about what Cratchit evidently finds satisfactory.

More notorious even than his miserly ways are Scrooge's cynical words. "Are there no prisons," he jibes when solicited for charity, "and the Union workhouses?"

Not necessarily. As Scrooge observes, he supports those institutions with his taxes. Already forced to help those who can't or won't help themselves, it is not unreasonable for him to balk at volunteering additional funds for their extra comfort.

Scrooge is skeptical that many would prefer death to the workhouse, and he is unmoved by talk of the workhouse's cheerlessness. He is right to be unmoved, for society's provisions for the poor must be, well, Dickensian. The more pleasant the alternatives to gainful employment, the greater will be the number of people who seek these alternatives, and the fewer there will be who engage in productive labor. If society expects anyone to work, work had better be a lot more attractive than idleness.

The normally taciturn Scrooge lets himself go a bit when Cratchit hints that he would like a paid Christmas holiday. "It's not fair," Scrooge objects, a charge not met by Cratchet's patently irrelevant protest that Christmas comes but once a year. Unfair it is, for Cratchit would doubtless object to a request for a day's uncompensated labor, "and yet," as Scrooge shrewdly points out, "you don't think me ill used when I pay a day's wages for no work."

Cratchit has apparently forgotten the golden rule. (Or is it that Scrooge has so much more than Cratchit that the golden rule does not come into play? But Scrooge doesn't think he has that much, and shouldn't he have a say in the matter?)

Scrooge's first employer, good old Fezziwig, was a lot freer with a guinea—he throws his employees a Christmas party. What the Ghost of Christmas Past does not explain is how Fezziwig afforded it. Did he attempt to pass the added costs to his customers? Or did young Scrooge pay for it anyway by working for marginally lower wages?

The biggest of the Big Lies about Scrooge is the pointlessness of his pursuit of money. "Wealth is of no use to him. He doesn't do any good with it," opines ruddy nephew Fred.

Wrong on both counts. Scrooge apparently lends money, and to discover the good he does one need only inquire of the borrowers. Here is a homeowner with a new roof, and there a merchant able to finance a shipment of tea, bringing profit to himself and happiness to tea drinkers, all thanks to Scrooge.

Dickens doesn't mention Scrooge's satisfied customers, but there must have been plenty of them for Scrooge to have gotten so rich.

Scrooge is said to hound debtors so relentlessly that—as the Ghost of Christmas Yet To Be is able to show him—an indebted couple rejoices at his demise. The mere delay while their debt is transferred will avert the ruin Scrooge would have imposed.

This canard is triply absurd. First, a businessman as keen as Scrooge would prefer to delay payment to protect his investment rather than take possession of possibly useless collateral. (No bank wants developers to fail and leave it the proud possessor of a half-built shopping mall.) Second, the fretful couple knew and agreed to the terms on which Scrooge insisted. By reneging on the deal, they are effectively engaged in theft. Third, most important, and completely overlooked by Ghost and by Dickens, there are hopefuls whose own plans turn on borrowing the money returned to Scrooge from his old accounts. Scrooge can't relend what Caroline and her unnamed husband don't pay up, and he won't make a penny unless he puts the money to use after he gets it back.

The hard case, of course, is a payment due from Bob Cratchit, who needs the money for an emergency operation on Tiny Tim. (Here I depart from the text, but Dickens characters are so familiar to us they can be pressed into unfamiliar roles.) If you think it is heartless of Scrooge to demand payment, think of Sickly Sid, who needs an operation even more urgently than Tim does, and whose father is waiting to finance that operation by borrowing the money Cratchit is expected to pay up.

Is Tim's life more valuable than Sid's just because we've met him? And how do we explain to Sid's father that his son won't be able to have the operation after all, because Scrooge, as Christmas generosity, is allowing Cratchit to reschedule his debt? Scrooge does not circulate money from altruism, to be sure, but his motives, whatever they are, are congruent with the public good.

But what about those motives? Scrooge doesn't seem to get much satisfaction from the services he may inadvertently perform, and that seems to be part of Dickens's point. But who, apart from Dickens, says that Scrooge is not enjoying himself? He spends all his time at his business, likes to count his money, and has no outside interests.

At the same time, Scrooge is not given to brooding and shows absolutely no sign of depression or conflict. Whether he wished to or not, Dickens has made Scrooge by far the most intelligent character in his fable, and Dickens credits his creation with having nothing "fancy" about him. So we conclude that, in his undemonstrative way, Scrooge is productive and satisfied with his lot, which is to say happy.

There can be no arguing with Dickens's wish to show the spiritual advantages of love. But there was no need to make the object of his lesson an entrepreneur whose ideas and practices benefit his employees, society at large, and himself. Must such a man expect no fairer a fate than to die scorned and alone? Bah, I say. Humbug.