GET NEWS AND ARTICLES IN YOUR INBOXPrint
A
A
Home | Mises Library | The Dead Zone: The Implicit Marginal Tax Rate 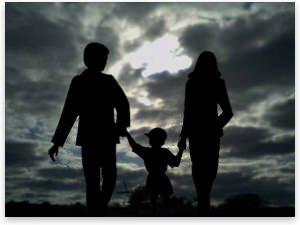 11/09/2009Clifford F. Thies
To say that antipoverty programs in the United States are perverted may be an understatement. When you take into account the loss of means-tested benefits (e.g., cash assistance, food stamps, housing subsidies, and health insurance), and the taxes that people pay on earned income, the return to working is essentially zero for those in the lower two quintiles of the income distribution.

For many of the working poor, the implicit marginal tax rate is greater than 100 percent. The long-run consequence of undermining the positive incentive to work is, of course, the creation of an underclass acclimated to not working; the supplement of cash and noncash benefits with income from crime and the underground economy; and the government resorting to negative incentives such as mandatory work programs.

To see exactly what is happening, I developed the following chart. It shows the implicit tax paid on the last $10,000 of earned income (initially by comparison to the welfare grant and then by comparison to income less taxes plus subsidies).

How stupid and evil must our elected representatives be to do this to the working poor! Actually, this being a democracy, there is nobody to blame but the electorate. Especially the left-liberal do-gooders. Since Milton Friedman developed the negative income tax, waaay back in the 1950s, there can be no excuse for any educated person to not be aware of the fact that taxes and means-tested benefits destroy the lower classes' positive incentive to work.

At C, the implicit marginal tax rate is momentarily "only" 75 percent. This is because, in the face of losing other means-tested benefits while the federal income tax kicks in, the children of the household still qualify for the State Children's Health Insurance Program (SCHIP). The lull in the onslaught is momentary, however, ending as soon as that prop is removed from the household.

At D, the family is finally done with jumping through the hoops to qualify and remain qualified for the give-away programs. Now all it has to concern itself with is paying taxes. But there is no rest for the weary because, at E, the child tax credit phases out.

In the above scenario, I describe the effects of the tax and subsidy programs of the government with respect to a hypothetical family of three, consisting of one adult and two minors, with a focus on the working poor. I could just as well have talked of a middle-class family with one or more children of college age, and how means-tested financial aid programs such as the Pell Grant and federally subsidized loans make fools of those who save for college; or how Medicaid's rules for nursing-home eligibility make those who save for retirement into fools; or how bringing back the pre-Reagan tax rates will make utter fools of families in which the wife and husband both work.

Everywhere, the government's desire (meaning the left-liberal do-gooders' desire) to be generous to the poor is destroying the positive incentives to work and to save that are so necessary for a well-functioning economy. What they have done to Detroit, and are doing to New Jersey, they will do to the entire country.

Technical Notes Regarding Figures 1 and 2

Social Security tax is 7.65 percent of income up to a maximum of $108,000. I ignore the amounts paid by employers and the self-employed.

The household is assumed to qualify for the child tax credit of up to $1,000 for each of its two children. (This credit phases out for households with incomes ranging from $75,000 to $95,000.)

The Virginia state income tax is simply calculated as 5 percent of income. This ignores the minor effects of the Virginia personal deduction, the standard deduction, and the initial brackets in which one pays less than 5 percent tax.

Medicaid eligibility varies by state. I assume households are eligible if their income is less than 133 percent of the federal poverty line. If one is eligible, this program covers all medical expenses. I assume the value of Medicaid coverage is $9,000.

If a household is not eligible for Medicaid, members of it may still be eligible for SCHIP. I assume that the children are eligible if household income is less than 200 percent of the federal poverty line, and that the value of this coverage is $6,000.

"How stupid and evil must our elected representatives be to do this to the working poor!"

For low-income families, being covered by Medicaid or SCHIP means workers can look for employment that emphasizes cash wages at the expense of employer-subsidized health insurance.

For low-income families, qualifying for section 8 housing means the household can look for housing comparable to what moderate-income families can afford.

Temporary Aid to Needy Families (TANF), the successor to AFDC, is assumed to provide qualifying households with a cash grant of $395 per month.