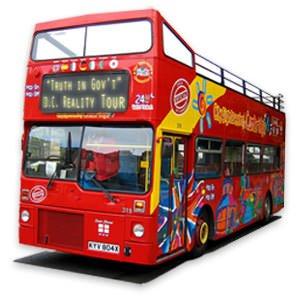 Libertarians everywhere have long been aware of the Ludwig von Mises Institute's famous Truth in Government tour of DC. It was offered some years ago by Jeffrey Tucker during a supporters summit. I've typed up my notes to make the tour an online experience.

We read about Washington DC in civics class, but nothing can compare with an actual visit to the Imperial City. Casual visitors to DC are often astounded by the opulence of wealthy quarters, the grandeur of the state's old monuments to itself and the brutalism of many newer ones, the poverty and crime of the bulk of the city.

The potholes and decay of DC are a favorite joke among foreign diplomats who often compare the city to hardship posts like Kinshasa or Cairo. Many thoughtful people ponder these stark contrasts within DC and between DC and their hometown. It is enough to make them wonder how much worse their city would be if DC were given any further responsibility for running their hometown.

Now, for the first time, we'll go behind the scenes and reveal to the general public some of the details of this magnificent and exclusive tour.

Below is the long thought lost itinerary of the "Truth in Government" DC Reality Tour.

Erected during the Progressive Era, the idea here is to entrench the perception that the consolidated state is irreversible, not only in fact but also as a matter of faith.

Note that this is the "temple of democracy," but the man is featured with his hands on the fasces.

"Numerous governments and other authorities have used the image of the fasces as a symbol of power."

And note that it is a temple, meaning religion, meaning you had better not question the glory of this military dictator or else.

Visit the memorial listing the names of every single one of the 58,256 dead or missing Americans who volunteered or were forced to serve in Vietnam.

Not only is this powerful memorial visited by millions every year, it is also a critically acclaimed piece of architecture. It is a rare case of a monument that isn't designed to extol the glories of the state. Quite the opposite in fact.

We also visit the statues in front of the Federal Trade Commission. Hear a private talk about the true story behind the remarkable statues of "Man Controlling Trade." The horse, you see, represents trade. And who trades? Well, we trade. That's what the whole of society does, every day. Trade means that people cooperate to their mutual benefit.

But look what happens. Some guy comes along and wrecks everything, stagnating progress and bullying us into not trading with each other. And this is supposed to be a great thing? From the government's point of view, yes. Note that this statue went up in 1942, when prices were fixed, rationing was in effect, and people were being drafted as fodder for the state's war.

This is the biggest joke that DC has ever played on the country. You see, everyone thinks that Ronald Reagan cut the state's size. He is known as a champion of minimal government. But, of course, they know otherwise in the Beltway. He zoomed up the welfare and warfare state as never before, bringing boom times to the state, and it was especially impressive that he did it even while claiming to do otherwise — and being denounced for doing otherwise.

This is a town where up is down, right is left, and wrong is right, so why not? But in this building, we have truth telling. It is the most gargantuan monstrosity to ever visit the vast real estate of the Imperial City. It houses the staff of the president. Truth in architecture!

We'll drag you to the nation's impressive and massive capitol, the seat of the government, and in to a random subcommittee meeting. See how inane the process of government truly is. Thankfully C-SPAN is available to provide a similar experience to the entire nation. However we find many tour members have never been able to watch C-SPAN for long enough to truly experience the DC reality.

Visitors have been known to experience severe bouts of boredom. Taking naps on the lawn is discouraged by Capitol Hill Police. For your convenience, complementary caffeine drinks will be provided before and after the visit.

HUD and The Department of Labor

We visit the massive buildings that — unlike Congress, the capitol, and official seat of the government — house the institutions that are running the country on a daily basis.

Department of Housing and Urban Development

Palaces of the World Bank and IMF

We visit the several palaces of the World Bank and IMF. We discuss the details of the employees' very high and completely untaxed salaries.

We visit the statue at the Iwo Jima Memorial, which commemorates the USMC.

Some are under the illusion that this memorial praising the United States' offensive invasion force was a memorial for those defending the country. Fortunately the memorial brilliantly lists practically every country the US military has ever invaded, etched around the sides.

If you've ever doubted that the USA is an empire, there will be little doubt after this visit.

We show you the inscription emblazoned on the top of the Internal Revenue Service's monumental headquarters.

Taxes are the price we pay for civilization.

This never fails to get a huge laugh.

The IRS is in a low-lying area. Ironically, during a storm in 2006, a flood flowed down the street and into the five-to-six-foot moat surrounding the building. The water pressure collapsed the windows around the sub-basement. The sub-basement was flooded with 20 feet of water. It had to close its own headquarters, due to the 95% damage to the electrical and mechanical equipment. 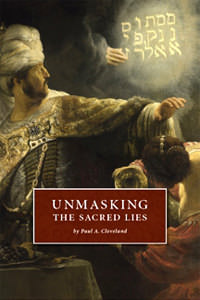 What never fails to make the biggest impression are the receptions. The lavish receptions are elaborate, decadent, and — most important —free to anyone with an attitude. One need never pay for a meal, and free scotch and shrimp are promptly available at 3:30 to anyone who knows where to go. This just doesn't happen in the real world.

For these events, tour members are encouraged to wear a jacket or suit and to exude the air of entitlement of a mid-level bureaucrat, party apparatchik, lobbyist, media member, think tank resident, or congressional staffer.

[bio] See his [AuthorArchive]. Thank you to Jeffrey Tucker for his comments and additions. Comment on the blog.