David Frum on the Gold Standard 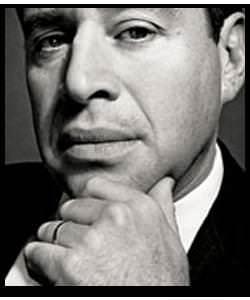 David Frum is on the warpath. In a National Review Online blog post, then an NPR commentary, and most recently in a National Post article, Frum has mercilessly ridiculed the gold standard. But as with most modern critiques of the "bad old days" of the laissez-faire 19th century, Frum's analysis is fraught with theoretical and historical problems.

Frum's main objection is that the gold standard is allegedly rigid, preventing the economy from smoothly adjusting to various shocks:

Since permanently abandoning gold convertibility in 1933, the US economy has experienced far less economic volatility. Recessions are fewer and shallower (if sometimes longer).

Of course, that's not the only way to balance accounts. There is another, the way Americans experienced in 1837, 1857, 1893, and 1930-33. In those years, the value of the dollar was fixed to gold. (One dollar = 1/20 of an ounce.) If something bad happened in the world or US economy, the dollar could not adjust. A recession was like a car accident without bumpers or crumple zones — the full pain was conveyed uncushioned to the riders in the cabin. Domestic asset values collapsed. Unemployment jumped overnight to 15% or 20%. Homes were lost, businesses disappeared.

There's a lot packed into this quote, making it hard to choose where to begin. Let's start with the claims about unemployment. First, Frum makes it appear as if 15% or even 20% unemployment was something typical under the gold standard. But no, the depression of 1893 had unemployment in the low-teens, and this downturn is generally ranked as the worst in US history except for the Great one in the 1930s.

Let's turn for a moment to the popular Depression. Yes, the United States was still on the gold standard at the start of it, and FDR took the United States off the standard in 1933. So from Frum's interpretation, one would expect that the unemployment rate shot up to its highest levels in the first year — he said "overnight" after all — and at the very least, started falling quickly after 1933 once FDR installed the shock absorbers.

In truth, the Great Depression can't be blamed on any single cause. As a subscriber to the Misesian theory of the boom-bust cycle, I happen to believe that the Federal Reserve — which was created precisely to smooth out macroeconomic growth just as Frum wants — created an artificial boom in the 1920s by issuing unbacked bank credit. Then, the unimaginably horrible policies of Hoover and then FDR in response to the inevitable contraction and readjustment just prolonged the misery. (Just look at this timeline to see what these two clowns did with tax rates during the greatest economic calamity in US history — and then you'll understand exactly why we look to these years as the greatest economic calamity in US history.)

Let's return to Frum's central point, namely that the gold standard makes the economy inflexible and volatile. According to Frum, recessions have been "fewer and shallower" since abandoning the link to gold.

There are several responses to this (typical) objection to gold. First, it completely ignores the causes of the "shocks" to the economy in the first place. Recessions are not an inherent feature of laissez-faire markets, but, on the contrary, are fostered by government intervention in the banking sector. Even during the 19th century, federal and state governments routinely relieved American banks of their contractual obligations — "bank holidays" and other privileges allowed banks to get away with issuing more credit than would have occurred if property rights were enforced. If government had kept its hands off and let the dreaded bank runs really run their course every time they occurred, it would have kept the bankers much more honest in the long run. Government-sponsored bailouts only lead to reckless lending.

However, this is a subtle point, and Frum could be forgiven for holding a different view on the cause of business downturns. So let's look at the raw data. Looking at GDP figures before the 1930s is problematic, since nobody tabulated them at the time for this purpose. Even so, relying on indirect methods, economic historians can construct a decent first approximation. Playing with these figures, I calculate that from 1875 to 1895, real GDP grew at an annualized rate of about 4.5%. In contrast, from 1975 to 1995, real GDP only grew at about 3.2% per year.

Now it's true, the volatility of the growth rates was higher during the first period; the standard deviation was 0.05 compared to 0.02. So at this point, one might conclude that the gold standard yielded faster but choppier growth. On the other hand, it occurred to me that this might be stacking the deck; after all, there have been all sorts of innovations (especially in financial markets) since 1895 to smooth out economic ups and downs. We obviously wouldn't want to say something analogous to, "The era of the gold standard was bad because it didn't have computers."

To really try to isolate the effects of the dollar's link to gold, I looked at the period 1955–1965, and compared it to 1975–1985. (Although FDR took US citizens off the gold standard in 1933, the United States was on a gold-exchange standard — it basically had to surrender gold for US dollars to foreign central banks upon demand — until Nixon closed the gold window in 1971.) And on this inspection, there's no contest. Real GDP grew at an annualized rate of about 4.5% in the first period, compared to only 3.4% in the second. And this time, the gold-(exchange-)standard growth was not only higher but it was even less volatile — the standard deviation in growth rates was 0.027 compared to 0.028.

Of course my quick calculations are not an exhaustive argument. If the reader wants something more scholarly, here's an NBER working paper that finds that the classical gold standard did indeed absorb trade shocks. These authors also conclude that after World War I the gold standard didn't do very well in this respect, but this isn't surprising: the whole point of the gold standard is that it limits the printing press, but this constraint became far less credible after the major governments abandoned convertibility during the First World War.1

It's tough to respond to Frum, since he never really spells out what he means by a "shock absorber" that our economy now supposedly has. Yes, in one sense, if we give the politicians a printing press with no strings attached, they can keep certain groups from experiencing sharp pangs of dislocation when it becomes evident that the economy is unbalanced.

For example, in a purely free market, if everyone decided to quit smoking tomorrow, tobacco farmers would be in a fix. They would see their sales collapse, and they would have to switch crops or possibly even sell their farms and go into another line of work. This would be painful, but a necessary adjustment if we believe that the purpose of an economy is to mobilize scarce resources to best satisfy consumer desires.

On the other hand, if we think that the function of an economic system is to provide jobs and income (measured in green pieces of paper), then the government could simply print up wads of cash to replace tobacco farmers' lost income stream.2 They could continue to grow their crops, even though no one wanted them anymore. Of course, under this scheme, prices in general would still rise; in effect, the entire community would absorb the loss from the farmers' miscalculations about future demand for their product.

Although Frum naturally doesn't say it explicitly, the only "cushion" that unbacked fiat money can provide is that it allows politicians to literally paper over crises, limping along from one to the next. Rather than having strong growth punctuated by acute — but quick — adjustments to new information, instead we have monotonous, sluggish growth.

In the extreme, outright socialism can completely eliminate painful readjustments. After all, no one has to worry about staying in business or keeping a job if the state draws up grand plans for the economy. And lest the reader think I'm taking things too far, just look at this revealing quote from Frum: "What the gold standard really is, fundamentally, is a rule that the nation's monetary stock should be determined, not by central bankers, but by miners. Why that should be regarded as an improvement by anyone, I cannot understand."

By the same token, why should we allow the tobacco stock to be determined by farmers? Would that be an improvement over central planners in agriculture, Mr. Frum?

The Supreme Virtue of Gold

Defenders of gold may be getting antsy for me to mention its supreme virtue — it shackles the hands of politicians and maintains the purchasing power of the dollar. To paraphrase Frum, why giving politicians of all people access to a printing press should be regarded as an improvement by anyone, I cannot understand.

In closing I will simply reproduce a chart showing the rise in dollar prices in recent decades. It's also a good mnemonic device; if you ever forget the time frame when the United States finally severed the dollar's link to gold, this picture should jog your memory: