GET NEWS AND ARTICLES IN YOUR INBOXPrint
A
A
Home | Mises Library | The Data Is Clear: Free Markets Reduce Poverty 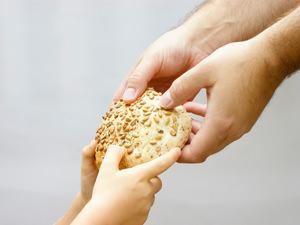 Some Catholic clergy have, once again, denounced supporters of laissez-faire capitalism. Cardinal Oscar Rodriguez Maradiaga claims that the free market economy is “a new idol” which creates inequality, excludes the poor, and that “this economy kills.” Cardinal Maradiaga does not speak alone. He quoted Pope Francis in his recent remarks and claimed that since the Pope “grew up in Argentina,” he “has a profound knowledge of the life of the poor.”

I have no doubt that Pope Francis has seen many poor people with his own eyes. But, our comprehension of the root causes of poverty requires both data on economic conditions and theoretical knowledge of economic systems. What does rational analysis of evidence tell us about global poverty?

It is an obvious fact that severe poverty has disappeared in the most industrialized countries. Nations like the US, UK, Switzerland, and Japan industrialized within what were predominantly laissez-faire free-market conditions. Even the so-called social democracies, like Sweden and Germany, developed in free-market conditions, and adopted extensive state welfare and regulatory programs only after achieving high levels of economic development and industrialization. World Bank data shows that there is inequality, but this inequality is between the free-market nations and the crony-capitalist and socialistic nations.1

The idea that domestic laissez-faire causes poverty is unfounded. It is a historical fact that India, China, and Kenya never tried capitalism, so this system was never given a chance to work. Furthermore, China and India have realized some progress in abating poverty since they moved in the direction of capitalism. Of course, China and India adopted regulated crony capitalism, but this is still better than their old socialist systems.

One could argue that global capitalism allows a few people in some nations to exploit the masses of other nations. Marxists have attempted to make this case since Lenin. Lenin revised Marx because even in his day it had become obvious that Marx’s prediction that capitalists would exploit domestic workers was refuted by evidence. We now know that Lenin’s attempt to blame poverty on global markets is wrong. As previously mentioned, economic conditions in China and India improved after switching from socialism to crony capitalism. China and India have also expanded trade in global markets.

There have been significant improvements in living conditions around the world over the past thirty years. The largest improvements in the poorest nations took place during the wave of globalization that took place twenty years ago, after the fall of the USSR. The collapse of the Soviet Union opened the door to unprecedented globalization of industry. What does real data tell us about poverty during this period? Per Capita GDP rose dramatically:

Thirty years ago half (50 percent) the people in the poorer nations of the world lived in extreme poverty. In 2012, 21 percent of people in the poorer nations of the world live in extreme poverty. Development of global markets has greatly lessened poverty around the world. This is a very important fact. Movement from being in the lowest global income bracket, to lower middle income to middle income means moving from average life expectancy in the low forties to life expectancy of fifty or sixty, respectively. Cardinal Maradiaga is wrong: this economy does not kill; it has extended the lives of the poorest people in the world.

A superficial examination of the world today reveals that there is poverty, that this poverty has real consequences for living-standards and life-expectancies, and that we do have global markets and capitalism in most of the world. Careful analysis shows that capitalism has truly lessened the severity of poverty over time, and that the main problem with capitalism in most nations is that it has too many elements of government regulation and cronyism. Pope Francis and Cardinal Maradiaga have good intentions, but their anti-capitalistic beliefs are unfounded. Their campaign against global capitalism endangers the poorest people of the world.