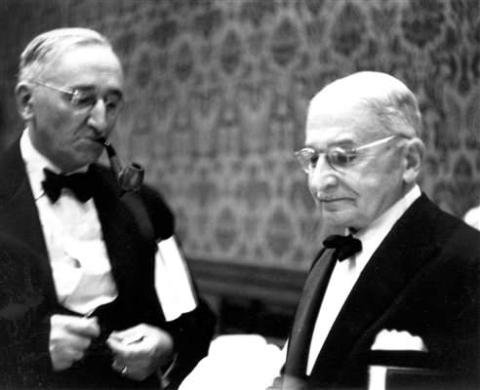 The outcome of a bet between Robert Murphy and David Henderson, made in 2009 about the impact of monetary ease on measured inflation has become the foundation for more attacks on Austrian economics by DeLong and Krugman. The bet:

At any point between now and January 2013, if there is a year/year increase in seasonally adjusted CPI that is at least 10%, then I pay Bob at that time $500. If we get to January 2013, and there has not been any 12-month stretch in which the above happened, then Bob pays me $500 at that time.

While Robert Murphy can, and most likely will defend the Austrian position well, Mario Rizzo, at ThinkMarkets, responding to this unwarranted criticism of Austrian business cycle theory (ABCT) based on a faulty understanding of the actual theory, has provided some very interesting commentary on ABCT and the current recession and recovery in his post of 31 December, “Clarifications of the Austro-Wicksellian Business Cycle Theory," Rizzo appropriately warns:

[T]he theory is fundamentally one about the “upper turning point” in the cycle—it is a theory about why a credit-induced boom must come to an end. It is not a theory, for better or worse, about the “secondary” factors that develop consequent on the break-up of the boom.

This is not Rizzo’s first attempt to provide Austrian analysis of this most recent boom-bust episode. Readers of Mises Dailies may remember Rizzo’s 2009 application of ABCT to the events leading up to the 2007 bust, “The Misdirection of Resources and the Current Recession.”

A highlight from the earlier contribution:

As a microeconomist [Emphasis mine], however, I wish to emphasize the resource-allocation issues that characterize both the current situation and its underlying causes. I do this because the macroeconomic way of thinking typically ignores all this. In doing so, it ignores the complexity of our system and generates policies that will not bring lasting recovery.

Professor Rizzo makes and reinforces what is a key point in much of Hayek’s work in monetary theory and cycle theory: the microeconomic nature of the problem. This microeconomic nature is NOT captured in highly aggregated macro models; even those with supposed micro-foundations. All such models lack an adequate capital theory for clearly understanding the source of the problem and the key to recovery.

Those lectures [Cambridge and LSE P and P lectures of 1931] were also the first occasion at which I made use of what became the leading theme of most of my later work, an analysis of the signal function of prices in guiding production, a conception which I first expounded systematically a few years later in my presidential address to the London Economic Club on “Economics and Knowledge.” It has ever since been growing more central to my thinking on economic theory.

The text of both lectures (Cambridge 1931 and LSE 1981) appears in print for the first time in volume 8 of The Collected Works of F.A. Hayek. Both are well worth a read, especially with so much current misplaced emphasis on consumer spending (and government spending) as a key to recovery and renewal of economic growth and prosperity.

The Cambridge lecture is the location of Joan Robinson’s story on an exchange between Richard Kahn and Hayek, which was intended to discredit Hayek. The exchange was first reported by Joan Robinson (Joan Robinson, 1972 Richard T. Ely Lecture) nearly forty years after the fact, after claiming “I very well remember Hayek's visit to Cambridge on his way to the London School.” Per Robinson,

"Is it your view that if I went out tomorrow and bought a new overcoat, that would increase unemployment?”

"Yes," said Hayek, "but," pointing to his triangles on the board, "it would take a very long mathematical argument to explain why."

Kahn in 1984 (The Making of Keynes' General Theory, Mattioli Lectures, Cambridge University Press, 1984) repeats the anecdote, but there is something odd about Kahn’s (p. 182) telling of the story, then nearly 50 years after the fact. He uses Robinson’s words exactly in describing the exchange (Khan’s question and Hayek’s answer) and then cites in a footnote, Robinson, Contributions to Modern Economics (1978, pp. 2–3).

The report of this “exchange” was used by extreme critics of Hayek to make Hayek look ridiculous. More recently, modern critics of Hayek have repeated the exchange for the same purpose. For particular examples, see Robert Skidelsky in a debate with George Selgin at the LSE discussing Hayek versus Keynes and a blog post by Brad DeLong. The more ridiculous argument is not Hayek’s. It is in fact the position that consumer spending, and not production , creates wealth and prosperity. Patrick Barrington, in “I Want to be a Consumer” (originally published in Punch (April 25, 1934), and reprinted in Hazlitt’s The Failure of the “New Economics,” pp. 133–134), made great fun of "economists" advocating "the purchase of overcoats" to cure recession (the poem is available here.)

Hayek remained a critic of consumer spending as stimulus. From Unemployment and Monetary Policy: Government as Generator of the Business Cycle (p. 42):

We must certainly expect recovery to come from a revival of investment.

He then cautions that a return to sustainable growth and high employment is not likely if the wrong policies are adopted:

Neither subsidization of investment nor artificially low interest rates is likely to achieve this position. And least of all is the desirable (i.e., stable) form of investment to be brought about by stimulating consumer demand [Emphasis mine].

Rizzo provides an important reminder of what the Austrian theory implies about current monetary policy. Per Rizzo:

The Austrian theory rests, not on a catalyzing effect of core inflation or headline inflation, but on changes in relative prices that cause resources to be allocated in ultimately unsustainable ways. . . .

This point is especially important in the early stages of recovery when there is so much unused capacity and previous investment pessimism that expansions in bank credit (not meaning base money) may be returning to sustainable levels and inflation in the usual sense is unlikely. Nevertheless, as the recovery proceeds, there is a danger that maintenance of low interest rates by the central bank for long periods can induce a distorted character of investment, even as the total amount of investment measured throughout the economy has not recovered.

The important point is that, for Hayek, investment is not a homogeneous phenomenon. It matters where the investment is (that is, stages farther from or nearer to consumption). Not all investment should be analogized to simple inventory investment.

The policy-relevant point is that if the central bank decides not to allow interest rates to rise until aggregate investment has recovered to boom levels, it will have waited too long. The character of the investment will be distorted. Malinvestments will set in—even without inflation.

"Rethinking Capital-Based Macroeconomics" by Adrian Rávier provides theoretical arguments underlying Rizzo’s warning about the future instability being created by today’s QE infinity monetary policy. Just as the policy response to the boom-bust episode of the late 1990s and early 2000s generated the boom-bust of 2004–2009 (see "Hayek and the 21st Century Boom-Bust and Recession-Recovery"), the most likely eventual outcome of current policy is a repeating boom-bust pattern, with the malinvestments from each new boom destroying capital and retarding economic prospects for the future, relative to what would have developed in a less hampered economy. Joseph Salerno ( "A Reformulation of Austrian Business Cycle Theory in Light of the Financial Crisis") sums it up nicely:

Once we understand the ABCT as a theory of the destruction and renewal of both the capital structure and monetary calculation, we are in a position to fully account for the events of the past decade. Furthermore, given the unprecedented monetary interventions by the Fed and the enormous deficits run by the Obama admin­istration, ABCT also explains the precarious nature of the current recovery and the growing probability that the U.S. economy is headed for a 1970s-style stagflation.