GET NEWS AND ARTICLES IN YOUR INBOXPrint
A
A
Home | Mises Library | Cronyism: Liberty versus Power in Early America, 1607–1849 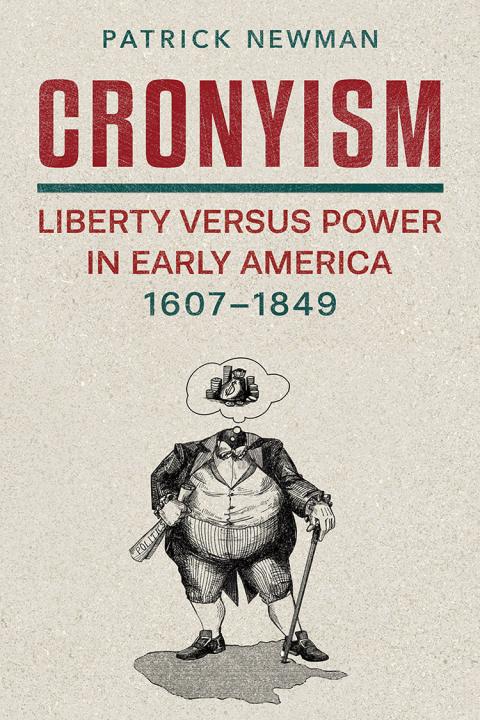 From the Introduction to Cronyism: Liberty versus Power in Early America, 1607–1849.

The present book is an economic and political history of early  America, describing government policies and their effects on marketplace activity. In particular, it is a history of cronyism: when the government passes policies to benefit special-interest politicians,  bureaucrats, businesses, and other groups at the expense of the general public. Examples include a central bank’s selective credit expansion, discriminatory taxes and regulations, business subsidies, territorial acquisitions, and other foreign policy maneuvers, and new constitutions. The rewards of cronyism take the form of monetary gains, particularly increased incomes and profits for individuals and businesses, or psychic gains from greater power and authority. The government’s claim that it passed legislation to enhance public welfare is only a thin veneer for privileges and redistribution.

Special-interest legislation is inherent in the very nature of government. On the free market, the network of voluntary exchanges, all activity is based on individual liberty and results in mutually beneficial outcomes. The competitive profit and loss mechanism incentivizes individuals to produce goods and services that consumers desire. However, the government, the legitimated monopoly of power, lacks this mechanism and produces outcomes that are harmful to society. The incentive structure is different: unlike the Invisible Hand of the market, individuals that control the coercive Visible  Hand are encouraged to pass legislation that benefits themselves at the expense of others. The stronger the government, the more lucrative the rewards. To control the government machinery is to control the levers of cronyism.

Researchers have analyzed American special privileges before, but their studies focus on individual cases in select time periods that remain unintegrated into an overarching narrative. There is still a need for an overview of cronyism that covers the motivations behind and development of relevant policies, their effects on the economy, and the critical attempts to reform the system. To achieve this goal, I utilize the “Liberty versus Power” theory, developed by  Murray Rothbard in his five-volume Conceived in Liberty series. It contains three core components.

First, history is a clash between the forces of liberty, or those in favor of individual decision making and the market allocating resources, and the proponents of power, the factions that support coercion and government organization of production. Libertarians want to reduce government power to limit cronyism while statists strive for the opposite. Favoritism is limited when a substantial interest with an ideological and pecuniary incentive to promote freedom exists. Otherwise,  only clashing groups that want to control power mitigates special privileges. The liberty and power forces, with a spectrum in between, continually define the evolution of a government’s interference with the free society. When liberty triumphs overpower, cronyism is reduced;  when the opposite occurs, privileges increase.

Second, those who control the government’s power are corrupted over time. To quote Lord Acton, “power tends to corrupt and  absolute power corrupts absolutely.” I define corruption as the willingness of government officials to push for interventions that benefit themselves and other favored interests. Coercion and the use of force increases the ability to dispense favors, which incentivizes its occurrence. While there is often a strong moral element to corruption, my primary focus is the increased inducement to secure special-interest policies. Lord Acton’s famous quote can be modified accordingly:  “power tends to incentivize cronyism and absolute power incentivizes cronyism absolutely.” Cronyism is due to the corrupting nature of government power and only by eliminating it can society destroy such favoritism.

Third, reforms that eliminate restrictions and redistributions are difficult to achieve because they require smaller government. This can only be accomplished through an outside amputation of power,  particularly secession, or a change in the administrative leadership that internally dismantles the government’s power. The problem with reform, internal or external, is that any attempt requires laissez-faire proponents to use the coercive structure to enact their preferred policies. However, power tends to corrupt, which means that the previous advocates of freedom ineluctably start to pass their own special privileges. Radicals lose sight of their original goals, moderates stress the need to compromise with the opposition, and political office increases the incentive to provide favors to supporters. Soon the temptation to grant cronyism becomes irresistible. While in office, the libertarian faction transforms into a new coalition indistinguishable from the former statist party.

My thesis is the following: in early American history, special privileges increased in a staggered fashion and the Liberty versus  Power theory explains this evolution. A majority of the population adhered to a basic libertarian ideology while the remainder supported big government. When the interventionist parties, i.e., the Federalists, National Republicans, and Whigs, secured control, cronyism shot upwards. When the people elected the reform parties—the Anti-federalists, Republicans, and Democrats—cronyism declined before increasing due to the corrupting nature of power. The ultimate driver of privileges on both sides was the insatiable urge to create an empire,  a territorially vast and influential country. Statists wanted to replicate the European empires that easily facilitated cronyism. In stark contrast, libertarians envisioned their empire consisting of small independent governments that shared classical-liberal values. However, power and the lure of territorial acquisition corrupted the libertarian parties into creating the same belligerent empires they previously weakened.

Therefore, cronyism increased in a nonlinear fashion. To prove my thesis, I describe the history of special-interest legislation over the backdrop of political history. My narrative concentrates on the motivations of the major “players,” or America’s “Great Men”— the politicians and businessmen involved in the legislative process— and their attempts at reform. As a result, my work is “a throwback to  a traditional approach to politics, focusing on elections, parties, and  the maneuvering of elite white males in government.”

By utilizing the Liberty versus Power theory and a political narrative that stresses the Great Man perspective, I have intentionally made this work “old fashioned,” and deservedly so, given that the goal is to accurately study  American cronyism.

Patrick is Assistant Professor of Economics at Florida Southern College. He completed his PhD in...

Austrian Economics versus the Federal Reserve

Recorded at the Arizona Biltmore Hotel in Phoenix, Arizona on October 7, 2022.