Come Back to Gold 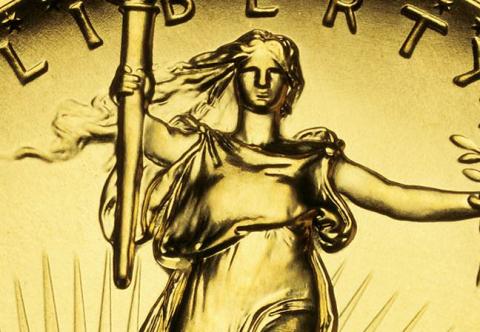 The gold standard was an international standard. It safeguarded the stability of foreign exchange rates. It was a corollary of free trade and of the international division of labor. Therefore those who favored etatism and radical protectionism disparaged it and advocated its abolition. Their campaign was successful.

Even at the height of liberalism governments did not give up trying to put easy money schemes into effect. Public opinion is not prepared to realize that interest is a market phenomenon which cannot be abolished by government interference. Everybody values a loaf of bread available for today's consumption higher than a loaf which will be available only ten or a hundred years hence. As long as this is true, every economic activity must take it into ac­count. Even a socialist management would be forced to pay full re­gard to it.

In a market economy the rate of interest has a tendency to cor­respond to the amount of this difference in the valuation of future goods and present goods. True, governments can reduce the rate of interest in the short run. They can issue additional paper money. They can open the way to credit expansion by the banks. They can thus create an artificial boom and the appearance of prosperity. But such a boom is bound to collapse sooner or later and to bring about a depression.

No international agreements or international planning is needed if a government wants to return to the gold standard. Every nation, whether rich or poor, powerful or feeble, can at any hour once again adopt the gold standard. The only condition required is the abandonment of an easy money policy and of the endeavors to com­bat imports by devaluation.

The question involved here is not whether a nation should return to the particular gold parity that it had once established and has long since abandoned. Such a policy would of course now mean deflation. But every government is free to stabilize the existing ex­change ratio between its national currency unit and gold, and to keep this ratio stable. If there is no further credit expansion and no further inflation, the mechanism of the gold standard or of the gold exchange standard will work again.

All governments, however, are firmly resolved not to relinquish inflation and credit expansion. They have all sold their souls to the devil of easy money. It is a great comfort to every administra­tion to be able to make its citizens happy by spending. For public opinion will then attribute the resulting boom to its current rulers. The inevitable slump will occur later and burden their successors. It is the typical policy of après nous le déluge. Lord Keynes, the champion of this policy, says: "In the long run we are all dead."2 But unfortunately nearly all of us outlive the short run. We are destined to spend decades paying for the easy money orgy of a few years.

Inflation is essentially antidemocratic. Democratic control is budgetary control. The government has but one source of revenue—taxes. No taxation is legal without parliamentary consent. But if the government has other sources of income it can free itself from this control.

If war becomes unavoidable, a genuinely democratic govern­ment is forced to tell the country the truth. It must say: "We are compelled to fight for our independence. You citizens must carry the burden. You must pay higher taxes and therefore restrict your consumption." But if the ruling party does not want to imperil its popularity by heavy taxation, it takes recourse to inflation.

The days are gone in which most persons in authority considered stability of foreign exchange rates to be an advantage. Devaluation of a country's currency has now become a regular means of restrict­ing imports and expropriating foreign capital. It is one of the methods of economic nationalism. Few people now wish stable foreign exchange rates for their own countries. Their own country, as they see it, is fighting the trade barriers of other nations and the progressive devaluation of other nations' currency systems. Why should they venture to demolish their own trade walls?

Some of the advocates of a new international currency believe that gold is not fit for this service precisely because it does put a check on credit expansion. Their idea is a universal paper money issued by an international world authority or an international bank of issue. The individual nations would be obliged to keep their local currencies at par with the world currency. The world authority alone would have the right to issue additional paper money or to authorize the expansion of credit by the world bank. Thus there would be stability of exchange rates between the vari­ous local currency systems, while the alleged blessings of inflation and credit expansion would be preserved.

These plans fail, however, to take account of the crucial point. In every instance of inflation or credit expansion there are two groups, that of the gainers and that of the losers. The creditors are the losers; it is their loss that is the profit of the debtors. But this is not all. The more fateful results of inflation derive from the fact that the rise in prices and wages which it causes occurs at different times and in different measure for various kinds of commodities and labor. Some classes of prices and wages rise more quickly and to a higher level than others. While inflation is under way, some people enjoy the benefit of higher prices on the goods and services they sell, while the prices of goods and services they buy have not yet risen at all or not to the same extent. These people profiteer by virtue of their fortunate position. For them inflation is good business. Their gains are derived from the losses of other sections of the population. The losers are those in the unhappy situation of selling services and commodities whose prices have not yet risen at all or not in the same degree as the prices of things they buy for their own consumption. Two of the world's greatest philosophers, David Hume and John Stuart Mill, took pains to construct a scheme of inflationary changes in which the rise of prices and wages occurs at the same time and to the same extent for all commodities and services. They both failed in the endeavor. Modern monetary theory has provided us with the irrefutable demonstration that this disproportion and nonsimultaneousness are inevitable features of every change in the quantity of money and credit.3

Under a system of world inflation or world credit expansion every nation will be eager to belong to the class of gainers and not to that of the losers. It will ask for as much as possible of the ad­ditional quantity of paper money or credit for its own country. As no method could eliminate the inequalities mentioned above, and as no just principle for the distribution could be found, antago­nisms would originate for which there would be no satisfactory solution. The populous poor nations of Asia would, for instance, advocate a per capita allotment, a procedure which would result in raising the prices of the raw materials they produce more quickly than those of the manufactured goods they buy. The richer nations would ask for a distribution according to national incomes or ac­cording to the total amount of business turnover or other similar standards. There is no hope that an agreement could be reached.