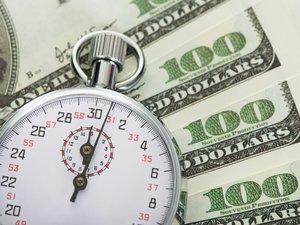 Time Preference Is the Driving Force

But Carl Menger and Ludwig von Mises suggested otherwise and concluded that the driving force of interest rate determination is not the central bank, but an individual’s time preferences.

That which is abandoned is called the price paid for the attainment of the end sought. The value of the price paid is called cost. Costs are equal to the value attached to the satisfaction which one must forego in order to attain the end aimed at.

For instance, an individual who has just enough resources to keep himself alive is unlikely to lend or invest his paltry means. The cost of lending, or investing, to him is likely to be very high — it might even cost him his life if he were to consider lending part of his means. So under this condition he is unlikely to lend, or invest even if offered a very high interest rate.

Once his wealth starts to expand, the cost of lending — or investing — starts to diminish. Allocating some of his wealth toward lending or investment is going to undermine, to a lesser extent, our individual’s life and well being at present. From this we can infer that anything that leads to an expansion in the real wealth of individuals gives rise to a decline in the interest rate (i.e., the lowering of the premium of present goods versus future goods). Conversely, factors that undermine real wealth expansion lead to a higher rate of interest.

Time Preference and the Demand for Money

This means that for a given stock of money, there will be now a monetary surplus.

To get rid of this monetary surplus people start buying various assets and in the process raise asset prices and lower their yields. Hence, the increase in the pool of real wealth will be associated with a lowering in the interest rate structure.

The converse will take place with a fall in real wealth. People will be less eager to lend and invest, thus raising their demand for money relative to the previous situation. This, for a given money supply, reduces monetary liquidity — a decline in monetary surplus. Consequently, this lowers the demand for assets and thus lowers their prices and raises their yields.

What will happen to interest rates as a result of an increase in the money supply? An increase in the supply of money means that those individuals whose money stock has increased are now much wealthier.

Hence this sets in motion a greater willingness to invest and lend money. The increase in lending and investment means the lowering of the demand for money by the lender and by the investor. Consequently, an increase in the supply of money coupled with a fall in the demand for money leads to a monetary surplus, which in turn bids the prices of assets higher and lowers their yields.

As time goes by the rise in price inflation on account of the increase in the money supply starts to undermine the well being of individuals and this leads to a general rise in time preferences. This lowers an individuals’ tendency for investments and lending, i.e., raises the demand for money and works to lower the monetary surplus — this puts an upward pressure on interest rates.

In a market economy within the framework of a central bank, the key factor that undermines the pace of real wealth expansion is the monetary policy of the central bank.

It is loose monetary policy that undermines the stock of real wealth and the purchasing power of money. We can thus conclude that a general increase in price inflation — resulting from an increase in the money supply and a consequent fall in real wealth — is a factor that sets in motion a general rise in interest rates. Meanwhile, a general fall in price inflation — in response to a fall in the money supply and a rise in real wealth — sets in motion a general fall in interest rates.

Mises: "The experience with which the sciences of human action have to deal is always an experience of complex...

Boom to Bust: How Inflation Turns into Deflation

Seemingly endless amounts of fiscal and monetary stimulus will keep prices rising in the near term. But if the...